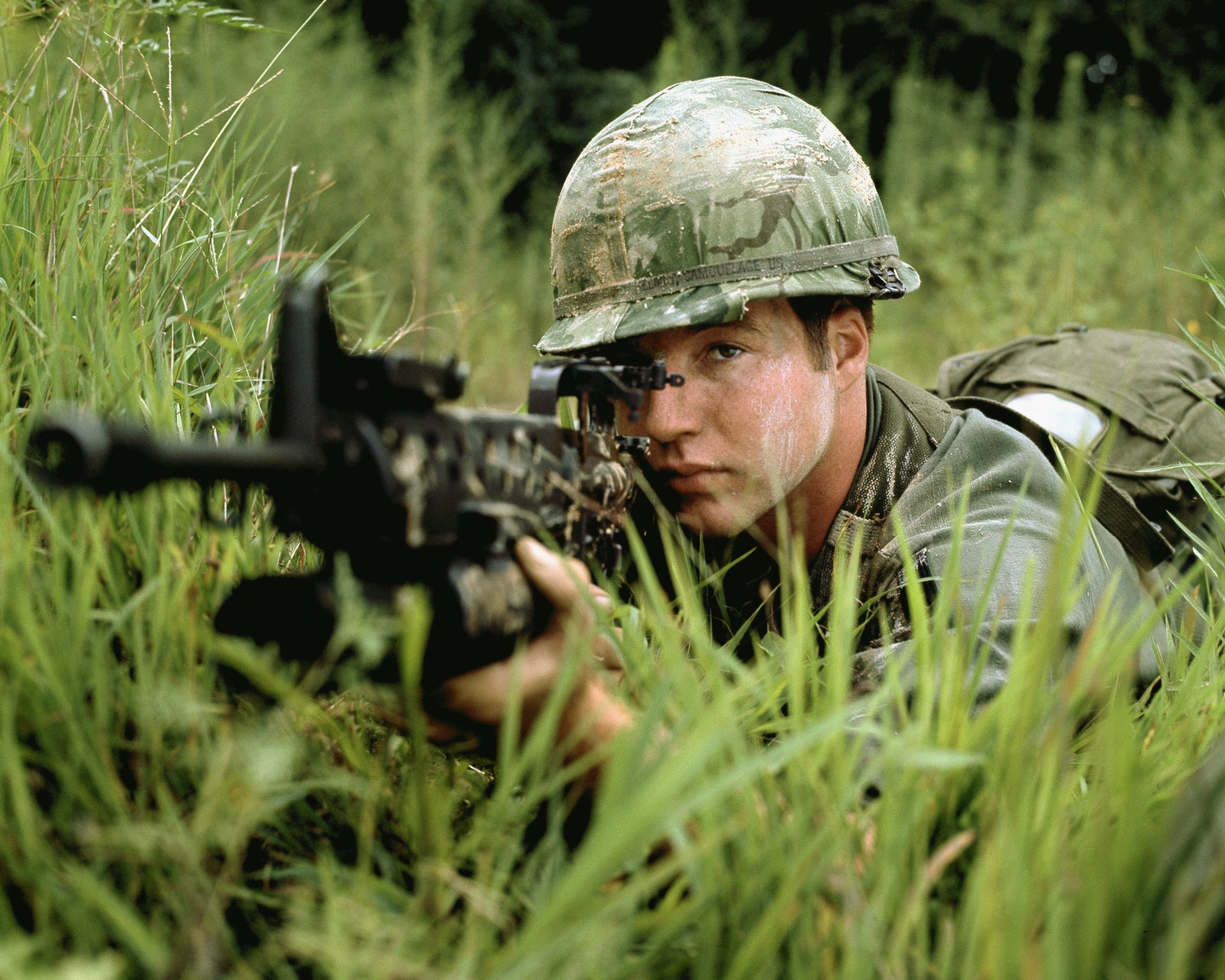 A US Army soldier aims an M16A1 rifle equipped with an M203 grenade launcher.

Due to COVID-19 considerations, full integration of the new rifle qualification in 2020 was slowed. However, more and more units in both Forces Command and Training and Doctrine Command are starting to test their soldiers on the new standards.

Training and evaluation for the rifle and carbine qualification is broken down into six tables: preliminary marksmanship instruction and evaluation, pre-live fire simulation training, magazine and shooting position drills, grouping and zeroing, practice qualification, and qualification. “Soldiers start by receiving a series of classes on how to properly zero the rifle, whether it’s a bare rifle or with optics,” said Staff Sgt. Tadeysz Showers, assigned to the 25th Sustainment Brigade. “Soldiers received classes on laser bore sight, Minute of Angle (MOA), zeroing process, windage, ballistics, and also received EST training and practiced position changes before going to a live range.”

The rifle qualification consists of four firing phases for which soldiers will employ four magazines with 10 rounds each. 40 targets will pop up on their own or in groups for varying lengths of time depending on their distance. Soldiers will fire from the standing unsupported, prone unsupported, prone supported, kneeling supported, and standing supported positions. A barricade is used to simulate cover and provide a more stable shooting position for supported fire. Transitioning between positions and changing magazines are integrated organically into the course of fire in order to more closely simulate real-world combat situations. “The old rifle qualification did not help in combat situations, so they incorporated magazine exchanges and position changes by yourself to represent combat,” said Staff Sgt. Tadeysz Showers, assigned to the 25th Sustainment Brigade. “No matter the military occupational specialty (MOS), any MOS can teach a Soldier how to do this new weapons qualification.”

Whereas commanders could previously dictate whether or not their soldiers could shoot “slick” without their body armor and helmet, the new rifle qualification requires soldiers to wear them. Magazines are retained on the soldier’s gear rather than laying ready on the ground or on a sandbag in order to more closely simulate a combat situation. The first shot of the qualification will be on a close-range target from the standing unsupported firing position. From there, soldiers will transition into the prone unsupported firing position and engage the next nine targets through a port in the bottom of the barricade. The last 30 targets will appear in three waves of 10 with soldiers conducting magazine and firing position changes on their own in between.

The new qualification also includes guidance for night and CBRNE shooting. Soldiers will be expected to utilize night-vision goggles, IR lasers, and gas masks to engage targets under adverse conditions. The inclusion of these variables reflects the Army’s return to training for a near-peer fight against conventional armies. Additionally, soldiers will no longer be given alibis. Previously, if a soldier experienced a weapon malfunction during their course of fire, they could be given the opportunity to re-shoot. Now, soldiers will be expected to assess and clear the malfunction during the course of fire and continue to engage targets. Any missed targets during this time will count against them. While this can make the qualification more difficult, it encourages soldiers to build the muscle memory necessary to address such variables under stress.

Some aspects of the old rifle qualification have carried over though. Soldiers are still required to hit 23 of the 40 targets in order to qualify. 23-29 hits earns a Marksman qualification, 30-35 hits earns a Sharpshooter qualification, and 36-40 hits earns an Expert qualification. “This new weapons qualification is more combat oriented with changing positions, changing magazines and engaging the targets,” said Sgt. Octavius Moon assigned to the 25th Sustainment Brigade. “This will help Soldiers shoot better as well as make ranges faster and have more Soldiers qualified. It helps Soldiers become more knowledgeable about their weapon as well.”