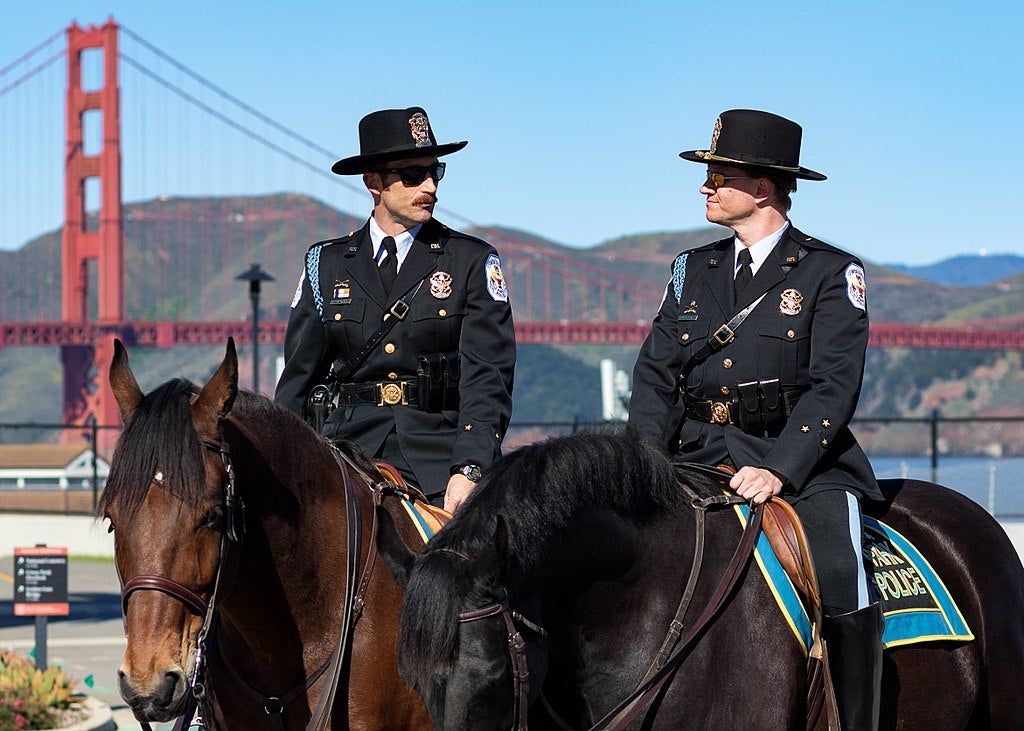 Every government has an obligation to provide police officers with modern equipment in order to enforce the law. In the olden days, sheriffs were only armed with a handgun, but modern police officers are provided with several tools, including a walkie-talkie, minute microphones, body cameras, and necessary weaponry – sometimes even tanks! With all these modern equipment offering conveniences, it might be difficult to understand why some states still enforce old policing techniques such as mounting police officers on horsebacks in cities. As it turns out, these ancient methods are crucial and come in handy where modern techniques are unable to.

A handful of mounted police officers can deal with rioting fans within minutes. Controlling crowds while mounted is easier for the officers because horses are large, strong creatures. No one can dare stand in their way, typically because humans naturally fear large creatures, whether harmless or not. Besides, mounted police officers are used in big cities because it is difficult to harm a horse compared to police cars. Unlike police cars, horses is compelled to fight back if you try to hit.

At the same time, ease of maneuverability is the other reason police officers use horses instead of cars. Horses can independently walk around obstacles and find their way in tiny spaces like sidewalks. While cars can also maneuver in such places, it is not practical to use them when crowds are gathered as it can lead to further congestion on the street. In general, a horse will move faster in crowded places and without using any fuel. Although not the main purpose of using horses, it is right to say that they also contribute to environmental conservation. Search and rescue missions in large cities are also normally conducted by police mounted on horses. This is because the horses can cover long distances for many hours without tiring while bearing the weight of the police officer.

Some cities still use horses for patrol because of cultural reasons. Horses are largely integrated with history as they have been in use since time immemorial. In countries like Sweden, they are used to symbolize the irreplaceability of these creatures in their traditions. Some traditional customs cannot be outdone by modern technologies no matter how old they are because they still offer convenience and quality service. Even the thin blue line needs a cavalry.