This is the World War II history of the Foo Fighters 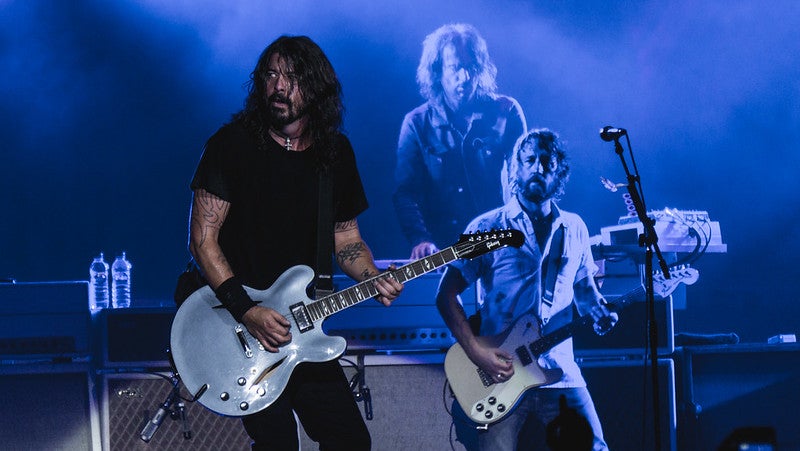 The rock band Foo Fighters didn’t just put some gibberish out there and call it a band name. Frontman Dave Grohl was actually reading a book about UFOs and he picked a name that, at the time, seemed to fit.

Grohl is referring to the World War II slang term among fighter and bomber crews who believed they saw UFOs: “foo fighters.”

According to the Smithsonian Institution’s Air and Space magazine, an Allied aircrew of World War II consisting of pilot Edward Schlueter, radar observer Donald J. Meiers and intelligence officer Fred Ringwald reported a series of bright orange lights in the air off their left wing.

The lights disappeared and reappeared a number of times. Meiers dubbed them “foo fighters,” from a nonsense word in a popular cartoon of the time.

They never showed up on radar and appeared to multiple aircrews of the 415th Night Fighter Squadron. They outmaneuvered all the aircraft and flew as fast or faster than 200 miles per hour.

Reports from the era say the pilots reported feeling “scared shitless” though the lights never caused damage to the airframes.

The Air Corps sent investigators to the 415th after journalist Robert Wilson published a front-page story in newspapers across America, but the investigation never saw the light of day. Even a CIA-funded panel of physicists failed to offer an explanation.

As for the band name, Grohl believes the name hasn’t really stood the test of time.

“Had I actually considered this to be a career, I probably would have called it something else, because it’s the stupidest f*cking band name in the world,” Grohl said.