This is why US troops still wear laces on their boots 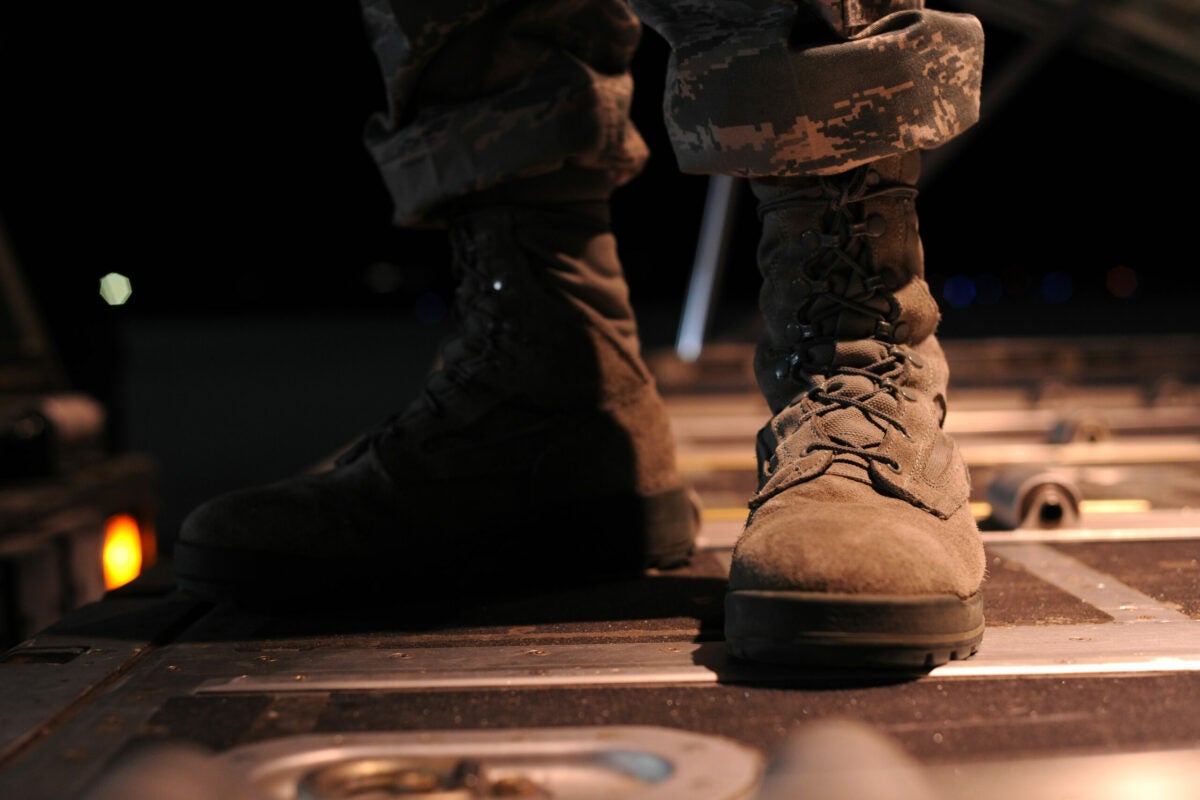 With all the advances in military clothing technology these days, there’s still one glaring holdover from the days of military uniforms gone by: boot laces. We have velcro work uniforms, and velcro body armor, zippers on work pants, and plastic buckles have replaced the old metal clasps on web gear.

Yet, every day, U.S. troops are lacing up their boots just like Arnold Schwarzenegger did in Commando 30-plus years ago. What gives?

The truth is that there’s actually a good reason for all the combat/work uniform gear that American troops wear every day. From the way it’s worn, to what it’s made of, to how it’s worn, it all actually has an operational value to it. The most enduring reason velcro isn’t used as a means to secure one’s boots is that shoelaces are built to last, like most other military-grade gear. Velcro wears out after repeated use and becomes less and less sticky with time.

Another reason for laces securing their boots is that if one of the laces does happen to wear out and snap, a spare boot lace can be secured pretty easily. All a Marine at a combat outpost in the hills of Afghanistan has to do to re-secure his boot is to get a lace and lace it up. If it were secured with velcro, both sides being held together would require a seam ripped out and new velcro patches sewn in its place.

Speaking of austere locations, has anyone ever tried to use velcro when it was soaking wet or caked in mud? For anyone who’s ever seen a recruiting video for any branch of the military (including the Coast Guard), it becomes pretty apparent that mud, water, and lord-knows-what-else are occupational hazards for the feet of the average U.S. troop. Bootlaces don’t need to be dry, clean, or chemical agent-free to work their magic, they just work.

The whole idea behind clothing a capable, combat-ready force is to eliminate the worry about the clothing as long as each individual troop follows the clothing guidelines. Everything about military work gear and combat uniforms is that they can be worn relatively easily and their parts can be replaced just as easily – by even the least capable person in a military unit.

Finally, the most significant reason troops need laced-up boots instead of goofy velcro attachments is the most unique aspect to their chosen profession: the idea that they may be in combat at some point. Military combat medics will tell you that the easiest way to access a wounded foot area is to simply cut the laces away and toss the boot. That’s probably the biggest combat-related factor.

Besides, where would Marines string their second dog tag if they secured their boots with velcro?