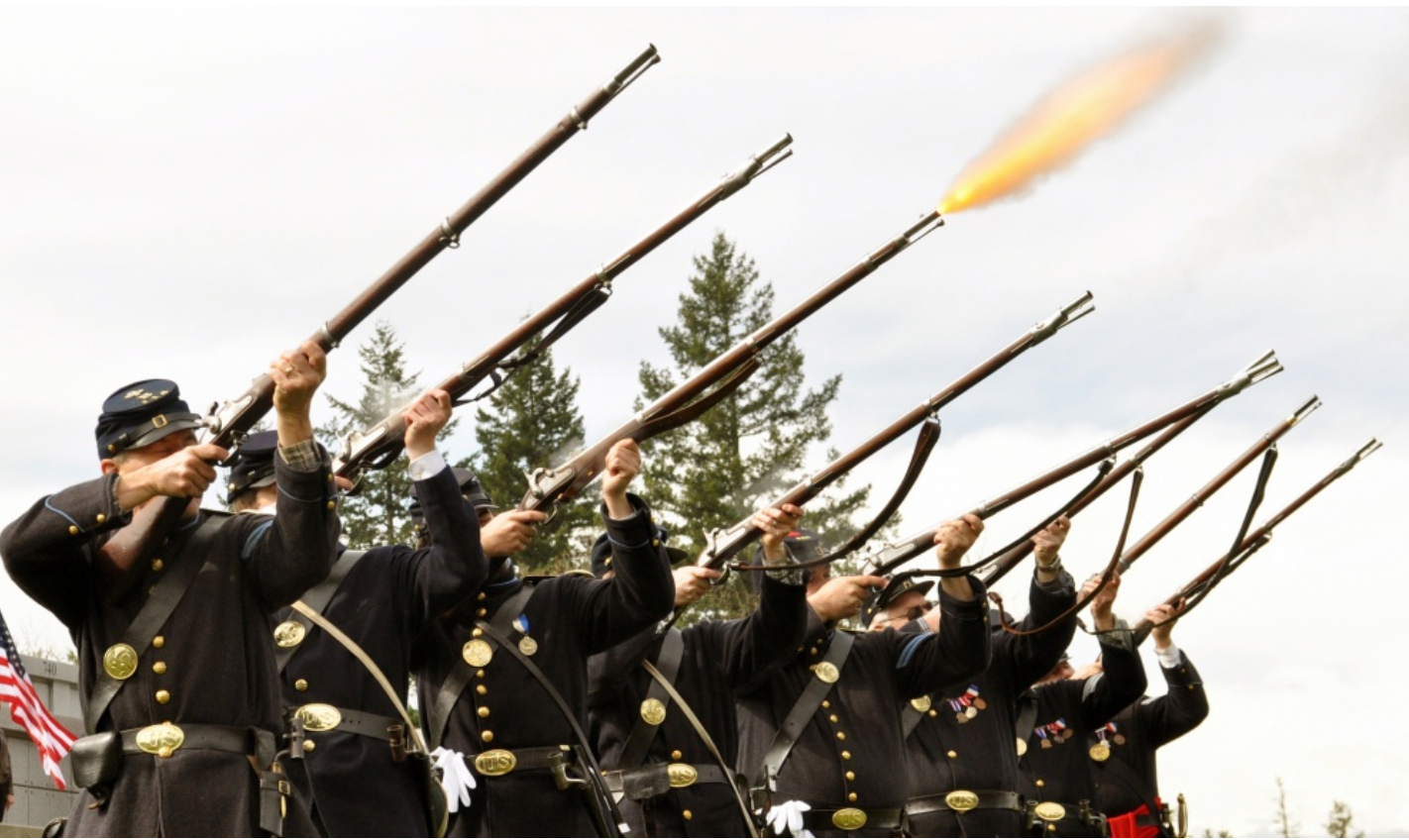 There’s no denying the fact that fashion trends change over time. Think back to what we were wearing 10 years ago … or 20. The clothing choices of our past are laughable. But when we go even further back, to the days of discomfort and disfunction, that statement is brought to an extreme. Wartime clothes and civilian wear alike was completely different in the 1860s. Bonnets and skirs abounded, and war uniforms were hot and rarely functional.

Take a look at just how different the clothing was during these times — and consider how life might have been in wearing these complicated rigs. (And with no air conditioning — we shudder at the thought.) Together, we consider just how far military wear has come and how function meets daily operations.

Considering we were fighting ourselves, it’s not hard to believe that solider uniforms — Union and Confederate alike — were quite similar. The main distinction between sides were the colors and footwear.

Union soldiers wore a navy blue top and a lighter blue on their pants. They also wore black boots that were cuffed with white ankle coverings. Meanwhile, Confederate soldiers wore gray pants, gray tops, and black boots. The cuts and manners in which gear was worn were very similar, most notably, a roll pack on the back and spike bayonet on the rifle.

Meanwhile, women wore big, billowing dresses that flowed out with hooped undergarments. Gloves, bonnets and button-down boots were also daily norms. These fancier outfits were common at the time for women who spent their days socializing. But after the onset of the war, dresses became less elaborate and certain accessories, like gloves, were often done away with altogether. Higher classes still dressed to impress, while those who joined war efforts had to opt for more practical wear.

Working dresses were most often long sleeved and accompanied by aprons. Classes usually wore different types of fabrics, too. With lower class opting for cotton or coarser materials, while upper class chose fabrics with big patterns, stripes, and textures like velvet and silk.

Due to the high death rate of the war, all classes usually owned black outfits to express their mourning after losing a loved one.

Those who were not fighting had their own style of dress during the Civil War. Rich men usually wore suits and hats. Suits had big long coats and hats were tall and wide-brimmed. The thought process at the time was that excess fabric cost more money, so clothes were often big and billowing. Dresses also had excess fabrics on the skirts.

While working classes wore big, loose pants that were usually held up with suspenders. Loose, long-sleeved cotton shirts topped off the look with a tie or ascot for style, and tall boots.

Kids were usually dressed in clothing very similar to their parents … just shorter. For instance, dresses and trousers were usually mid-calf level for girls and boys, respectively. This was to differentiate kids’ clothing. It also allowed kids to wear the same pieces as they grew taller. The main difference was younger males who wore dresses, which traditionally took place until or around the age of 5. However, this tradition changed around the 1860s — the start of the war — when young boys began wearing knickerbockers, which were wide-legged pants that buttoned at the knee.