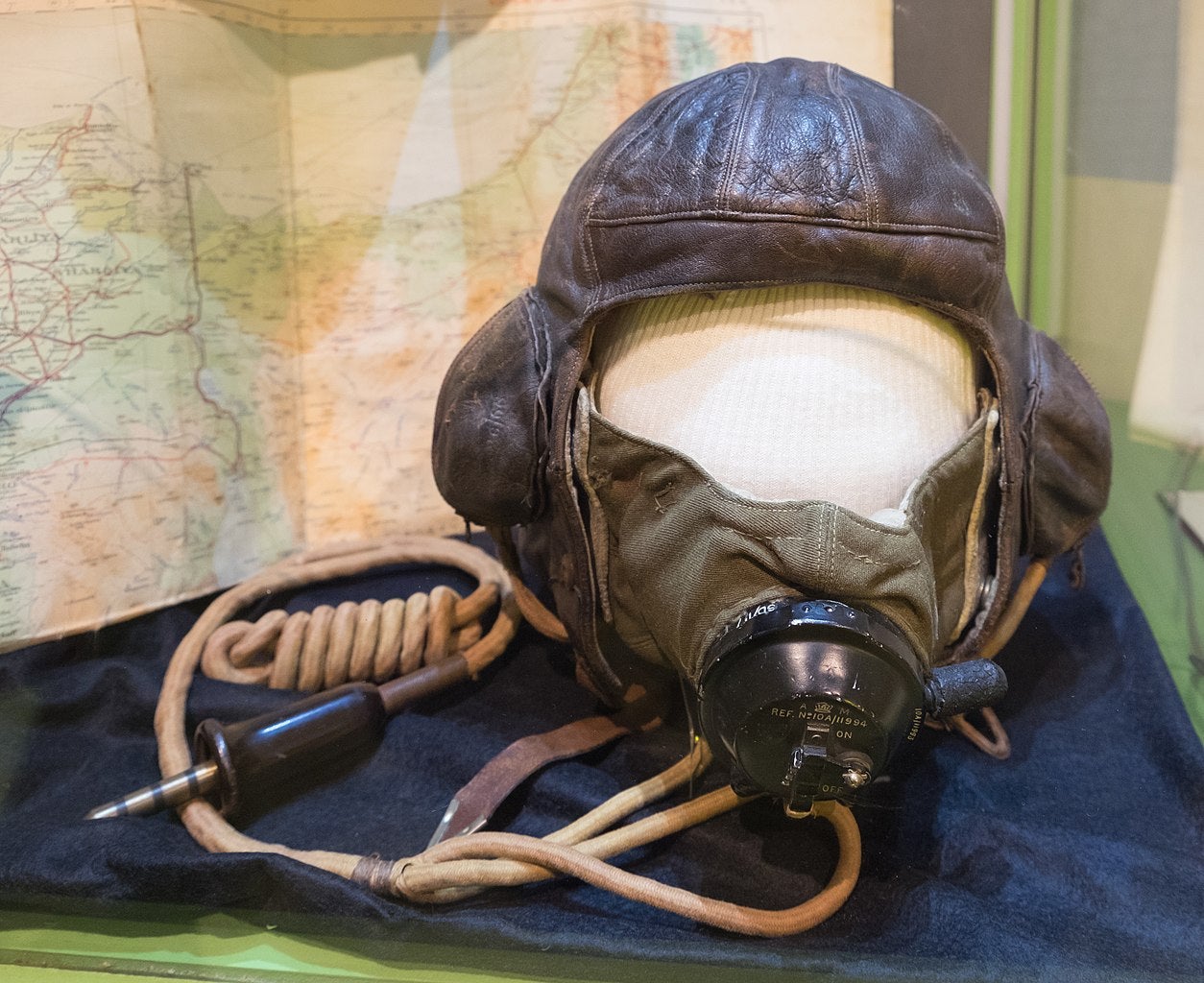 Roald Dahl's leather flying helmet which is equipped with communication cables and oxygen mask. Dahl was an RAF fighter pilot in the Second World War. This item is on display in the Roald Dahl Museum and Story Centre in Great Missenden, Buckinghamshire. (Public domain).

Most think of Roald Dahl as the author of beloved children’s books such as Charlie and the Chocolate Factory, James and the Giant Peach and Matilda. However, before he began writing, he was a both a Royal Air Force fighter pilot and a British spy who was known for his affairs with some of the biggest celebrities of the day.

Dahl was born to Norwegian parents in Wales on September 13, 1916, and sent to boarding school at an early age. The school’s austere atmosphere and physical punishments he experienced inspired some of his stories, including Matilda. After graduation in 1934, he headed to Dar Es Salaam, Tanzania, to work for the Shell Petroleum Company. He joined the Royal Air Force at the outset of World War II and completed his flight training at a Royal Air Force base in Iraq. He then deployed to Libya to fight Italian forces in North Africa. Shortly thereafter, he fractured his skull during a crash landing and spent six months recovering in an Egyptian hospital. He returned to the cockpit to take part in the Battle of Athens, where he flew missions out of Haifa, Israel. However, he began experiencing debilitating headaches due to his crash and was deemed unfit for flight duty. Even though his flying days were through, Dahl’s World War II service was far from over.

An engaging conversationalist who stood an imposing six-foot-six, Dahl was recruited to serve as an agent in the British intelligence service in Washington, D.C., whose mission was to gain greater American support for the British war effort. By day, he put his creativity to work by producing propaganda. By night, he immersed himself in Washington’s cocktail party scene and soon began relationships with several notable women, including Congresswoman Clare Booth Luce, heiress Millicent Rogers, and actress Anabella. Dahl even worked his way into President Roosevelt’s inner circle, playing poker with Harry Truman and spending weekends at the President’s Hyde Park Estate. In addition to making Britain’s case to these influential elites, he also reported the latest gossip he heard back to London.

Dahl met several writers through his intelligence work who were instrumental in his development, including C.S. Forester and James Bond creator Ian Fleming. He even arranged for Earnest Hemingway’s trip to London and served as the legendary author’s minder before D-Day. Dahl published his first children’s book, The Gremlins in 1943,  drawing inspiration from mythical creatures RAF pilots would blame for mishaps. Dahl turned his focus to writing full-time following the war. His titles include Charlie and the Chocolate Factory, Matilda, James and the Giant Peach, The Witches, The Fantastic Mr. Fox and The BFG, which are some of the most popular children’s books of the twentieth century. Dahl also wrote the scripts for Alfred Hitchcock Presents, science fiction shows, and even the screenplay for the James Bond movie You Only Live Twice.

He married twice, first to actress Patricia Neal, then to set designer Felicity d’Abreu who was with him when he passed away due to a rare form of blood cancer in 1990. However, his books and the films they inspired have lived on long past his death and will continue to amuse new