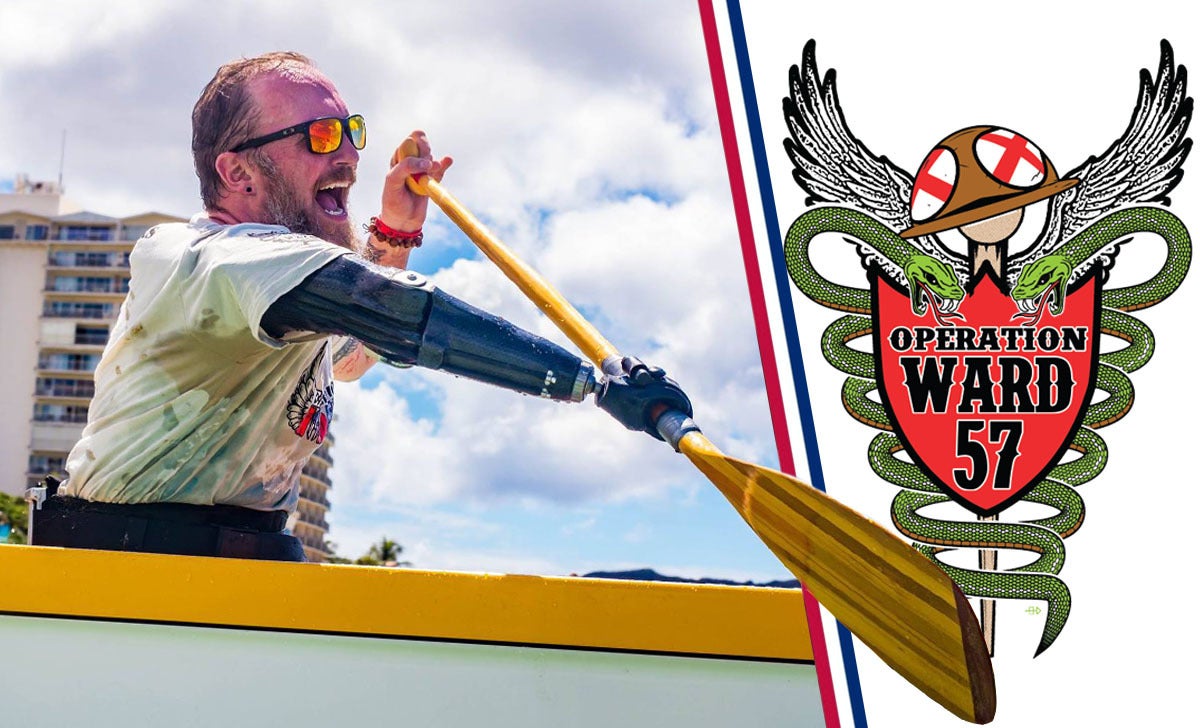 This post was sponsored by Evan Williams and the American-Made Heroes Foundation Fund.

For the most grievously wounded troops returning to the United States from a theater of war, the first stop on the road to recovery was Ward 57 of Walter Reed Army Medical Center. This earned the ward the distinction of being known as “The Amputee Ward.”

It’s also where the nonprofit organization Operation Ward 57 got its name. Operation Ward 57 was the recipient of an Evan Williams COVID-19 Veteran Relief Grant that allowed it to carry on its mission during one of America’s most trying times.

Executive Director Brittney Hamilton says the grant made a world of difference in the lives of veterans struggling with pandemic-related issues. The ongoing mission of Operation Ward 57 is supporting veterans through advocacy and education, but the nonprofit often takes a more direct approach to assistance.

“We tend to fill in a lot of gaps where people aren’t eligible for other nonprofits,” Hamilton says. “Some veterans get sent to us because there’s nowhere else to go. If we can find a way to help them, we will.”

Hamilton became the Executive Director of the nonprofit after spending years as a volunteer with the organization. She saw what life was like for wounded troops at Walter Reed and began donating her time in 2007. By 2011, her dedication took her to the top of the organization.

“Even though I had worked around veterans, I don’t think it was until my first time when I got to go to Walter Reed and I really saw the impact and I saw how young everybody was and how much their lives are being changed by these injuries,” she says. “From then on, I knew this is what I want to do. I want to help these families.”

Operation Ward 57 has helped veterans dying of cancer get their last wish, provided Christmas and Hanukkah gifts for Gold Star families, and has even helped a wounded vet with mobility issues get their lawn mowed to avoid a homeowners association fine — if that’s what they need.

Like many Americans, veterans faced an unprecedented set of challenges during the pandemic and Operation Ward 57’s constituency of wounded vets were no different. The COVID-19 Veteran Relief Grant allowed Operation Ward 57 to not only continue its assistance, but answer those unique needs.

“We had to stop doing a lot of our in-person events, but requests for smaller emergency grants really started to rise,” says Hamilton. “Almost all the grant requests we were getting were because people were losing their employment and were unable to work.”

These grants were only possible thanks to the American-Made Heroes Foundation Fund—established by Evan Williams in 2020 as part of their ongoing commitment to improve the lives of veterans. As an American made and owned company, Evan Williams believes that it’s important to give back to those who serve.

The Evan Williams COVID-19 Veteran Relief Grant allowed Operation Ward 57 to answer those requests from wounded warriors who couldn’t work. On top of providing small grants for food, utility payments, and rent, it allowed the organization to keep its Honor and Courage Crisis Line going. Veterans in need — from any era — can call, text, or email someone from Operation Ward 57 at any time day or night, for as long as the pandemic lasts – and long after.

Brittney Hamilton says the COVID-19 Veteran Relief Grant was a great boon for the work of Operation Ward 57 and other, smaller nonprofits like it.

“We’re a smaller nonprofit, so we’re used to getting passed over for grant money in favor of larger, more mainstream names,” she says. “It’s tougher to compete for support like this. It was huge for us. It’s not just about the money. The more that we get our name out there, the more people we’re able to reach and are able to help support and that’s what’s really important to us.”

This post was sponsored by Evan Williams and the American-Made Heroes Foundation Fund.