These 11 memes perfectly describe military uniforms - We Are The Mighty 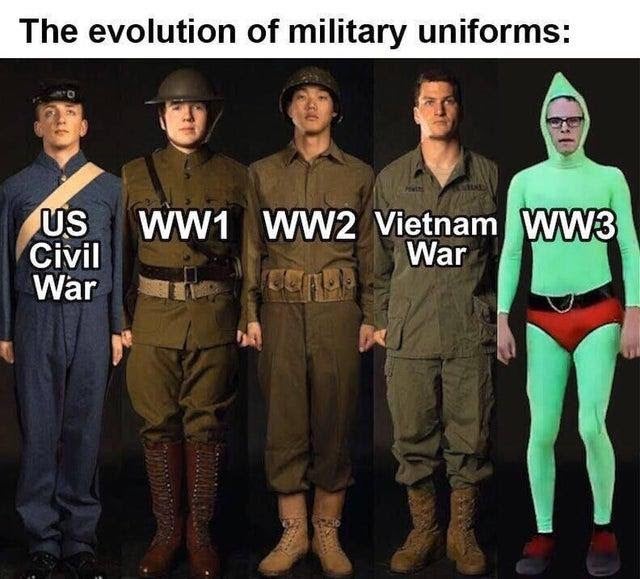 Blues, Pinks and Greens, NWUs, Cammies, ABUs, ODUs, ACUs — whatever you wear, or whatever you call it, it’s the standard in your branch. These are names of the most common daily wear (and dress uniforms) of military branches. Though the uniforms themselves vary among the ranks and jobs, the jokes usually do not. After all, there are ample rules and variations, and it’s tough to keep it all straight. Besides, what fun is it if you don’t poke fun at the next branch’s duds? Don’t worry though, it’s all in good fun.

Take a look at these military uniform inspired memes and the people who proudly represent them every day of the year. 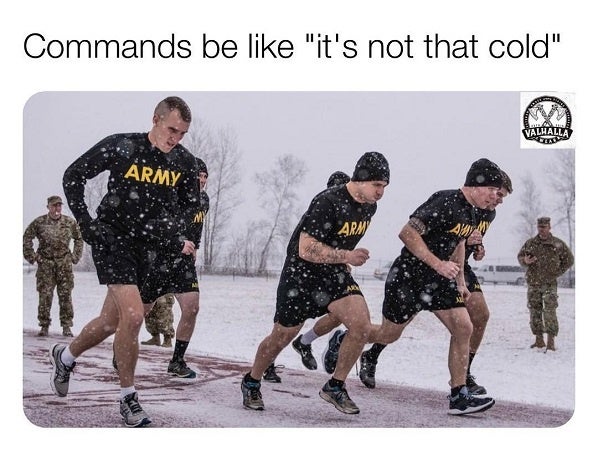 Because the temp is always unpredictable.

2. Then there’s this strange evolution

Good luck to us all honestly.

3. Some things just don’t fit like they used to

But that doesn’t stop us from trying them on.

4. Nice to know this research is in place

I mean, you never know.

Looking like a throwback if we ever saw one.

Don’t knock it until you’ve tried it.

Though we aren’t sure about the green-on-green.

8. It could be worse

This looks so heavy.

Good news kids, you can wear this EVERY day.

11. Maybe it’s not the uniform afterall

And all these years we thought it was the uniform.