WATCH: Where do retired aircraft end up? - We Are The Mighty

WATCH: Where do retired aircraft end up? 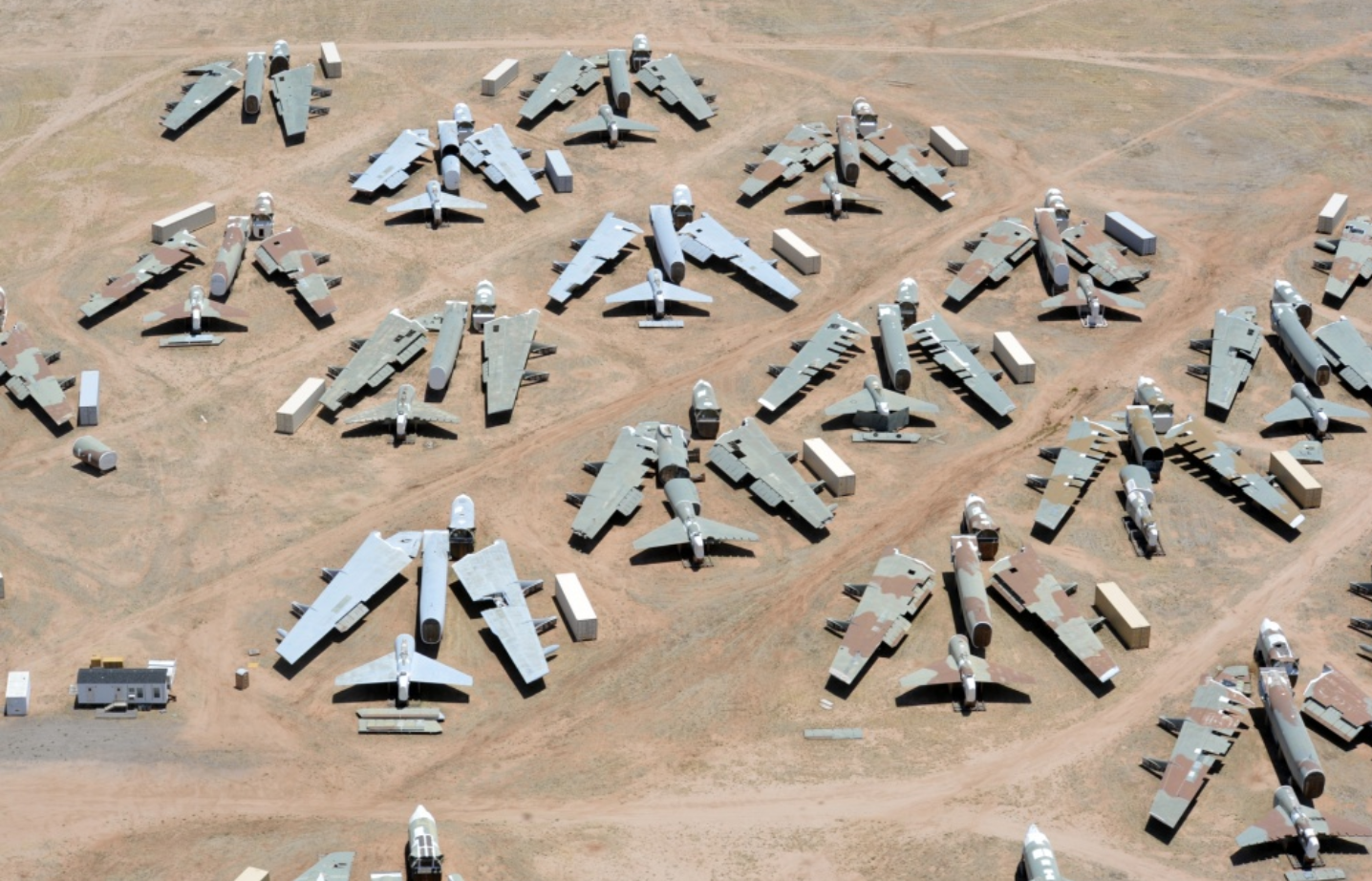 Ever wonder where planes go to die? After their last mission, Air Force aircraft doesn’t just disappear. They retire to Arizona. And, if they’re salvageable, the Aerospace Maintenance and Regeneration Group (AMARG) makes sure they get recycled. If you were to fly over the Davis Monthan AFB in Arizona, know what you’d see? The resting place of thousands of retired aircraft. Davis is nicknamed “The Boneyard” for good reason – the base houses nearly 2,600 acres of aircraft, many of them retired and disassembled.

AMARG Air Force Graveyard’s location in Arizona has very good reasons. The desert climate is perfect for storing this vast quantity of aircraft. The risk of corrosion or other damage from the elements is low.

Parked at The Boneyard are more than 4,000 aircraft. If they were still in use, this number of planes would make up the second-largest air force in the world. Pretty wild to think that they’re all just sitting at the Boneyard, aging gracefully. Some of the aircraft are full-on retired, ceremony and all. But the rest are in storage. Sometimes those aircraft get repurposed for training and other uses.

The US Air Force, along with most other US government agencies, sends their retired aircraft to this Arizona location to be “recycled.” They are either disassembled for parts to use in other aircraft or sold as scrap metal.

The goal of this program is to save taxpayers money. We’ve been doing it this way since WWII. For every dollar that is spent on AMARG’s mission, almost $11 is returned to the national treasury. That’s a pretty solid return.

The Boneyard is Full of Military History

Not long after WWII ended, the surplus of aircraft around the globe was astounding. Some of them still had use for parts or scrap, while others, entire fleets even, became obsolete. Then there are also the planes that simply needed regeneration and storage until their next use. The problem was, there was nowhere to put all these aircraft. That’s when they started ferrying them over to Arizona.

Since 1962, Davis Monthan AFB has been the complete storage facility for all government aircraft. This includes Coast Guard, NASA, Border Patrol, Marine, and Navy aircraft, plus Reserve and National Guard units.

For the aircraft historian, Davis presents a bounty unlike anything else. The variety, age, and rarity of aircraft calling the Boneyard home is astounding. So many a budding historian will eventually find themselves walking the lanes, exploring the aircraft.

These days, our aircraft production isn’t nearly what it used to be. So fewer types of aircraft are produced. At some point, the Boneyard might not exist, – all the more reason for aircraft and military history buffs to get their fill in now.