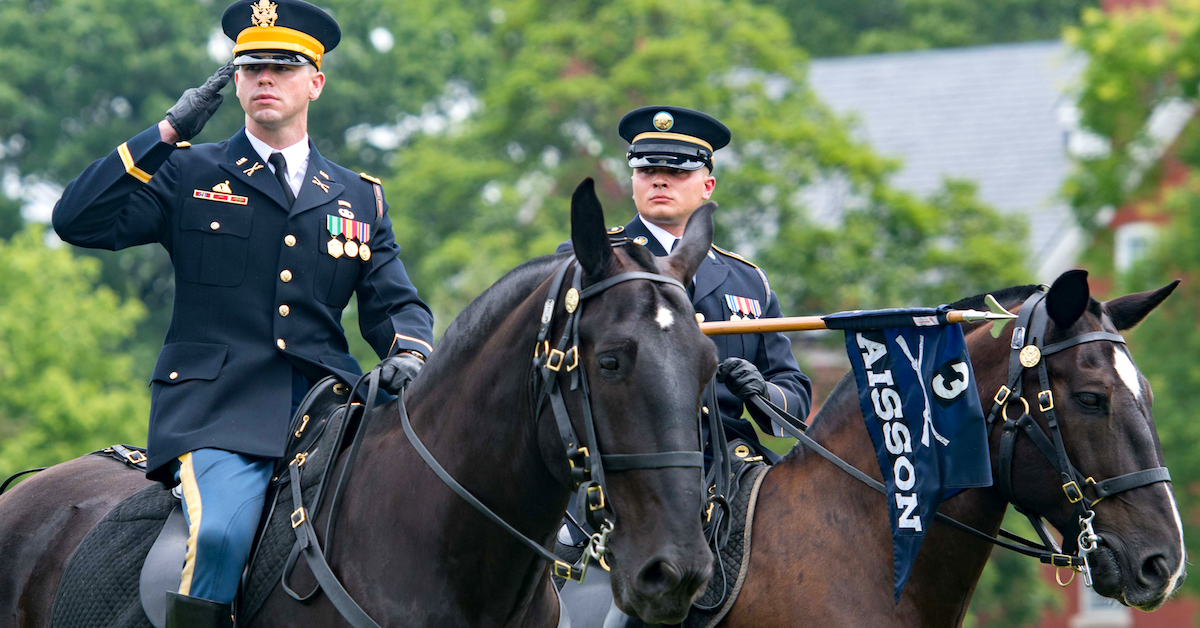 Neal Schrodetzki and Ethan Morse, who served together as guards at the Tomb, have created a docu-series about the intense training cycles that prepare soldiers for The Regiment, the Honor Guard Caisson Platoon, the U.S. Army Drill Team, or a Full-Honors funeral ceremony at Arlington National Cemetery.

The four-part Sam Elliott-narrated series has been acquired by Amazon and it will debut online digitally Christmas Day. The series will then arrive on more than 50 streaming services throughout 2021.

The four-part docuseries took more than three years to complete, and showcases four unique specialty platoons of the 3rd U.S. Infantry Regiment in Washington D.C. Also known as The Old Guard, the 3rd Infantry Regiment is perhaps best known for hosting the Sentinels who guard the Tomb of the Unknown Soldier.

Neal and Ethan were ecstatic to have Hollywood legend and Air Force veteran Sam Elliott as the narrator for the series.

“Working with an icon like Mr. Elliott was surreal. I grew up watching his movies, and I had just viewed A Star Is Born a few days before meeting him for the first time in the recording

studio. It was like a dream come true,” recalled Morse.
Neal received exclusive access to film their former unit, the 3rd U.S. Infantry Regiment, after releasing an award winning documentary called The Unknowns in 2016. “The amount of history and honor on display in the 3rd Infantry Regiment is difficult to encapsulate in a four-hour docuseries, but it’s a story we want to share with the world,” stated Schrodetzki.