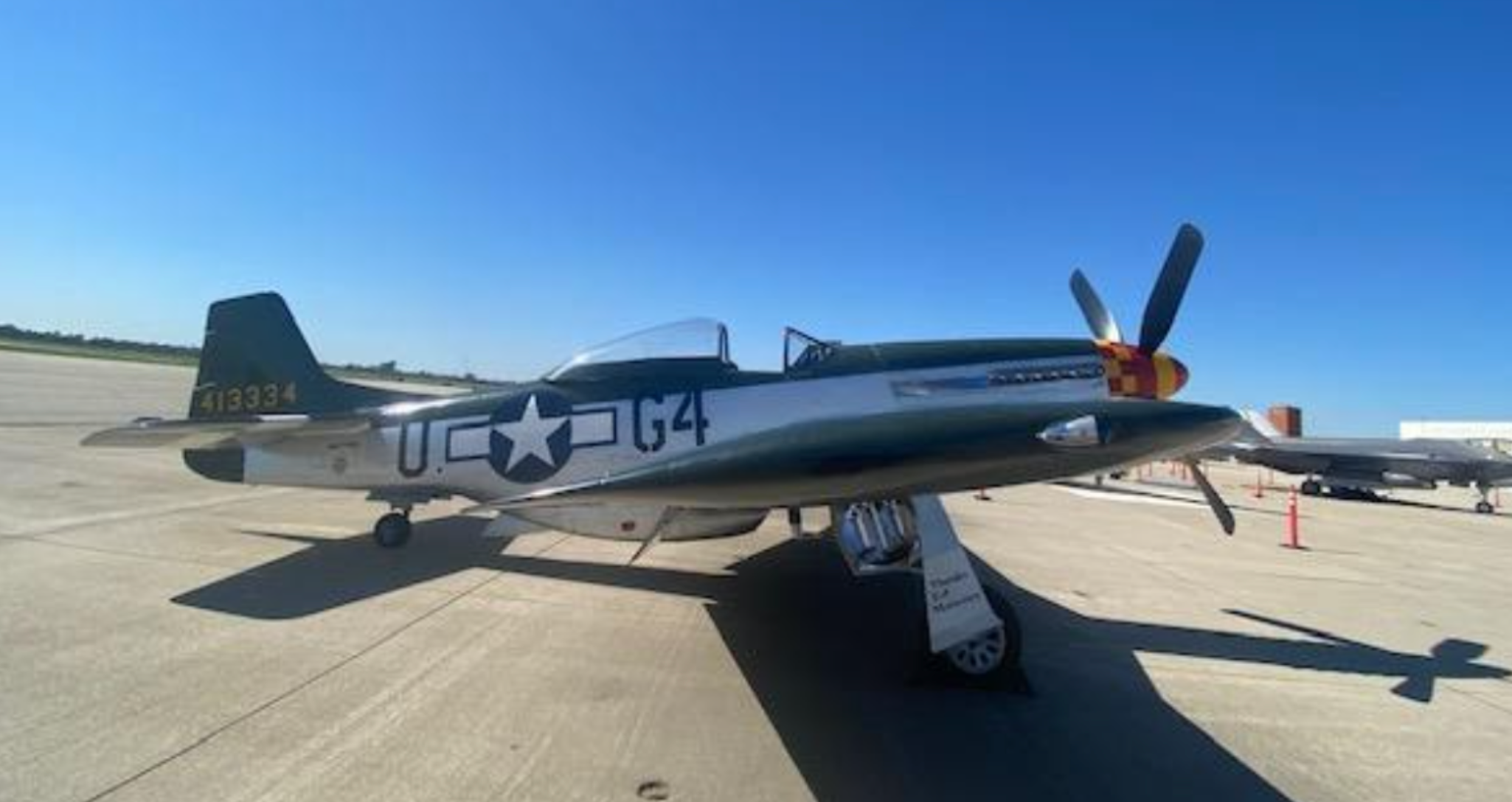 At this year’s Super Bowl, there is an extra special reason to pay attention to the flyover

The United States Air Force will have five aircraft representing the Air Force’s 75 years as a service conducting a first-of-its-kind flyover at Super Bowl LVI on February 13. During the National Anthem, fans in attendance and television viewers all over the world will see the unique formation fly over SoFi Stadium in Inglewood, California.

The formation will be made up of the following planes.

– A-10 Thunderbolt from Davis-Monthan Air Force Base, Arizona

We Are the Mighty was invited to go behind the scenes and meet the pilots who will be flying in formation and see the planes up close and personal. We also got to sit down with Steve Hinton who will have the privilege of leading the flyover formation in the P-51 Mustang.

Steve Hinton has been performing at air shows around the world for more than 35 years in 150 different types of aircraft. His restoration company, Fighter Rebuilders LLC, has restored more than 40 warbirds to pristine flying condition.

WATM: Steve, how does it feel doing a flyover at the Super Bowl and being a part of this special event?

Steve: Well, it’s an honor to be even asked to do it. I’ve been a part of the U.S. Air Force Heritage Flight Foundation for 25 years and every time we do an event like this, it is special. But doing the Super Bowl, that is top of the list.

WATM: How long have you been a pilot?

Steve: Well, I have been a pilot for 51 years. I learned to be a pilot in Chino, California. I was trained by military pilots and have been working with them for years.

WATM: So, this is a way of giving back

Steve: Yes, it’s an honor just to be a part of it, believe me.

WATM: Your aircraft is called Wee Willie II. How long have you been flying it?

Steve: So I first flew a Mustang when I was 20 years old. But Wee Willie, she first started flying in 1984– so since then.

WATM: She is a beauty to look at. Is she a vintage plane or a replica?

Steve: She is a combination of a few different World War II airplanes. I am in the business of rebuilding airplanes. I have a company called Fighter Rebuilders and we had a couple of Mustangs come out of Indonesia. We did a bit of trading and over the years, collected crash parts, and we ended up having enough parts to make an airplane. We were able to do a full restoration and she’s been flying since 1984!

WATM: How many times do you get to take her up?

Steve: Oh, I have flown her hundreds of times. There are about 27 guys who have been able to fly her. It’s part of the group that we have.  It’s not just the Heritage Flight Foundation group but also the Air Show group and others as well. So Wee Willie gets a lot of action!

WATM: We Are The Mighty readers love that plane.  What is it like to fly it?

Steve: Well, it’s a great looking airplane with an unbelievable history. It’s been called one of the best fighters ever built and has a great record. It looks good and all I can say is that it really flies nice.

There are airplanes that are more powerful and take off quicker and cruise faster. I am in a unique position in that I have been able to fly most of the planes of that era. But when you start adding things up, it’s in the top three. It’s got a beautiful engine and a reliable airframe and over the years it’s been amazing to fly. We think there are 130 currently flying still.

WATM: You mentioned more powerful aircraft. You will be flying with some pretty powerful and expensive planes! A F-22, a F-35. And you will be in the front leading them in formation. What do you have to do as a pilot to prepare for something like that?

Steve: So, the reason I will be in front is because I am the Lim factor. That is the limiting factor. Since I will be the slowest, I will be in the front. So the airplanes are positioned in a way where we can represent the history of the Air Force in one clean look.

A lot of the formation is riding on what I do, and I can tell you timing is critical. They give you a time over target that is exact to the second time. So, everything from TV to the NFL has the national anthem timed to the second. We have a route with checkpoints on the way and should be adjusted to hit that time target.

WATM: Take away the P-51. There are four other planes on the tarmac out there. Which one is next on your list?

Steve: The F-22, easily. That plane, to me, is amazing. The power that is has is crazy.

WATM: Doing flyovers has to be amazing but what personally do you like about doing them?

Steve: Well I get to fly with the best pilots in the world and that’s humbling. But also, how far the United States and the Air Force has come and what it represents. The military power and unbelievable manufacturing abilities we have that we can design these things.

I look at these planes and they are beautiful and also have their purpose. But I also look at them as a mechanic and engineer at heart and I am amazed at how they are built, their speed and aerodynamics. They are just beautiful.

WATM: Last question, who is your pick to win?

Steve: Well I’m going with the hometown team, so the LA Rams.

The Air Force Heritage Flight represents the service’s ability to innovate, accelerate and thrive since its evolution from the U.S. Army Air Corps in 1947.

There will be a live pre-game stream from the formation while they get into position in the sky and will include special interviews and segments. Viewers can tune in to the Air Force Facebook page at 6 p.m. ET for the broadcast.

The U.S. Air Force performs close to 1,000 flyovers a year, which serve as a way to showcase the capabilities of its aircraft while also inspiring patriotism and future generations of aviation enthusiasts.

These flyovers are done at no additional cost to the taxpayer and serve as time-over-target training for Air Force pilots, aircrew and ground control teams.