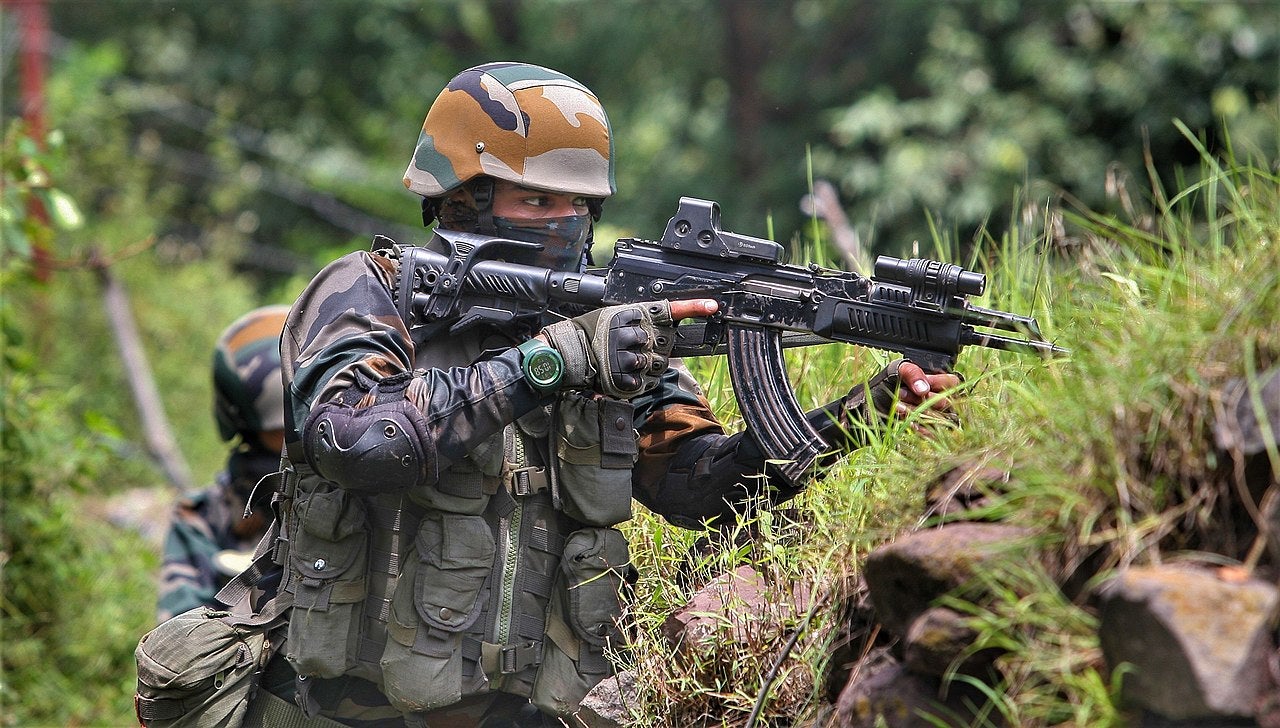 While American worries about Chinese military power might be a little unjustified, Indian worries are very real. The two countries have already fought a war and had countless skirmishes over border disputes. It’s a well-known fact China wants to expand its territory – and India has no such ambitions.

So if the Chinese ever decided to invade India, how can India win? It’s easier said than done, but the Indians have a few major advantages.

China boasts an army of 40,000 armored fighting vehicles to India’s 3,000. India also outnumbers China in terms of total tanks and fighting personnel. So this means China has to get its massive mechanized expeditionary force into India to bring its power to bear on the Indians.

That movement of armor, tanks and men is also easier said than done. Between India and China is 3,800 miles of Himalayan mountain range. Inhospitable terrain with few bridges and passes will make it impossible to adequately move and supply a force large enough to conquer India.

Meanwhile, much of China’s 3,000-plus combat aircraft are stationed away from the Indian border in the east, to threaten the United States and its Pacific allies. Even if the PLAAF were to move its aircraft, they would have a hard time finding places to land. This means they would have to refuel in mid-air, which slows response time while leaving both planes vulnerable to attack.

3. The Bottleneck of Malacca

For the Chinese Navy to attack India in the Bay of Bengal, Andaman Sea or Indian Ocean, it would have to sail through the Strait of Malacca, which is so narrow that it is only 2 kilometers wide in some areas. When they come out of the strait, they can expect an immediate attack from the Indian Navy.

China’s Navy notwithstanding, much of China’s oil runs through the Strait of Malacca, which could be easily blockaded by India’s submarine force, which is smaller than China’s but still powerful enough to do some real damage.

To overcome geography, China might be tempted to use its Dongfeng missile force, a ballistic missile capable of carrying a nuclear payload. But when all is said and done and China resorts to using these missiles, how will India know whether or not the missile is carrying a conventional or nuclear payload?

It can’t know, and so must assume that China is launching a nuclear strike. India would launch a nuclear strike in retaliation, if it did, and that would be a devastating event China would not likely risk.