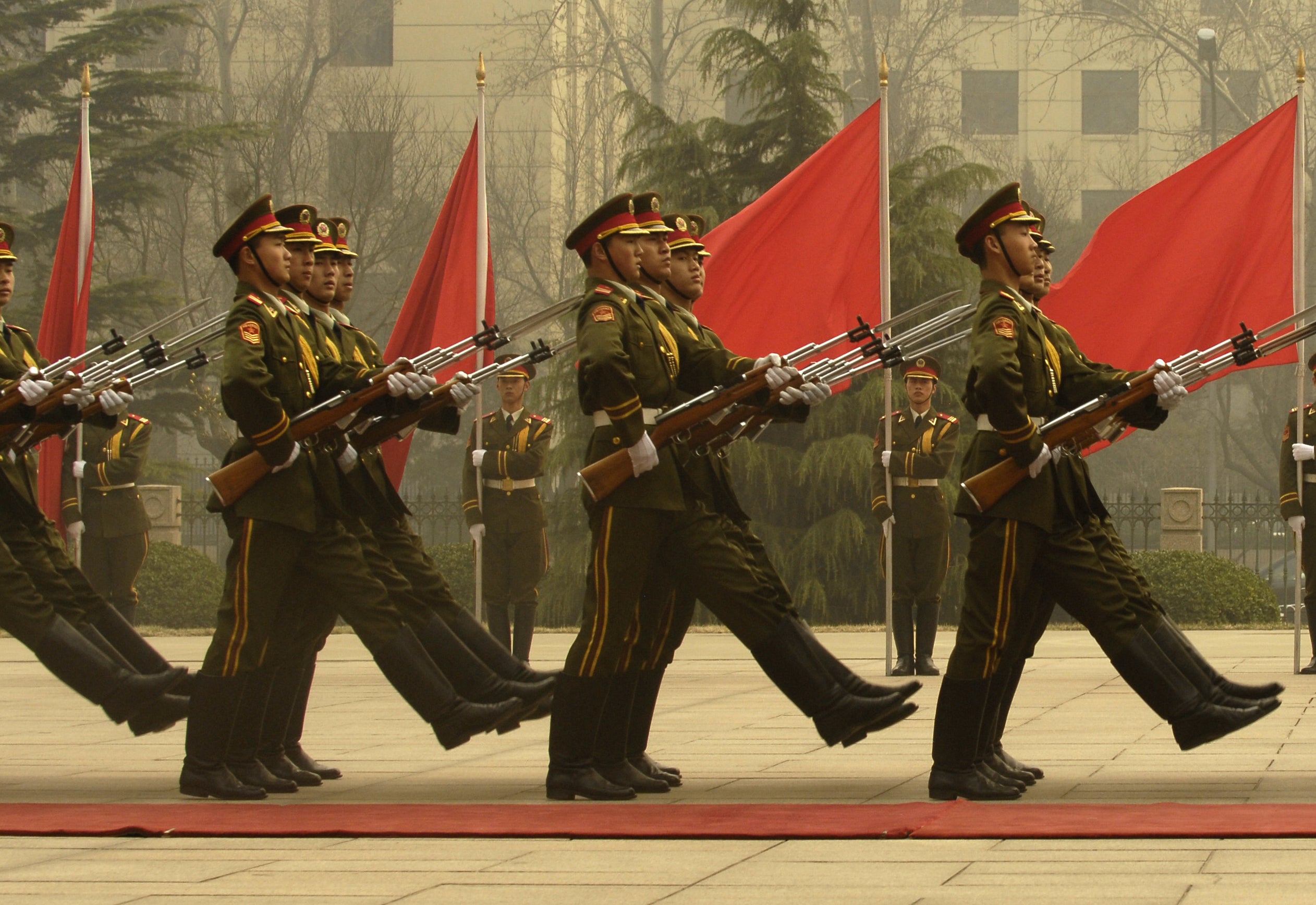 Members of a Chinese military honor guard march during a welcome ceremony for Chairman of the Joint Chiefs of Staff Marine Gen. Peter Pace at the Ministry of Defense in Beijing, China, March 22, 2007. DoD photo by Staff Sgt. D. Myles Cullen. (Released).

There is a huge gap in cultural norms between the United States military and the Chinese People’s Liberation Army (PLA). These cultural differences don’t just change what it’s like to serve, but could change the course of a battle between the two nations. They are anything but subtle and they could make all the difference.

1. The military leader of China isn’t necessarily its president

In the United States, the President is the Commander-In-Chief of the armed forces, and he has the final say in all things military related. In China, the leadership isn’t always so simple. Today, Xi Jinping occupies three important positions in the Chinese government: President of China, General Secretary of the Communist Party and Chairman of the Central Military Commision (CMC). The leader of the CMC holds the military power, but the CMC isn’t always the president.

During Deng Xiaoping’s lifetime, he never became president but he was General Secretary of the party and Chairman of the CMC. Even when he resigned as General Secretary, he was still the most important military leader, because he oversaw the CMC.

2. Chinese troops have political training to do

While U.S. troops are completing computer-based training on human trafficking and sexual harrassment, Chinese troops are undergoing a rigorous education on communist political ideology, specifically, the Chinese model of communism, which varies greatly from Cuban, North Korean and Laotian communism.

To root out political dissent in the ranks of the PLA, the Chinese recruit and train commissars, political officers who instruct troops on political studies. This also introduces an entirely new line of potential discipline. U.S. troops are free to vote as they choose, but must support issues and candidates out of uniform. Chinese troops have no such freedoms.

3. The U.S. has a long tradition with its NCOs

As anyone who’s ever served in the United States military will tell you, one of the earliest lessons we learn is that non-commissioned officers are the backbone of the Army/Marine Corps/Air Force/Navy. American NCOs provide on-the-job training for new troops while supervising their work and doing work of their own. This tradition dates back to the earliest days of the U.S. military.

Though the PLA does have an NCO corps, it’s far less developed than the United States’ system. Where American troops and units have been tested in combat and its NCO corps bore the brunt of small unit responsibility, the Chinese NCOs haven’t had the same trials by fire and their performance is a known unknown.

As the sole global superpower, the U.S. military is a powerful instrument of American foreign policy. It’s also restricted (by a handful of laws) from acting as a law enforcement power inside the United States. The actions of U.S. troops come from lawful orders from the President of the United States and the officer above them. If it’s illegal, they’re expected to resist those orders.

The PLA projects power only in its sphere of influence, those areas China regards as essential to its national security. In China, the Communist Party is considered above the law and its orders to PLA troops are expected to be followed. Chinese troops routinely intervene in civil disturbances wherever they happen and failure to follow orders can be punishable by death.

Though the U.S. has implemented the draft in many wars during and before the 20th century, mandatory service ended in 1973. Males of military age are still required to register for the draft through the Selective Service System, but the revival of drafting troops in the future is highly unlikely. Plus, the benefits of military service are such that the U.S. doesn’t need to draft its citizens – it actually has to turn unqualified candidates away.

In China, military service is technically mandatory and all Chinese citizens (not just males) have to register for service by the end of their 18th year. China hasn’t forced all of its people into military service since 1949, however, as it gets more than enough volunteers itself. It should be noted that citizens of Hong Kong and Macau are exempt from conscription.