5 tips for mental toughness from a grunt 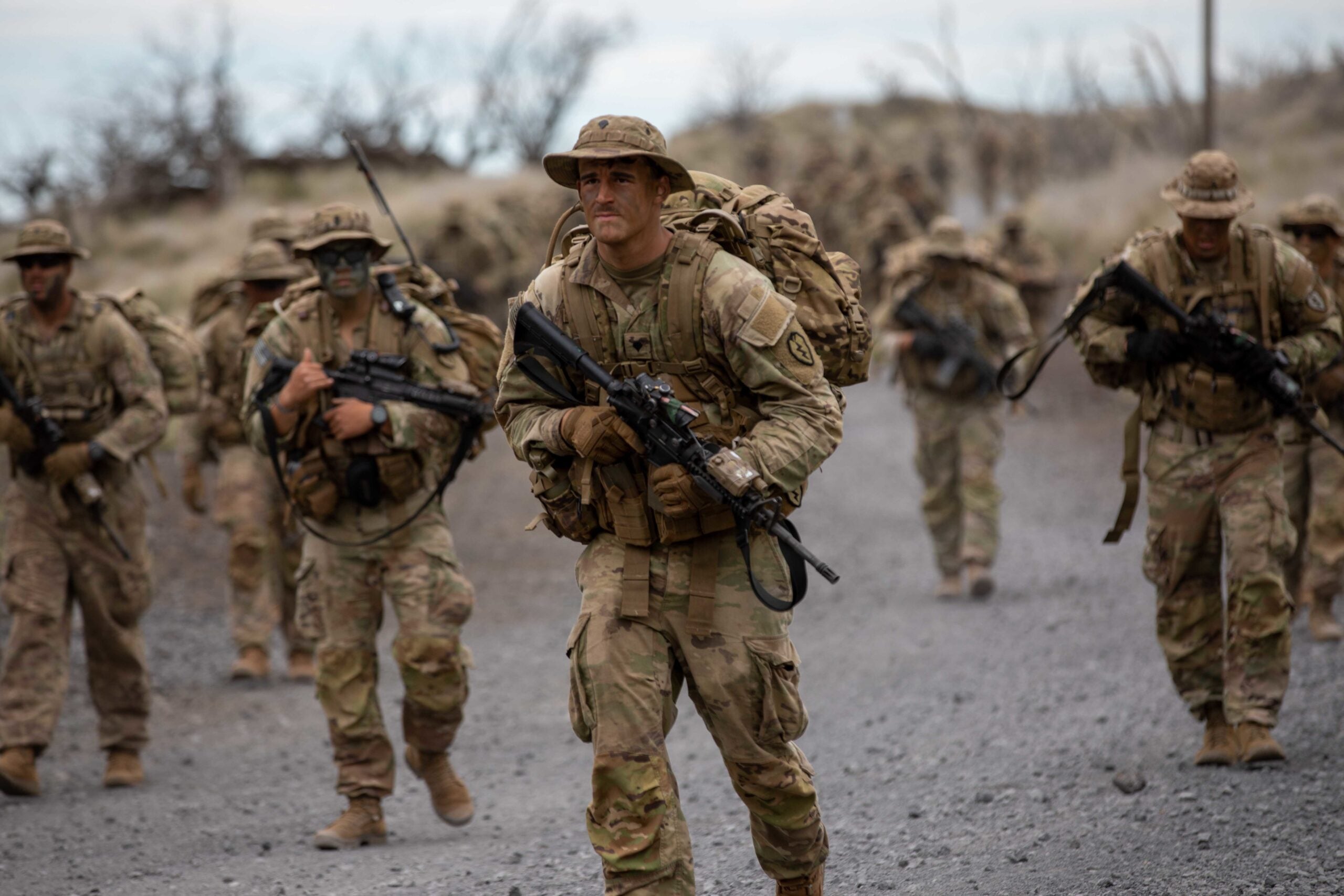 Grunt, that’s the generic name given to the infantryman. Retired Marine and author Gene Duncan defined grunt as, “Term of affection used to denote that filthy, sweaty, dirt-encrusted, foot-sore, camouflage-painted, rip-trousered, tired, sleepy, beautiful, little S.O.B who has kept the wolf away from the door for over two hundred years.” Though technology changes the implements and characteristics of war, there will always be a need for boots on the ground. Today’s grunts may have more gear and gadgets than previous generations, but long hikes with heavy packs, sleeping on the ground, extreme conditions of heat and cold, and bad guys shooting at you are things that grunts of all generations have in common. Training and preparation for these conditions demands mental toughness. Just as physical toughness can be developed, mental toughness can likewise be cultivated. Listed below are 5 things that will help you develop mental toughness from a grunt’s perspective.

Grunts will inevitably find themselves in cold, inhospitable environments at some point. There’s an adage that says, “pack light, freeze at night.” Sometimes you make the decision to carry the weight of extra gear, so that you have the clothing and equipment to maintain warmth later on. The gear available to keep yourself warm these days include Gore-Tex jackets and pants, polypropylene tops and bottoms, fleece pullovers, gloves, and fleece caps (aka beanies or watch caps). Layering is key, and it is vital to remove layers before conducting movement. Seasoned leaders will tell their people to have one warming layer, waterproofed, and stuffed all the way in the bottom of your pack. This is one layer that you will never put on. Why bring it if you are not going to use it? This is a deliberate choice, a technique to build mental toughness that admittedly is playing a mind game with yourself. When you are seriously cold, when things get really bad, you can tell yourself, “yeah, but I still have one warming layer I haven’t used yet.” It provides a measure of hope, comfort, and evidence of preparedness. Each time you reach your limit of endurance, but hold the maxim to never use that last warming layer, you become tougher. You prove that you can handle more than previously expected. If you give in and put all your warming layers on, but are still cold, then a sense of dread and hopelessness creeps in. This demoralizing effect can be prevented by disciplined action and good leadership.

Expect support to fall through

Grunts will ride in anything. Trucks, armored vehicles, helicopters, ships, you name it. Anything that will keep them from walking. Walking with a pack is also referred to as hiking, humping, or rucking. Not to disparage the S-4 (the Logistics Section of an organization), but far too often the trucks don’t show. The reasons don’t matter. It could be a maintenance issue, competing priorities, or the planners simply didn’t request transportation properly. Either way the grunts, sitting on their packs by the side of the road, waiting on trucks will inevitably be told to be told “Get on your feet!” Groans and complaints can be heard up and down the ranks. It doesn’t take long for a young grunt to expect this to be a regular occurrence. He goes to the field, and is told they will be riding back, but he expects to hump. If the ride shows, that’s great; but if it doesn’t and he in fact hikes back twelve long miles after being in the field a week, he is mentally prepared for it. This type of mental conditioning develops an outlook where you “hope for the best but expect the worst.” When “worse” occurs it then is not amplified by mental anguish and disappointment. When others lose their cool you can remain collected. This is a good trait to have when a crisis comes.

You may be told the field op is seven days, then it turns into 10 days. Your deployment was scheduled for six months, and then it winds up being nine. As a professional warfighter we know the mission has priority, the situation changes, and the enemy gets a vote; but there is still an emotional reaction when these changes occur. You can inoculate yourself mentally by expecting things to always take longer than forecasted. An old Marine Master Sergeant I know (a grunt) left for work one morning telling his wife, “I’ll be home sometime between 1630 and October”. There’s a guy who gets it. You can ease the disappointment to your loved ones by “under promising and over delivering”. An example is the platoon sergeant coming out of the field who expects to be home by 1700 but tells his wife he will be there by 1900. He is not purposefully misleading her; he is forecasting an estimate that factors in uncontrollable variables such as the armory’s site count or the First Sergeant’s last-minute taskers. When he comes home at 1730, everybody is happy. They rejoice with gratitude in the little things. When done habitually for years, this type of practice helps set realistic expectations and a deep mental toughness sets in.

Bring your own chow

The basic premise here is preparedness, self-sufficiency, and not expecting someone else to come to your rescue. Yes, the military will feed you and conduct re-supply…eventually. Marine Corps doctrine describes friction as, “that which makes the inherently easy, difficult.” Sometimes there will be friction that delays the re-supply. There will be times when you must perform under duress without a full belly. You can stave off a bit of this discomfort, while sustaining your ability to function by making it a habit to keep a little chow on you. It could be nuts, jerky, one of the many protein bar/meal replacement bars on the market, or what we used to refer to as “an emergency MRE.” An emergency MRE is your least favorite menu option, field stripped and packed away. You can also squirrel away a few components of an MRE such as the First Strike bar (more like Last Strike bar) or the alleged MRE version of jerky called “smoked turkey nuggets”, rumored to be dried ostrich scrotum. Anyway, you get the point. Stow something away to ward off starvation. Ensure it is something you don’t prefer to prevent idle snacking. Again, this approach reinforces the concept that you don’t expect someone else/some organization to solve your basic problems.

Don’t be quick to sound ENDEX

The term ENDEX means “end exercise.” It is something you hear after a month-long training event. At this point folks are tired, dirty and hungry. The desire for the creature comforts of a shower, a meal, and a good night’s sleep are strong. Before such indulgences can be enjoyed there are numerous tasks to accomplish ranging from ammunition shake-down, weapons maintenance, gear turn-in, and gaining accountability. Troops are advised not to “smell the barn”. It takes sound leadership, developed through years of experience, to keep the troops focused. You can’t drop your pack too early. You must ensure all responsibilities are met before you turn your attention to yourself. This type of mindset is very helpful in a family after a shopping trip to several grocery stores. As soon as you get home the kids all try to disappear to the bathroom, their bedrooms, or some corner with their nose in the smartphone. Negative! All hands on deck. Bring all the groceries inside, put them away properly, and dispose of the bags/packing together as a team. Once these actions are all complete, they can then be “cut loose to the winds.”

So, grunts may be a stubborn, ornery, cocky lot; but they are physically and mentally tough. These are highly desirable attributes to have in combat. They are good attributes to have in “regular” life too. The five things from a grunt’s perspective listed above will help you develop this kind of mental toughness.