5 top comic book artists who served in the military 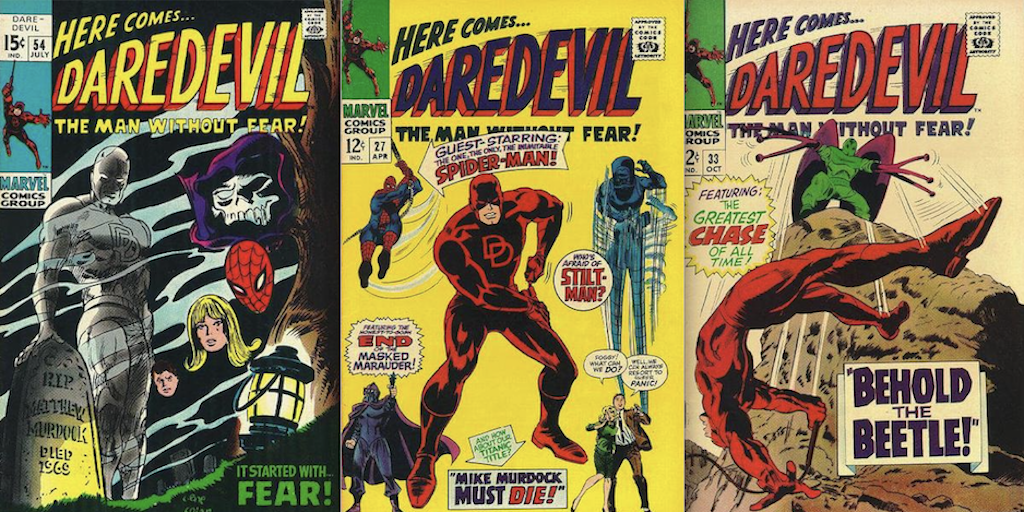 Comic books are etched into our nation’s and the world’s DNA. Comics are America’s pastime and are the current box office draw for tent pole productions in cinema. Many of these great illustrations have been influenced by service members from across conflicts. Here are some more legitimate comic book artists who served in the military.

Dave Berg illustrated one of America’s most iconic comic magazines, Mad Magazine, for five decades. Before starting a career in illustration he served in the US Army Air Corps. He collaborated with Stan Lee at the predecessor of Marvel Comics in the 1940s on such titles as Combat Kelly and The Ringo Kid. He joined Mad in 1957 and started the magazine’s The Lighter Side Of… strip in 1961, which ran until his death in 2002. The Lighter Side Of… covered satirical views of medicine, office life and school. The feature was Mad‘s most popular feature and was retired upon his passing.

Joe Maneely co-created the comics named Black Knight, The Ringo Kid, Yellow Claw and Jimmy Woo. He collaborated with comic book greats such as Steve Ditko, John Romita, Sr. and Stan Lee, all who went on to great things. Before starting in the comic book world he served in the U.S. Navy for three years creating visual aids and contributing cartoons to ship newspapers, so he had a knack for it. His career and life were cut short by a transportation accident in New York City in 1958.

Gene Colan drew comic book art for Daredevil, Howard the Duck and Tomb of Dracula and co-created Falcon, the first African-American comic book superhero in mainstream comics. Falcon has appeared in many MCU films and a TV show. He also co-created Carol Danvers known as Captain Marvel and the non-costume vampire superhero Blade. He attempted to join the Marine Corps during World War II but was underage. Once of age he joined the U.S. Army Air Corps and served in the Philippines. He drew for the Manilla Times and won an art contest. He worked with the predecessor of Marvel Comics after his service time and got to meet with Stan Lee. From the 40s through the 80s he worked on comics such as Hopalong Cassidy, Dr. Strange, Tales to Astonish, Captain America and Batman. His later work includes Buffy the Vampire Slayer and Captain America in the 2000s near the end of his career.

Russ Heath drew the cover art for numerous comics for DC and commercial art depicting Roman and Revolutionary War battle scenes for toy soldier sets. Heath’s work stands out as iconic in the military comic book world. His military cover art for All American Men of War influenced artist Roy Lichenstein to draw such pieces as Whaam!, Blam and Okay Hot-Shot, Okay. Heath served in the US Army Air Corps post World War II in the 1940s and was a cartoonist providing artwork for base newspapers.

Dick Ayers drew the artwork for top Marvel Titles such as The Fantastic Four, Sgt. Fury and His Howling Commandos and Ghost Rider. Ayers served in the U.S. Army Air Corps during World War II and was stationed in Florida. He did not succeed in his training as a radar tech and was reassigned as an artist where he worked in the Air Corps Operations division. His first comic, Radio Ray, was published in the post newspaper in 1942. Further titles Ayers worked on included Thor, The Incredible Hulk and Ant-Man. His later career included working on such titles as Tandy Computer Whiz Kids, Archie Comics for Radio Shack and 30 sport star autobiographies for Revolutionary Comics.