6 of the biggest failed gambles of World War II 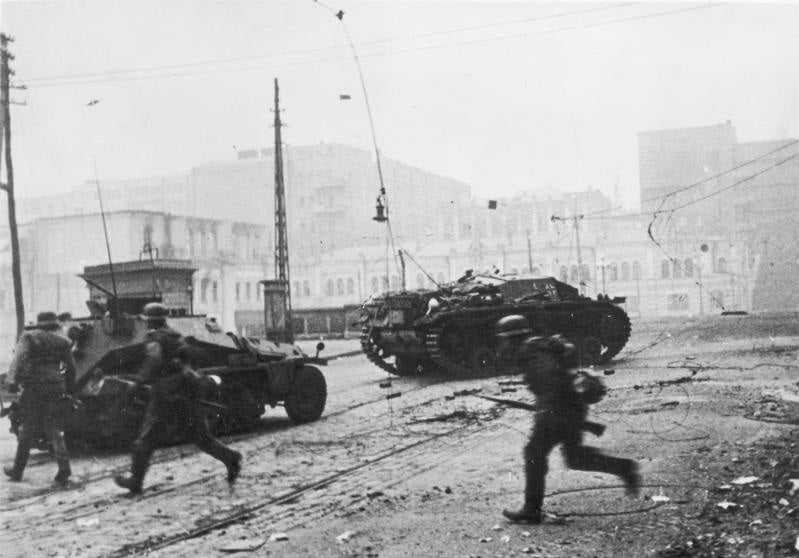 Everything in war is risky but depending on who’s leading an army, some gambles are better than others. Mistakes are always made, but when the biggest risks on the battlefield pay off, they pay off big. When they fail, they often fail just as hard.

In war, however, a failed gamble can mean thousands of lives lost, losing the initiative or losing the war altogether. In World War II, the stakes were high enough that the generals in command were risking all three every time they planned an operation. Some of those risks were worth it, others were not.

These are the risks that were not.

1. Germany: Not capturing Moscow when it had the chance

At its outset, Operation Barbarossa was a stunning success. The Nazi Wehrmacht made incredible territorial gains in the earliest days of the fighting. They were capturing hundreds of thousands of Red Army soldiers with every advance. Hitler’s belief that he could kick in the door of the Soviet Union and break the whole rotten structure down was coming true. Then, he inexplicably stopped listening to his staff.

Hitler ordered his army groups to capture Soviet forces on the flanks of the main advance rather than press on to Moscow. If he had pressed his advantage for the Soviet capital instead of diverting his panzer forces, he would have avoided a two-month delay and could have negotiated a separate peace with the USSR, maybe even convincing the Japanese to attack the Soviets in the East instead of Pearl Harbor.

While there was no way for the Japanese to know that the United States knew when and where the next Japanese invasion would come, they still committed four carriers to the Battle for Midway and lost all of them. Worst of all, Midway wasn’t even necessary to the Japanese Navy’s planned defense of the home islands. They only targeted the island because the U.S. believed it was vital to its interests.

To top it all off, Japanese Admiral Isoroku Yamamoto designed an overly complex invasion plan for such a tiny atoll, based on intelligence that was optimistic at best and dead wrong at worst. Since the first casualty of war is the plan, an overly complex one was a bad idea for such a gamble. The battle resulted in a game-changing, lopsided win for the United States.

3. Italy: The Invasion of Greece

In 1940, Italy was still very much the lesser power of the Axis Pact. Still, Italian dictator Benito Mussolini was riding high from Fascist Italy’s victories over Ethiopia and Albania, as well as its contribution to the Fascist victory in the Spanish Civil War. So, despite being at war with the British in North Africa, he decided to launch an invasion of Greece to help fulfill his vision of a new Roman Empire.

That, however, never materialized. About two weeks after the initial invasion, the Greeks stopped the Italians (literally) dead in their tracks. With help from the British Royal Air Force, the Greeks not only pushed the Italians out of Greece, but pushed into Italian-held Albania. Only after Germany’s intervention were the Greeks subdued and Mussolini’s hope for great power status were dashed.

The fight for Monte Cassino was a battle the Allies technically won, but a handful of victories like Monte Cassino would have been devastating for the United States. Monte Cassino was an ancient abbey built from stone, perched on a high hill, an excellent defensive position, and one the U.S. 5th Army spent a lot of manpower to take.

The Allies launched four assaults on Monte Cassino, a fortification that many contemporaries believe could have been bypassed. They had to assault the abbey first through a minefield and once through a flood. When the Allies did take it, they found just wounded soldiers. The rest had simply fallen back to the Hitler Line.

For some reason, Western armies have an obsession with “being home by Christmas” and Operation Market Garden was one more in a line of failed attempts to win this baffling achievement. It was an ambitious, overly complex operation that could have been avoided given the various alternatives.

The Allies allowed a substantial German force to escape after capturing the port of Antwerp, there was another way to cross the Rhine River at Driel, and the help of the Dutch resistance was ignored. These were all potential game-changers for the operation. Instead, the result was an Allied advance that stretched far too long with a command structure that was best described as “loose.”

6. The Soviet Union: Not preparing for a German invasion

Soviet intelligence at this time was one of the best among what would become the wartime Allies. Almost every agent in the Soviet NKGB (forerunner of the KGB, the Soviet intelligence service) was screaming at Stalin from all four corners of the globe that the Germans would attack the USSR in 1941. But Stalin wouldn’t have it.

According to the Mitrokhin Archive, a trove of secret KGB documents published by a Soviet Defector in the early 1990s, Stalin preferred to analyze intelligence reports himself, rather than have them fed to him by an analyst. NKGB agents reported the planned invasion of the Soviet Union for a year preceding Operation Barbarossa, but Stalin refused to believe it and threatened every agent reporting such intelligence with execution.