A Holocaust survivor joined the Foreign Legion to get revenge 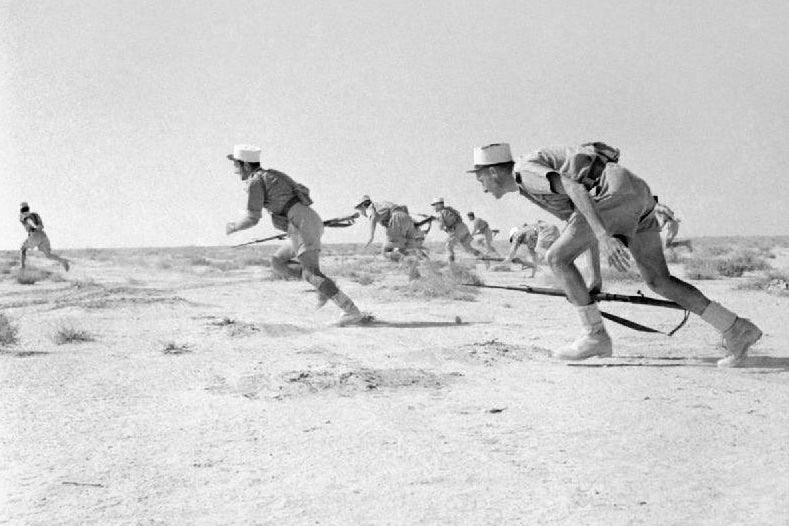 Maybe the greatest thing about the French Foreign Legion for many of its enlistees is the ability to get an entirely new life upon joining. At least back in the days following World War II, you could. This meant anyone escaping their old life could earn anonymity and a new, French life after a few years of service.

In the years following World War II, this also meant it was (potentially) full of war criminals. For Eliahu Itzkovitz, a Romanian Jew, there was only one war criminal he cared about, and that criminal did join the foreign legion. Itzkovitz was not about to let him get away with his crimes.

Itzkovitz was born to Jewish parents in Chișinău, which is today the capital of Moldova but in his time was in the Kingdom of Romania. When World War II broke out, Romania’s King Carol II opted to maintain his country’s neutrality, but the stars weren’t aligning for Carol and his traditional allies. The evacuation of the British Expeditionary Force from continental Europe and the fall of France in 1940 led to opposition to that policy.

Romania’s king turned to Nazi Germany to secure its borders, but the Molotov-Ribbentrop Pact ceded Romanian territory to the Soviet Union and King Carol II was powerless to do anything about it. He was soon deposed in a Fascist coup that led the new power to join the Axis pact in 1940.

Jewish people in Romania began to meet the same fate as others in Nazi-dominated Europe. They were herded into concentration camps, ghettos or were outright murdered in pogroms by Romanian and German soldiers. Eliahu Itzkovitz and his family were deported to a concentration camp in their native Moldavia.

It was in this prison that young Eliahu Itzkovitz watched a prison camp guard named Stănescu murder his parents. The young boy vowed to get revenge on Stănescu. HIs demand for vengeance helped him survive the war, but when he was liberated by the Soviet Union, he couldn’t find the guard.

He returned to Romania looking for Stănescu while still a young man. He tracked down a location where he thought he would find his parents’ murder in 1947, but found only the man’s son. Itzkovitz stabbed his son with a butcher knife. He was caught and sentenced to a juvenile prison. Upon his release, the now-communist government of Romania allowed him to emigrate to Israel.

Now an orphan living in the Jewish homeland, he joined the Israeli Defence Forces, determined to never let something like the Holocaust orphan any more Jewish children. Itzkovitz joined a paratrooper brigade a year after joining the IDF. It was here he learned how and where Stănescu managed to escape the Soviet troops in 1945 – he had moved into the French occupation zone of Germany and joined the French Foreign Legion.

Itzkovitz came up with a plan to exact his revenge. First, he transferred to the Israeli Navy, where he was stationed in Haifa. Eventually, he was sent to the Italian port of Genoa on a supply mission. Once back in Europe, he deserted from the Navy and joined the Foreign Legion himself.

While undergoing basic training in Algeria, he learned that his prey had been sent to French Indochina with the 3rd Foreign Infantry Regiment, where he was a noncommissioned officer and a squad leader. Itzkovitz volunteered for that same regiment and ended up in Indochina, in Stănescu’s unit. Itzkovitz didn’t strike right away – he waited for the perfect moment.

The day he long waited for finally arrived on a 1958 patrol near the Vietnamese city of Bac Ninh. Itzkovitz finally confronted the guard that killed his parents in the Holocaust and killed him. He served out the rest of his enlistment with the Foreign Legion. Afterwards, he returned to Paris to face the music for deserting the Israeli Navy.

The IDF court-martialed Itzkovitz and sentenced him to one year in prison.