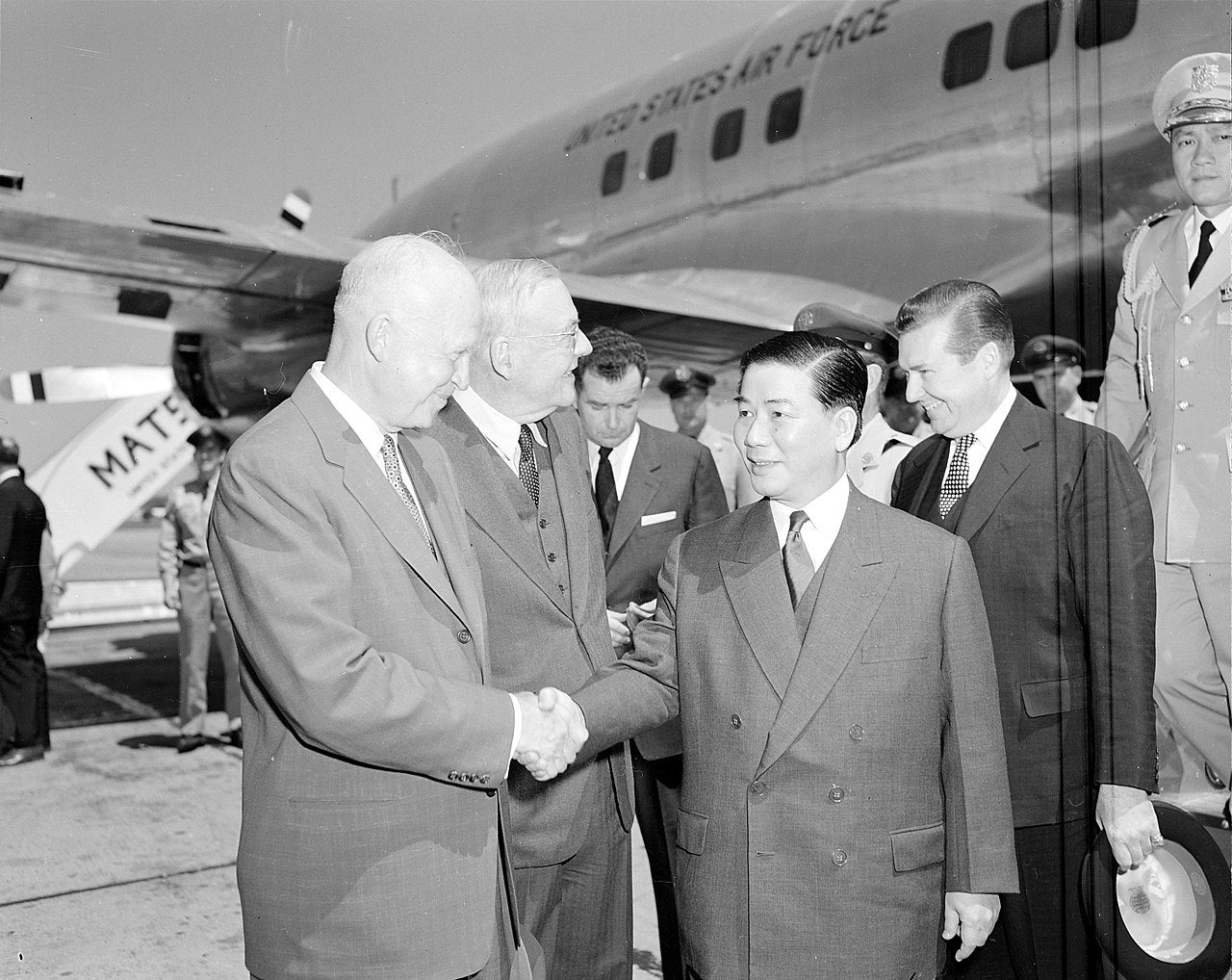 Dictatorships usually end one of two ways: a child takes the place of the elder dictator, or the people rise up and depose their tyrant after years of abuse. One of these ends happens much more often than the other. You can probably guess which one is more prevalent.

Unfortunately, many of history’s worst dictators didn’t meet the end they probably deserved. Many of them did get away scot-free. Those who didn’t escape justice met a pretty gruesome, yet oddly satisfying (for the rest of us, not them) fate.

There’s no reason to feel bad for these five people who met their maker and we’ll tell you why.

Gaddafi, no matter how you spell his last name, came from a poor bedouin family in Italian-controlled Libya during World War II. He rose in the ranks of royalist Libya’s military until he deposed King Idris in 1969. After seizing power, he turned Libya into a repressive, socialist state that murdered his own people (from day one) until he met his own end in 2011.

He was captured by Libyan rebels while hiding in a drainage ditch. After dragging him out and beating him, he was shot and a bayonet was shoved where the sun does not shine. They put his battered body in an ambulance bound for the rebel city of Misrata and he was never seen alive again. The next time his remains saw the light of day, they were in a shopping mall freezer.

Fascist Italy’s infamous World War II ruler came to power with the promise of restoring Italy to a new Roman Empire. His aggressive foreign policy resulted in the deaths of hundreds due to bombings, wars, and forced colonization. This all happened before Italy ever joined World War II. As we all know, the war didn’t go well for Italy, or for Mussolini.

After more than 20 years in power, the Allies’ invasion and bombing of the country as well as the Nazi presence there, caused the Italian government to dismiss him as leader. Nazi Germany rescued and reinstated him for a year and some change, but Communist partisans caught up to the leader and his mistress as they tried to escape to Spain. They were both shot and hung upside down at a gas station in Milan.

Somoza came to power in 1967 as head of Nicaragua’s national guard, taking over for his brother, who had taken over for their father. Somoza’s rule was characterized by steep declines in literacy, economic power, malnutrition, and severe repression. When a general uprising under the Sandinista front erupted, he only clamped down on his people. He even killed an American journalist on live TV.

The Sandinistas prevailed eventually and Somoza was forced to flee Nicaragua for Paraguay, taking much of the country’s wealth with him. Within a year, a seven-man Sandinista assassination squad his Somoza’s car near his house with an anti-tank RPG and let the former dictator burn in the car while gunning down everyone else.

Diem came to power in Vietnam as the French were pushed out. He served as the last Prime Minister of the country until it was split in tow in 1955. Upon assuming the leadership of South Vietnam, he became fervently anti-communist and anti-Buddhist, which led to widespread repression of the populace. He and his family used the country’s wealth and army for personal business.

His reign came to an end in 1963 after the Army of the Republic of Vietnam quickly overthrew the government and forced Diem and his brother to flee Saigon. They were captured and thrown into an armored personnel carrier, where they were killed by bayonets. Diem was shot in the head for good measure.

Ceaușescu was Romania’s last communist leader and his fate was likely the reason there were no others. He took power in 1965 and quickly turned Romania into the most repressive country in the entire Soviet sphere, which says a lot about his iron-fisted rule. His economic policies of basically selling all of the country’s industrial and agricultural output led to mass shortages and hunger, as well as a huge number of dying orphans. He is thought to have killed thousands of people in just over 30 years.

After a state visit to Iran in December 1989 led to a revolt in the town of Timișoara (which was quickly and violently put down), Ceaușescu returned and gave a boilerplate Christmas speech. After an hour of speaking the crowd turned against him and sparked a country-wide rebellion. He and his wife were forced to flee, but were captured by the police, handed over to the army, tried and then executed.