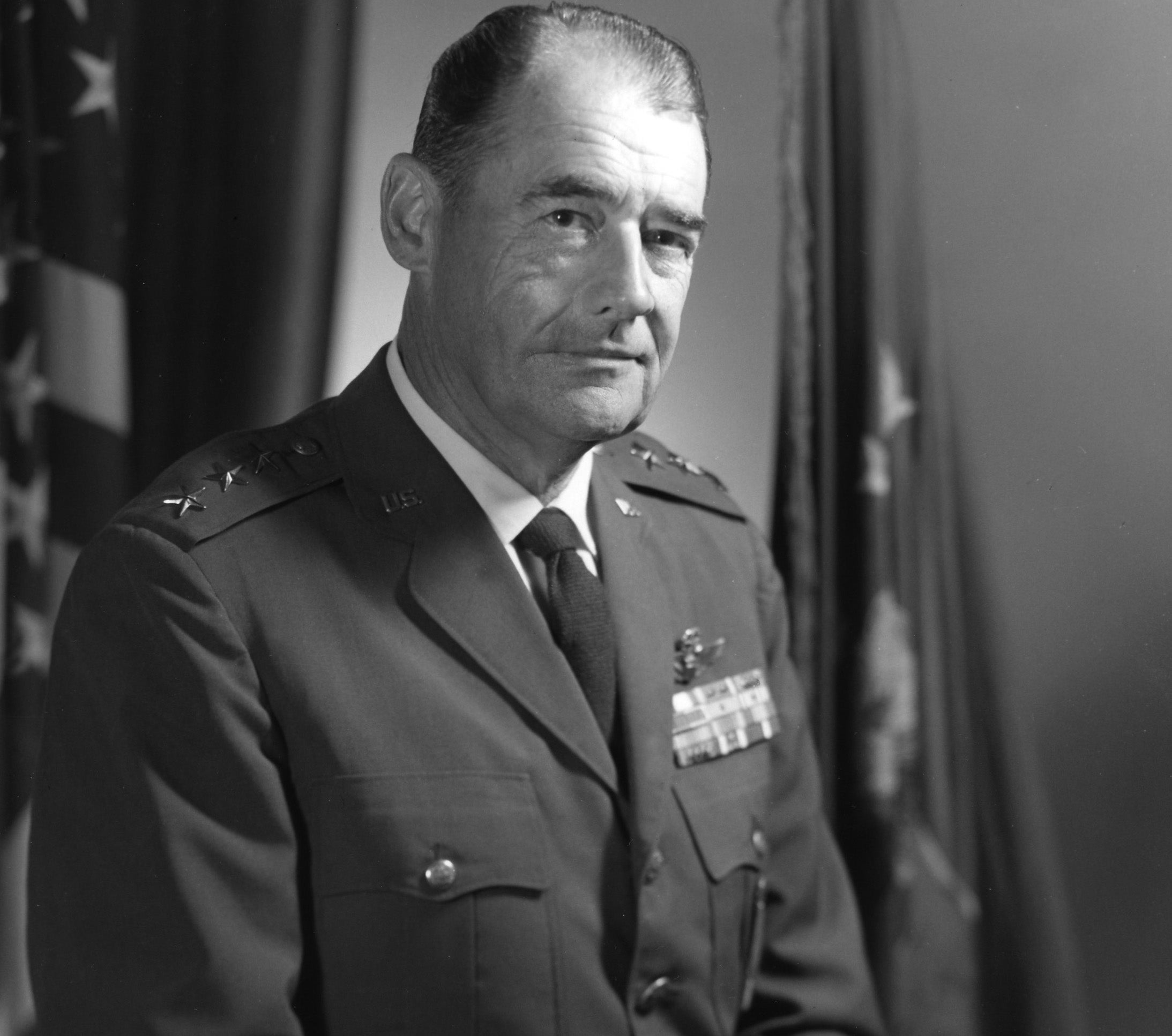 When retired Air Force Lt. Gen. Harry Goldsworthy joined the United States military, there was no independent Air Force. He was joining to get a commission in the Army infantry. Little did he know he would serve during the Air Force’s most important moments, under one of its legends: Curtis LeMay.

Goldsworthy reflected on his life and career on his 107th birthday, April 6, 2021. To celebrate, he rode in a parade driven by the Southern California Patriot Guard Riders.

“I get asked all the time, ‘What did you do to live so long?’ I tell them I think it’s just God’s will. Sometimes I wonder whether he’s rewarding me or punishing me,” he jokingly told WCAX News.

The centenarian also says his secret to a long life is to drink a shot of vodka every night before bed. That’s just how the old timers roll – and no one is more “old timer” than Harry Goldsworthy. He and a friend joined the military in 1936 near their hometown in Washington state. Within three years, he found himself at Texas’ Kelly Field, learning to fly single-engine aircraft.

After the outbreak of World War II, Goldsworthy cut his teeth hunting German U-boats in the Caribbean Sea, using B-18 Bolo bombers, specially fitted to hunt submarines. It was his job to keep them from being able to surface.

In 1945, he was relocated to the South Pacific theater, where he was flying combat missions in support of Allied operations in the Philippines, Balikpapan and Borneo. He was forced to bail out on his last combat mission. Over the island of Luzon, his B-25 Mitchell bomber took heavy fire from the ground.

Goldsworthy landed safely in the jungles, and even kept part of the parachute that saved his life. The war eventually ended and Goldsworthy opted to stay in the newly-created U.S. Air Force. His work as a unit commander at every level was worthy of recognition – he was eventually awarded the Legion of Merit for his staff officer work.

He would soon find himself in the Pentagon, where he would help shape the new service, ushering in the era of jet-powered flight. Far from the skies above Japan, Korea or Vietnam, Goldsworthy tackled the Air Force’s biggest logistical problems, including transportation, supplies and foreign sales.

He was also instrumental in building the silos for yet-to-be-constructed nuclear-tipped intercontinental ballistic missiles (ICBM) during the Cold War. It was Goldsworthy who made haste, with which Atlas, Minuteman, and Titan ICBMs capable of launch, countered the Soviet Union’s first-strike capability.

In his 33-year career, the retired general also flew more than 30 different Air Force aircraft, many of them instrumental to the Air Force’s air power achievements overseas, including the B-52 Stratofortress and F-105 Thunderchief. He even drew up specs for the F-15 Fighter.

Goldsworthy first retired from the military as a Lt. Gen, in 1973 before going to work for Boeing. At 107, he is believed to be the oldest living general. He told Military.com that the fighter aircraft they have today, such as the F-35 Thunderbolt II, are so advanced and technical, he’s not sure he’d be able to fly one of them.

There is a Goldsworthy at the stick of the latest generation of fighters, however. One of his great-nephews is an F-35 pilot.