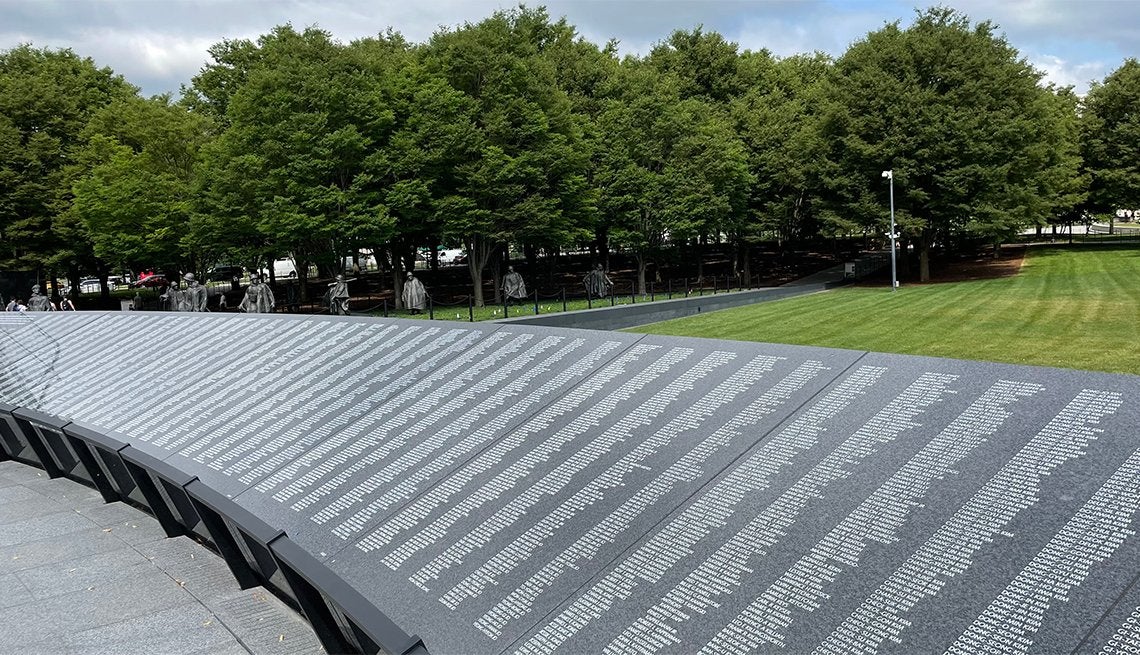 On July 27, 1953, the Korean Armistice Agreement ended hostilities in the Korean War. In Washington D.C., veterans of the Korean conflict, sometimes called the forgotten war, are memorialized in the Korean War Veterans Memorial in West Potomac Park on the National Mall. The memorial was dedicated on July 27, 1995 on the 42nd anniversary of the armistice. In 2021, portions of the memorial were closed for the construction of a Wall of Remembrance. On July 27, 2022, 69 years after the armistice was signed, the Wall of Remembrance was unveiled in a dedication ceremony.

The remembrance wall features the names of the 36,634 Americans who died during the war: 29,857 Soldiers, 4,522 Marines, 668 Sailors, and 1,587 Airmen. Additionally, the wall includes the names of the 7,174 Koreans who served in the Korean Augmentation to the United States Army. In total, 43,808 names are listed on the Wall of Remembrance.

The sloped, granite wall encircles the Pool of Remembrance and integrates seamlessly with the existing memorial. Two new pedestrian paths provide access to the memorial from Ash Road and Independence Avenue. Additionally, during the closure for construction, crews made other improvements including repairing pavement, refinishing the stainless steel statues, and updating the existing lighting with high-efficiency LEDs.

With the addition of the Wall of Remembrance to the Korean War Veterans Memorial, America’s keeps its promise to those who gave their lives in the name of freedom: you will not be forgotten.