Cool off this summer with the new water gun from Noveske 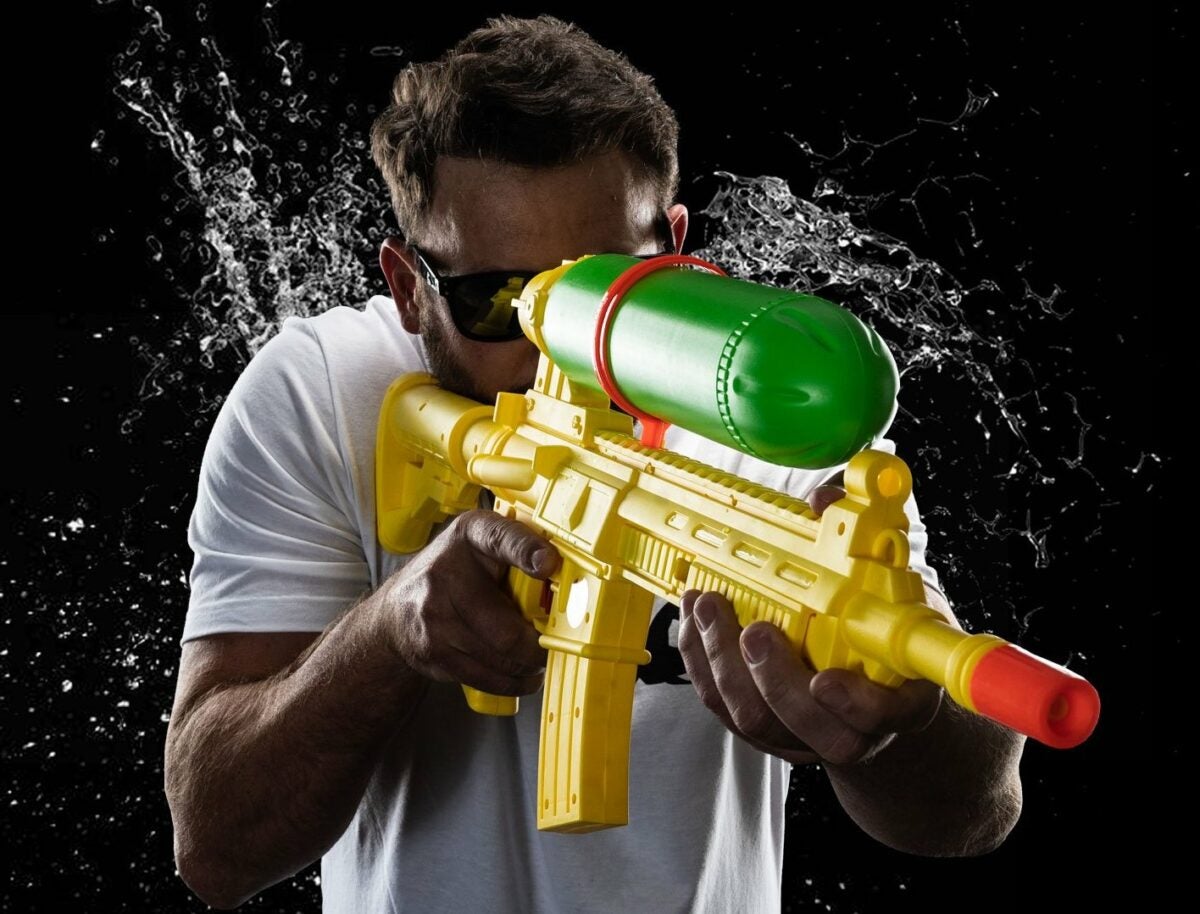 Yes, that’s right. The legendary AR-15 manufacturer Noveske Rifleworks is now making a water gun. Based in Grants Pass, Oregon, Noveske has long been a supplier to top-tier American military units. In fact, the company has been awarded nearly $4.9 million in contracts by the U.S. Navy since 2007, including the Naval Surface Warfare Center Crane Division. Noveske’s rifles are available to the civilian market as well but can cost thousands of dollars. Instead, consider Noveske’s new water gun to beat the summer heat.

In conjunction with URT Clothing, Noveske released the Water Hog 5000 sqURT rifle. The AR-pattern water gun is bright yellow with a lime green top-mounted water tank and orange trim to clearly identify it as a toy. The pump-action sqURT gun has a capacity of 24oz and is California legal. “We’ve modernized the vintage pump-action sqURT gun and given it some teeth. Tackle the heat with this beast and take control of your summer,” URT says on the product page.

At $43.00, the Water Hog is a bit pricey compared to other water guns. However, it’s probably the cheapest blaster that will ever come with the Noveske logo on it. The company even put together an over-the-top promotional video. Just be sure to watch it at home and away from more sensitive eyes. Whether it’s a water gun fight in the park or a Friday night in the barracks, the Noveske Water Hog 5000 has your tactical water blaster needs covered.