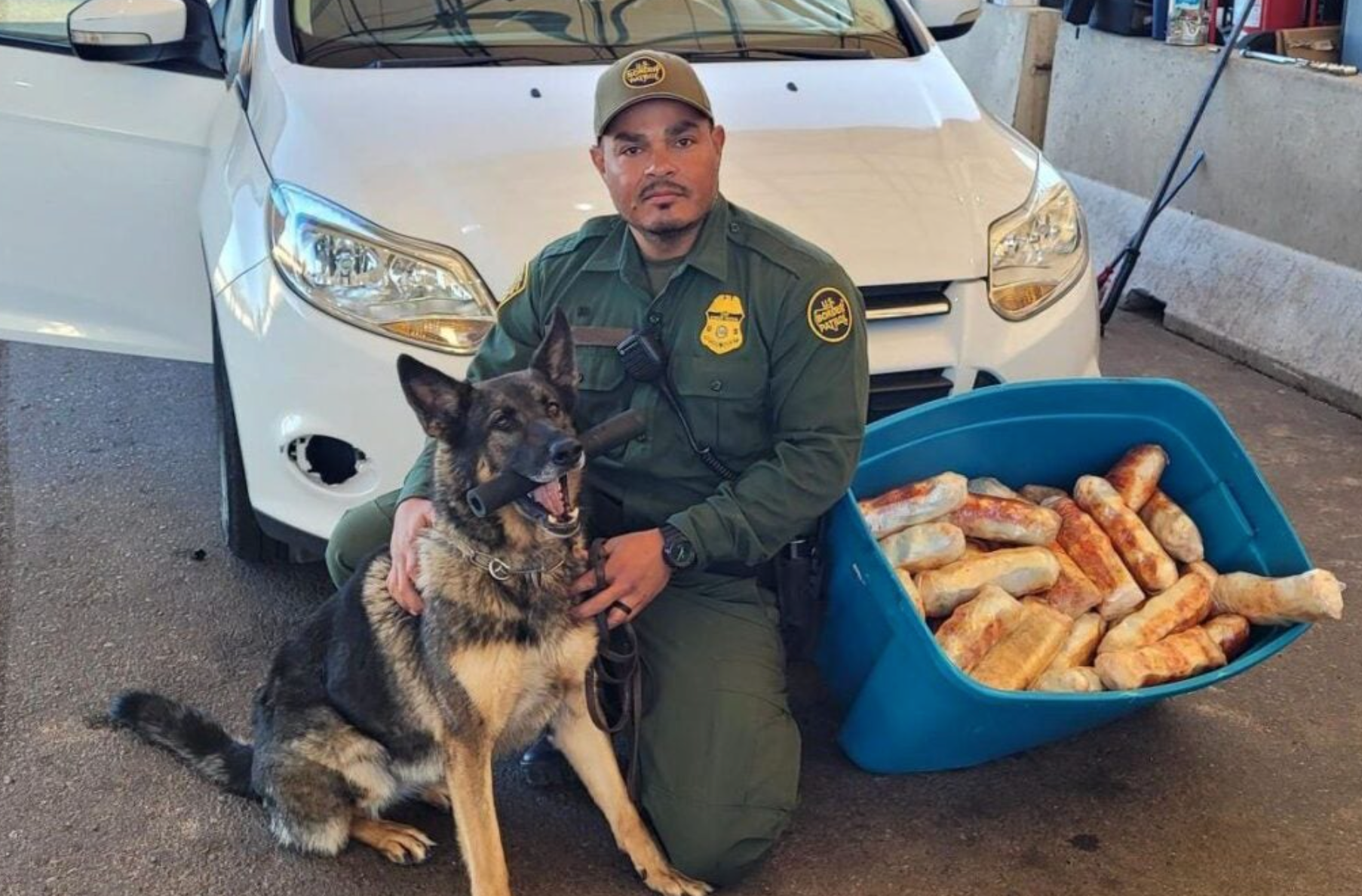 Dogs are some of the most versatile modern working animals. From detecting Japanese troops during WWII to parachuting and swimming with MARSOC operators today, man’s four-legged best friend is certainly up to the challenges of service. On the frontlines of America’s border, drug dogs are sniffing out dangerous and high-value drugs before they can enter the country. Keeping these illicit substances off the streets saves lives and stems cash flow to criminal organizations. In just one week, a dog and handler at the US Border Patrol’s Tucson Sector seized 97 pounds of fentanyl.

On April 19, 2022, a drug dog sniffed out three packages of fentanyl weighing 12 pounds at the Nogales Station. While this intercept doesn’t sound like a huge bust, fentanyl is an extremely dangerous substance in even small doses. John R. Modlin, the Chief Patrol Agent of the US Border Patrol’s Tuscon Sector, tweeted, “Just 2 milligrams of fentanyl can be lethal!” One week earlier, on April 12, the same dog and handler discovered 85 pounds of fentanyl concealed in what appeared to be food items. US Customs and Border Protection has reported over 5,300 pounds of fentanyl seizures for FY22 up to March.

Notably, just a few days after the April 19 bust, another drug dog at the Ajo Station found over 102 pounds of methamphetamine on April 22. USCBP reports show that over 88,000 pounds of methamphetamine have been seized during FY22. While dogs are just part of USCBP’s larger protective operation across the country, they are unrivaled in their abilities and are an integral part of the team.