A New York businesswoman is bringing clothing, medicine and bulletproof vests to Ukraine - We Are The Mighty

A New York businesswoman is bringing clothing, medicine and bulletproof vests to Ukraine 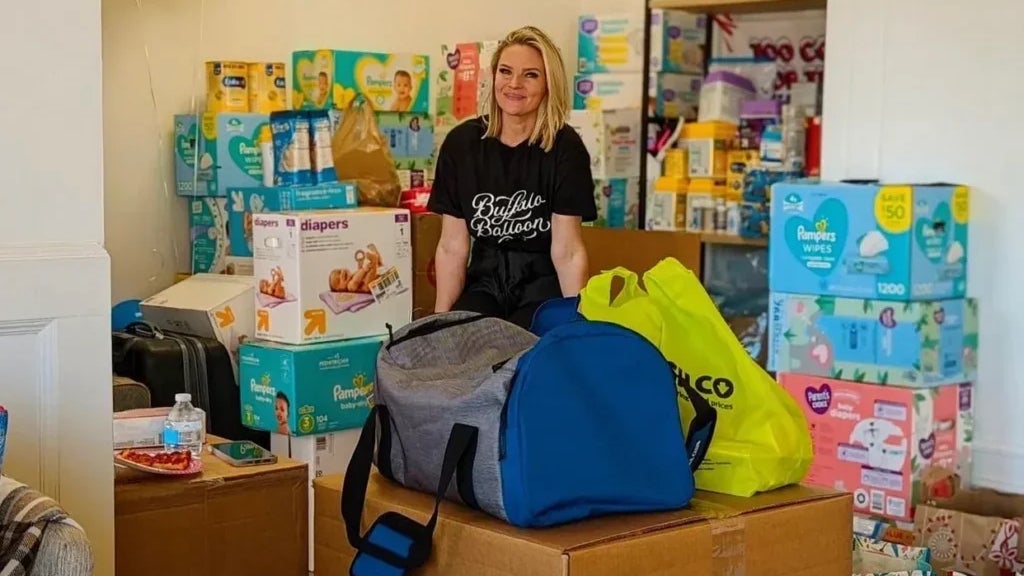 Lydia Dominick is the owner of Buffalo Balloon Co. in Buffalo, New York. “I started Buffalo Balloon Co. because I love to see people feel important and balloons are one of the best ways to accomplish that,” Dominick says on her company’s website. Now, with the war in Europe, she’s doing what she can to let the people of Ukraine know that they are important by bringing them much-needed supplies including clothing, medicine and even bulletproof vests.

Shortly after the Russian invasion of Ukraine in February 2022, Dominick saw friends of hers in Europe collecting supplies and driving them to the Ukrainian border. “I thought, ‘I can’t do nothing here, I am going to help,'” she told Fox News. Dominick started a new organization, Buffalo Gives, and began soliciting supplies which she stored at her business. In just four days, 21 pallets full of diapers, baby formula, medical supplies, clothes, blankets, and hygiene products were collected and shipped to Europe.

While this enormous donation was well-received, Dominick realized that the needs on the ground in Ukraine had changed. “It’s no longer diapers, it’s no longer clothing. We need bulletproof vests,” she recalled. Not quite knowing where to begin collecting body armor, she took to social media and got an immediate response with the first donation coming in on March 8. “We had [a] sheriff’s office, entire police academies bringing in expired vests,” she said. While the effectiveness of Kevlar vests and ceramic plates cannot be guaranteed past a certain date after they are manufactured, they can still provide protection as long as they have not been structurally compromised.

In addition to collecting donated vests and helmets, Dominick began purchasing armor with monetary donations. In order to transport the body armor out of the United States and into Europe, Dominick worked with arms dealers across to country to obtain an International Traffic in Arms license. This allowed her and her team to personally deliver the armor to warehouses in Warsaw, Poland and Lviv, Ukraine.

On her first trip to Poland, Dominick checked 10 bags containing 20 vests, ballistic helmets, medical supplies, and medicine. With help from her family, her second trip saw her checking 62 bags filled with 160 vests. A third trip is scheduled for the end of April which will bring hundreds more vests to Europe. Incredibly, United Airlines offered Buffalo Gives 500 pounds of free cargo weight to fly the supplies to Europe from John F. Kennedy International Airport.

In addition to the body armor, Buffalo Gives is still collecting cold medication pills, allergy medication pills, chewable or dissolvable children’s medication, and medical supplies like QuikClot, gauze, and trauma packs. Donations can be dropped off at Buffalo Balloon Co. in Buffalo.