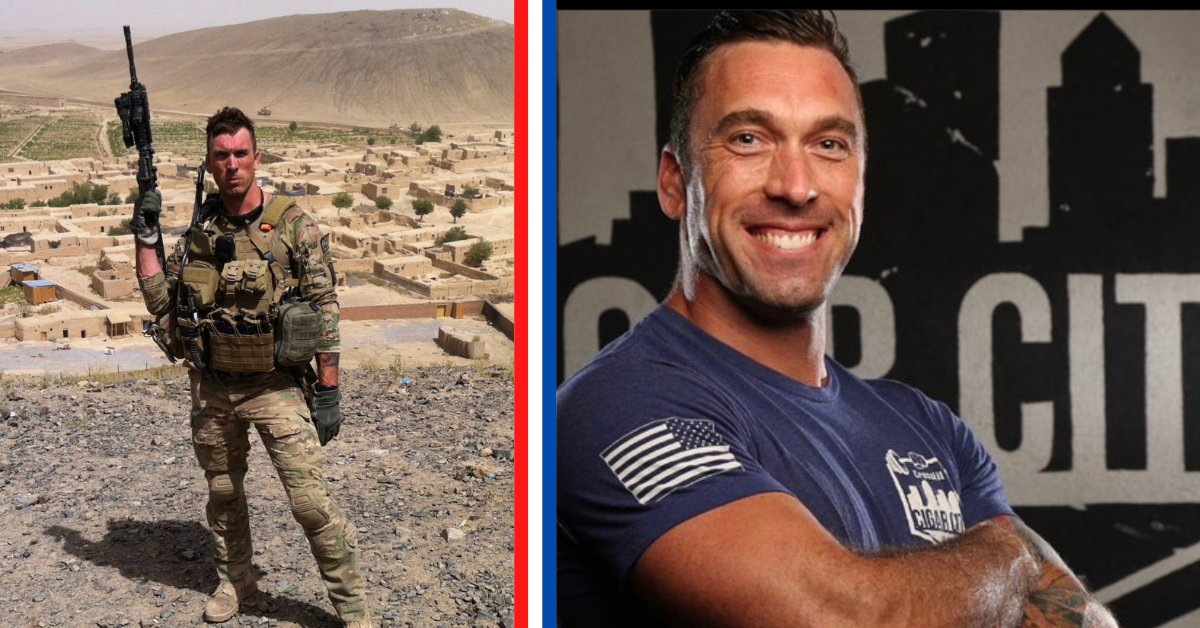 Retired 1st Lieutenant Benjamin Bunn is the new Director of Business Development and Field Marketing for Bravo Sierra, well known for its care products developed by and for service members. With this former Green Beret at its helm, the company is ready to take on the energy drink world next.

Growing up on the west coast of Florida, Bunn was raised by a single mother and admitted to getting into some “mischief.” To avoid going down the wrong path, he headed to the military recruiter. In 2000 at just 17-years-old, he enlisted in the Army National Guard.

“I felt like I was a part of something bigger than myself,” Bunn said. Though he was deploying often with a high post 9/11 op-tempo, he wanted more. In 2005, he applied for Special Forces selection and assessment.

He was assigned to 20th Special Forces Group initially as an 18 Echo (communications) but later transitioned into the 18 Fox (assistant operations and intelligence) role. “I did well and was chosen for the Qualification Course and continued to deploy several more times. It was very exciting and interesting to be doing all the things I was doing,” he added.

Bunn made the decision to attend the University of Tampa full-time, immersing himself in student life. “It was after the height of the war from 2007 through 2009 when we saw the surge in Iraq and things began picking up in Afghanistan. I had been in some pretty intense combat in both theaters of operation and then transitioned into college,” he said. “I wondered how it was going to be but I really found those years to be formative.”

When a professor asked him if he’d thought about becoming a Cadet in the ROTC program and going the officer route, his response was pretty colorful. “But he challenged me and said if you could do it better, I’d like to see you try. And so I did,” he laughed. Upon graduation, Bunn transitioned to active-duty as an Infantry Officer in the Army. “To this day being a platoon leader in the 1/73 Airborne Infantry Unit is the absolute best job I ever had. I still think about it almost on a daily basis.”

After retiring from the Army in 2016, entrepreneurship was on his mind. “I came back to my hometown and opened a crossfit gym. It was the perfect soft landing for someone who was in the military and special forces,” Bunn explained. “I still own and operate that gym. It’s been open for almost six years and I’ve got a tremendous staff that really kind of handles the soup to nuts so to speak, and handles the majority of day to day operations on my behalf. I pretty much change door knobs and cut payroll.”

In 2019, he was approached by Bravo Sierra, known for its military inspired personal care products made and produced in the United States. “Initially, they approached me for ambassador work and at the time I was 37 or 38 years old with a newborn son at home,” Bunn said.

Though flattered by the offer, he countered, saying he’d like to come onboard to do much more than what they asked for. “I had done event management for nonprofits like Team Rubicon and the Yellow Ribbon Foundation because I still had a service-oriented mindset,” Bunn said. “I suggested they hire me as a consultant for three months and if they didn’t like what I was doing, no harm no foul.”

Two and a half years later, he’s leading their efforts to expand. “I spent my initial time with them managing the military retain channel which has about 155 locations internationally and domestically,” he shared. “We recently developed our first performance beverage which acts as an energy drink or pre workout, Echelon and it’s my primary focus.”

“Our company is very scrappy. “We have individuals who hail from all manner of varied and very distinguished and impressive backgrounds,” Bunn shared.” “Ivy League graduates, kids that competed ultramarathons, former airborne Rangers, Green Berets, infantry officers, Marines, the whole nine yards and about 40% of our organization total is veterans and we’re looking to hire more.”

When the team did a soft test launch of the Echelon drinks online, they all sold out in less than an hour. Now they have an exclusive deal with GNC for the next six months and sales are booming. With every can sold, 10 cents goes directly to the Green Beret Foundation which provides Special Forces Soldiers and their families with emergency, immediate and ongoing support.

As for this veteran, Bunn wants others who are transitioning to know there is a fulfilling life waiting for the outside of the uniform.

“You lose three things in rapid fire when you leave the military. First, your job. Then you find yourself losing a community. It’s a very tight knit and you know, homogeneous community, everybody has shared experiences that are very similar, which creates these tight bonds. And then to a degree, you also lose a sense of purpose,” Bun said. “Give yourself a soft landing, don’t make it something that is emotional or a violent transition. I had a life in the military and now I have a brand-new life and career outside of it and it’s been transformative for me.”

You can follow Bunn here, learn more about Bravo Sierra here and get yourself some Echelon energy and goodness by clicking here.