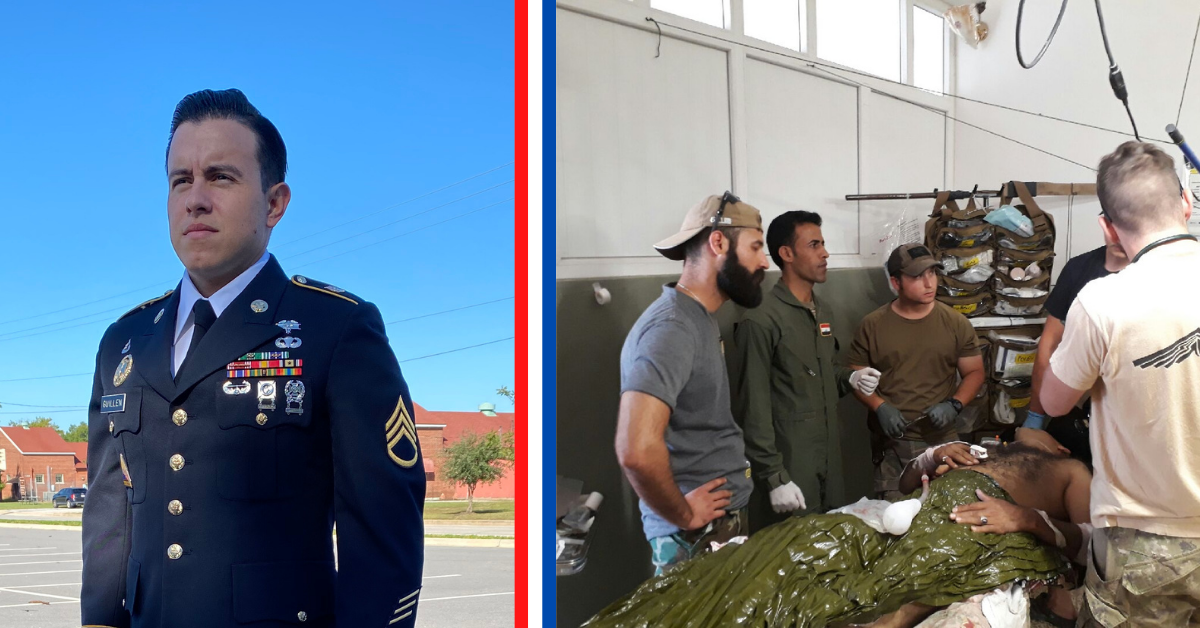 The words Special Operations Forces typically garner visions of Green Berets, SEALs, Marine Raiders and Rangers. One organization is making sure we don’t forget about its extraordinary medics.

The Special Operations Medic Coalition (SOM+C) was formed by and for these sometimes under recognized service members and veterans. Though there are numerous benevolent organizations dedicated to the SOF community, SOM+C is the world’s only dedicated to the medics who are quite literally saving everyone’s lives.

Perez joined after witnessing the terrorist attacks on 9/11, committed to getting into the fight.

The men and women who hold the combat medic role are arguably the best trained emergency medical responders in the world. They are also armed and fighting right alongside their brothers and sisters in combat. Though they gladly assume the role of caregiver and supporter to operators, taking care of themselves is often left to the backburner, Perez admitted.

Army Sgt. and SOM+C Chief Marketing Officer Brian Guillian became a medic after continually watching service members getting hurt. As he watched what would be a 20-year war unfold, he wanted to be a part of it in a way which saved lives.

The organization’s mission is to advocate for the SOF medics while also assisting in the transition from battlefield medic to veteran medic. This includes things like educational grants, support or resources, transitional employment workshops.

“We take a tiny little bag of supplies and we come up with miracle solutions,” Perez said. “I think we can carry that into the professional field. We just want to help people understand that we have skills and then help medics on how they’re going to translate those skills into the civilian world.”

Next up for SOM+C is its Brain Health Summit. “This year, we’re actually focusing on brain health, both mental health and the actual physical or cognitive injury to brains because of TBI,” Gullien explained.

“I’ve been here for 11 years now and the Special Operations metrics are really unique. We are always planning, training and doing. We are just used to constantly having to be on because even in a training environment people get hurt,” Guillian explained. “We definitely forget about ourselves because we’re constantly making sure everyone else is good.”

Being constantly “on” and needing to be ready to care for others takes its toll.

“We have a light-switch which is constantly going on and it’s important for us to help people turn it into a dimmer switch instead,” Perez added. As he started taking his own inventory, he realized there was a huge gap in support for the SOF medic community and SOM+C was born through it.

So what’s next for these hard-charging SOF medics? Simply put: more. More peer-to-peer community events, recognition, resources and support. Four years after its formation, SOM+C is well on its way to being a formidable nonprofit organization serving our SOF medic community.
To learn more about SOM+C, click here. You can also follow the team on Instagram.