Most frightening haunted sites near military bases - We Are The Mighty 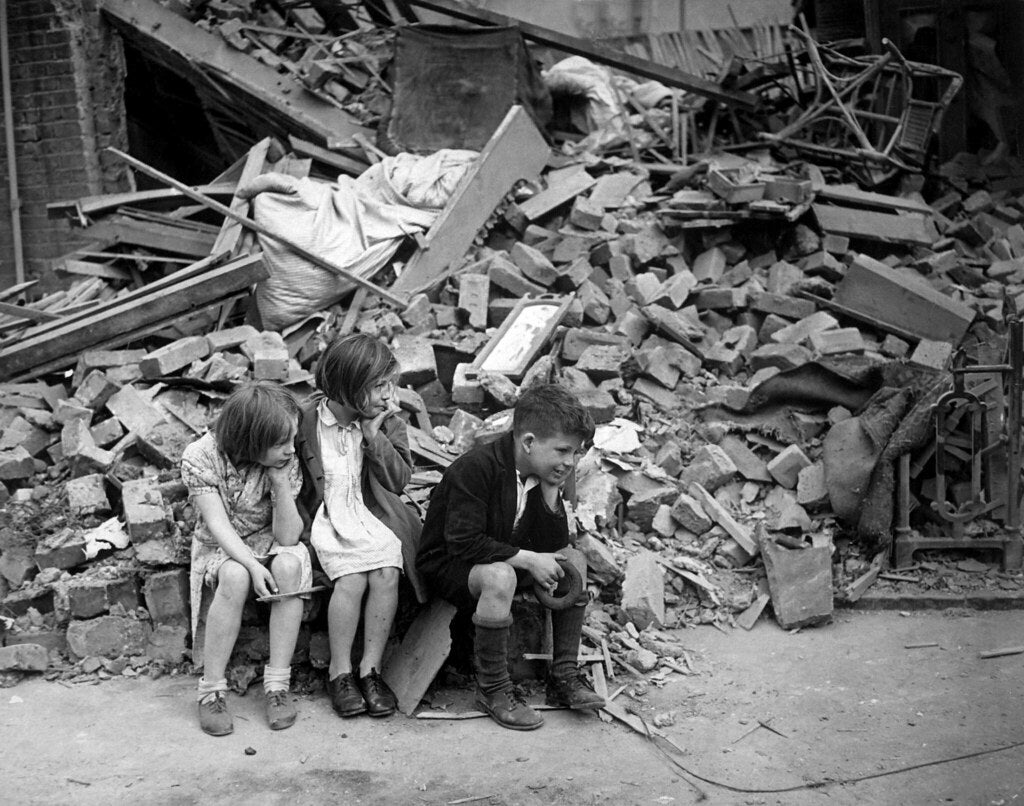 Because they lived among key targets hit by German fire, Britain’s lost children became a priority to relocate to safety. (Flickr).

Beyond the scariest tales of bloody combat, the military has to deal with plenty of scary ghostly stories. As we all know, where there is war, death is common, and with death comes spooky stories. Military bases are sources of the scariest ghost stories worldwide, and if you spend a reasonable amount of time near them, you will hear whispers of different legends of haunted sites near military bases from the locals.

During WWII, Switzerland did its best to keep a neutral balance but could occasionally face interference from Allied forces and the Axis nations. The UK counterattacked Germany when they initiated a reign of terror, forcing one of the British troops to seek refuge in a hidden village in the Swiss Alps. A couple of weeks after they arrived in the village, food and other items magically started to disappear. Soon after, one private Reginald from the troop and several kids got lost, alarming everyone.

It was believed a mythical creature of mighty strength lived in the mountains and was responsible for all the lost items and children. Soldiers on night patrol claimed to have seen an eerie creature through the house windows. They chased it to a manmade cave, where they shot it dead. The missing kids and the private troop member were found there with their bodies half-eaten.

In the mid-1830s, famous combat known as the war of the Alamo broke out as the Texans fought for independence from Mexican Control. The war was brutal, leaving thousands lifeless. Several days after the war, some veterans reported having encountered a mysterious phenomenon. The young soldiers had been ordered by their General Juan Jose to burn the dead bodies left on the field after battle to prevent an outbreak of diseases.

These men claimed to have seen six large monsters commonly referred to as Diablos standing guard over the forefront of the Alamo mission. Additionally, young boys have been seen running then disappearing in the same place the soldiers saw the Diablos.

If you spend a night at the Diplomat Hotel in the Philippines, you will hear screams and banging from every corner of the haunted site. After several people reported these paranormal activities, an investigation was launched. It is believed that these phenomenal activities commenced right after the invasion by the Japanese. The legend has it that the Japanese soldiers beheaded men and women of God, including nuns and clergy members. During the war, it was regarded as a sanatorium but now serves as a Diplomatic hotel.

The term ghost planes may seem odd, but after reading this story, you will understand the origin of the name. During WWII, fighter planes could appear and disappear abruptly, a situation that went on even after the war ended. One time, a plane appeared and was caught on the radar by the U.S. Army. An investigation was launched, and pilots were sent to confirm what had been traced. They spotted an American P-40 that had a lot of bullet holes and was filled with the pilot’s blood. The fighter plane fell like a rock from the sky, crashing horribly. Scouts were dispatched to the scene, and they reported to have found the plane, although the pilot was missing.

The Jefferson Barracks was opened to honor the late President Thomas Jefferson in 1826. The barracks have been used for various purposes, including military staging. Soldiers claim to have witnessed a figure of an angry sentry confronting them. The sentry has a bullet hole on his head, with blood oozing from it. Legend has it that the sentry was murdered during a raid and still thinks he is on patrol duty.