Here’s how a longbow was instrumental in WWII 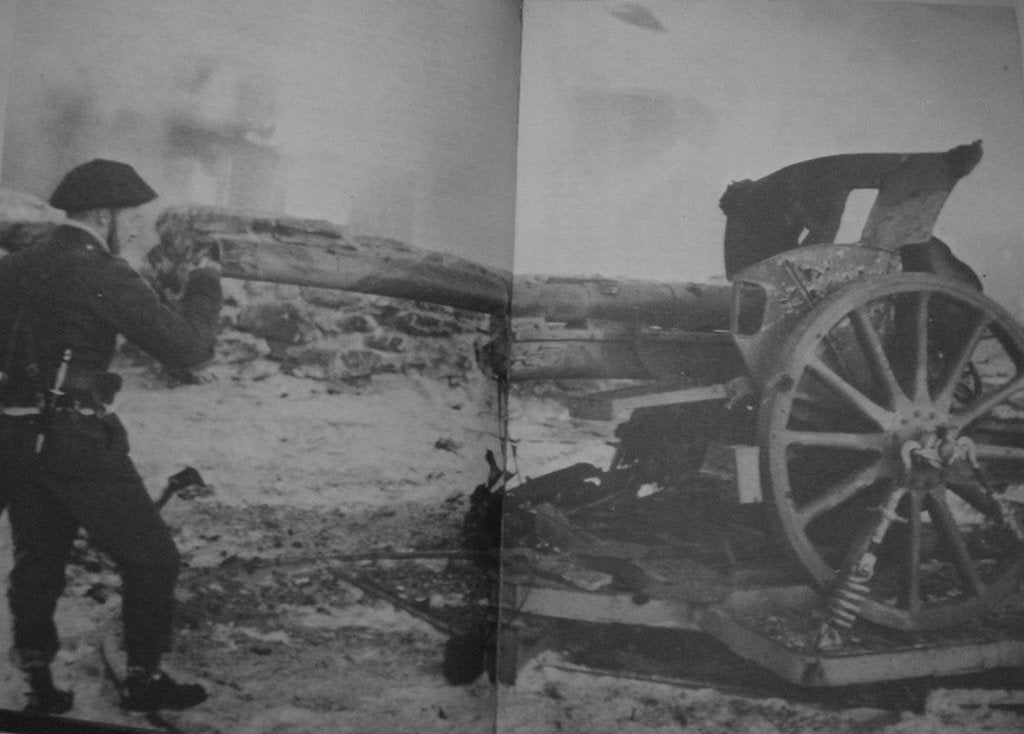 Churchill stares down the barrel of a captured Belgian 75 mm field gun.

Reading this, you’re probably thinking, “World War II? That’s way too late for a bow and arrow.” And for the most part, you are right. That’s because we’re not talking about several longbows — there weren’t armies of troops carrying bows with them along with a ruck and a rifle. There weren’t attacks of raining arrows that fell upon unsuspecting platoons … at least not by the superpowers. Rather there was a single longbow throughout WWII, and it made an incredible difference in some of the war’s most important battles.

It was wielded by one man, a British soldier, and he knew how to use it. Lieutenant Colonel John Malcolm Thorpe Fleming Churchill, known simply by “Mad Jack” and also “Fighting Jack” has been called a man without fear. He is known for running into battle, screaming, and attacking Germans head-on. Without so much to defend himself other than his longbow, a sword, and his signature bagpipes.

Not that it mattered. In a single battle, he captured more than 40 Germans by knifepoint with his signature Scottish broadsword. All in a single battle. He is known for surviving multiple bomb blasts and escaping more than one POW camps. Then in 1940, he earned notability for the longest longbow kill on record.

Imagine facing this seemingly crazed man. Despite the existence of powerful guns, you faced a man playing music, armed with medieval weapons, and screaming at the top of his lungs. It was a tactic that took the enemy by surprise. And it worked.

Operation Archery is what his running, arrow-shooting stunts became to be called, after the code name for the Måløy Raid. The first event, which earned him his nicknames, took place in May of 1940. His unit was ordered to charge a tower that held German soldiers. With a seemingly nervous sergeant in charge, Mad Jack took the lead, announcing that he would kill the first soldier with an arrow. His fellow soldiers were surprised as Mad Jack stood, possibly giving their location away, and released a long, barbed arrow into the sky. The receiving soldier was hit square in the neck and dropped to the floor.

The rest of the Germans began unloading their bullets but were unsure of the exact location with no noise to follow from a gun. By the time the British soldiers reached the Germans’ stance, Mad Jack ran in and killed three with his gun. He took the rest by knifepoint — out of bullets, they surrendered.

From then on he was known as Mad Jack and Fighting Jack Churchill to the rest of the British Army and beyond; the legend of his bravery was told for miles around.

It’s said that Mad Jack carried his longbow because that was the weapon with which he felt most comfortable. He was an eight-time world archer prior to the war. Even though he was proficient with firearms of any size. He is known for stating, “Any officer who goes into action without his sword is improperly dressed.”

Despite his prowess as a soldier, Mad Jack was volatile and known for doing his own thing. He did not always follow orders and often took a new path in war, preferring his own senses over what the British had planned.

In any case, he survived battles in France, Norway, Italy, Yugoslavia and Burma, where he was captured as a prisoner of war. Germans believed he was related to Winston Churchill and kept him as a high-profile prisoner. Soon after he escaped but was captured once again. When he and other POWs were abandoned by the SS, he walked 93 miles until meeting up with a team of American soldiers.

He fought through the end of WWII, and is said to be unhappy about its end, stating, “If it wasn’t for those damn Yanks, we could have kept the war going another 10 years.”

Mad Jack continued to serve by joining the Seaforth Highlanders and the Highland Light Infantry, where he is noted for saving more than 500 patients from the Hadassah Hospital by Jerusalem. He then worked in the Army Apprentices program, where he refurbished steamboats.

He is known for confusing British train passengers when he would regularly throw his briefcase out of the train window. He landed the case in his garden and retrieved it from the yard each day once he arrived home.

Another of his notable quotes was, “People are less likely to shoot you if you smile at them.”