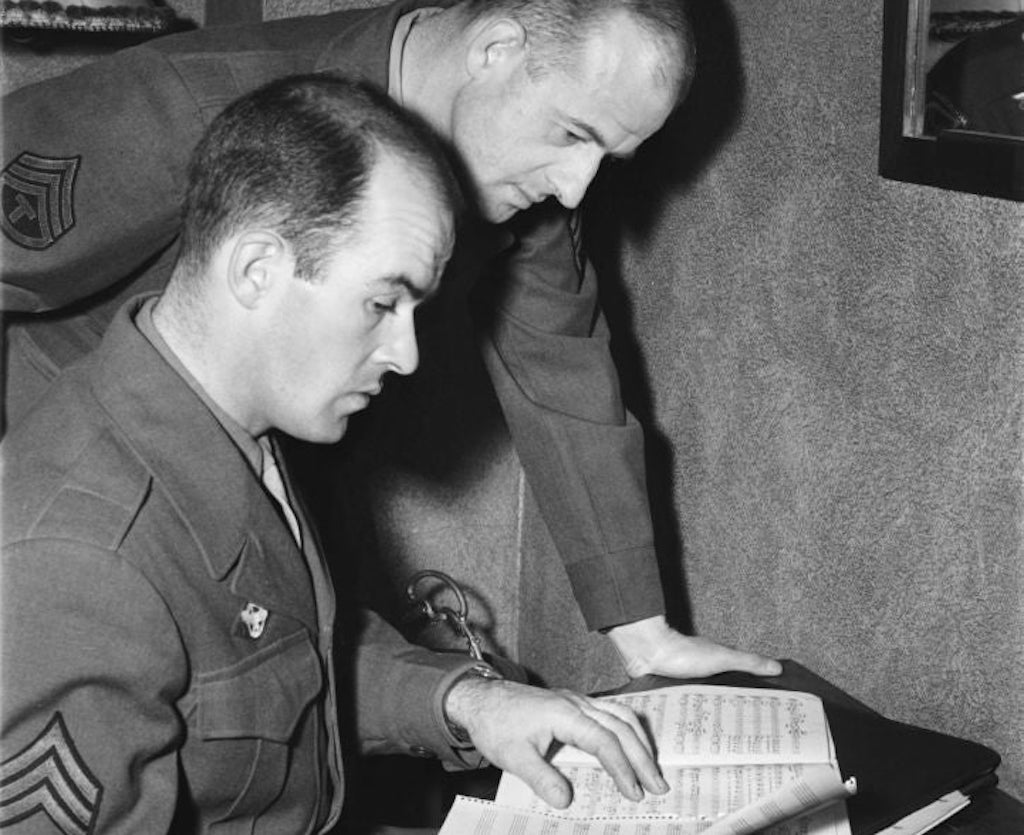 The Trapp Family Singers are one of the best known families in America, and perhaps the world, for their depiction in the classic film The Sound of Music. While the von Trapps served as the inspiration for the film, many of the details and aspects of their lives were changed for the purpose of making an entertaining movie. For example, the von Trapps were already a musically-inclined family before Maria’s arrival. Additionally, the family did not flee Austria for Switzerland by foot. Rather, they took a train to Italy and then a boat to New York. This is how the two von Trapp brothers ended up serving in the US Army during WWII.

Born on November 1, 1911, Rupert Georg von Trapp was the firstborn child and eldest son of Georg von Trapp and his first wife, Agathe Whitehead von Trapp. His younger brother, Werner, was born on December 21, 1915. They are portrayed by Friedrich and Kurt in The Sound of Music, respectively. The boys grew up with their five sisters in Zell Am See in the former Austria-Hungary. Their mother died of scarlet fever in 1922 and the family moved to Salzburg-Aigen in 1925.

Maria Augusta Kutschera came to the family in 1926 to teach two of the von Trapp sisters. She married Georg in 1927 and bore him two more daughters and another son. During this time, the family sang together at their local church. Rupert sang bass while Werner sang tenor. The older brother also studied medicine and became a doctor. In 1938, he was offered a job in Vienna but refused when he learned that the position was taken away from a Jewish physician by the Nazis.

That summer, the von Trapps fled Austria after its annexation by Germany. The family arrived in New York and later settled in Vermont in 1942. The next year, Rupert and Werner joined the Army and were assigned to the 101st Infantry Battalion. This unit was composed primarily of Austrian-Americans and Austrian nationals. Similarly, the 99th Infantry Battalion was made up of Norwegian-Americans and the 100th Infantry Battalion was made up of Japanese-Americans. The brothers were later reassigned to the 10th Mountain Division and served in Italy. Rupert earned a Bronze Star during his time in the Army.

After the war, Rupert returned to medicine and earned a second medical degree from the University of Vermont in 1947. Werner helped found the Community School of Music in Reading, Pennsylvania before returning to Vermont to become a dairy farmer. In 1992, Rupert died at the age of 80. Werner died in 2007 at the age of 91. Both brothers are buried with their father, stepmother, and other siblings at the Trapp Family Lodge cemetery in Vermont.