This was Captain America's Army unit, and it's still active - We Are The Mighty

This was Captain America’s Army unit, and it’s still active 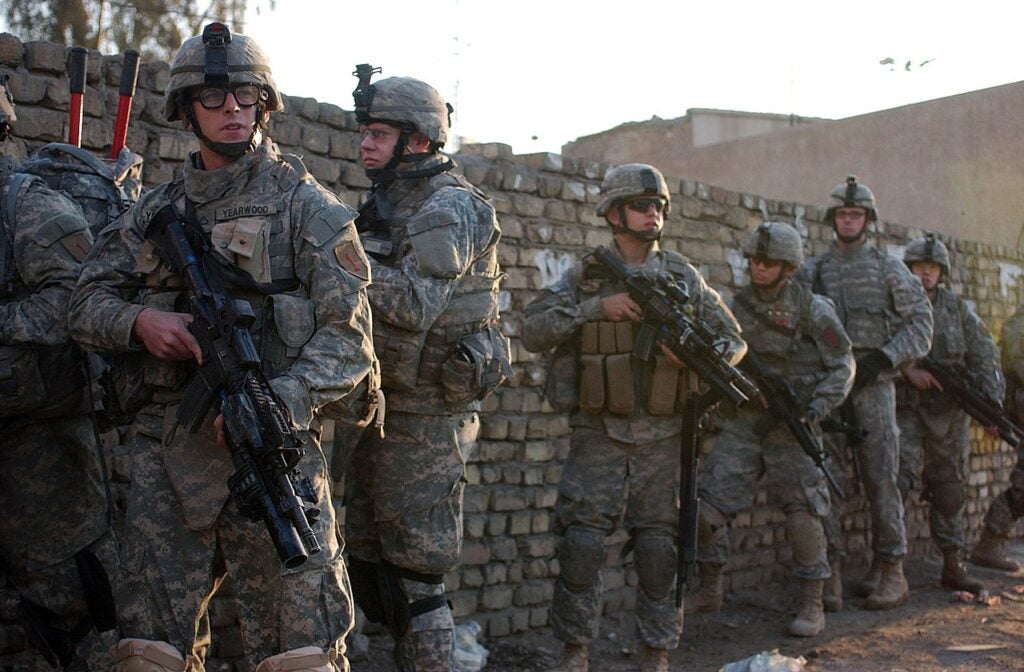 Captain Steven Grant Rogers, better known as Captain America, is the perfect soldier…at least in the fictitious world of Marvel Comics. Created by Joe Simon and Jack Kirby in 1940, the character of Captain America was developed with a fully-fledged backstory. A frail, young newspaper boy was turned into a perfect human specimen with a super-soldier serum to help America win WWII. As a soldier in the U.S. Army, Rogers was given the rank of Captain along with his iconic star-spangled suit and shield. Moreover, Cap was assigned to an Army unit that actually fought in the war: 1st Battalion, 26th Infantry Regiment, 1st Infantry Division.

At the beginning of the 20th century, the Army was stretched thin by its overseas commitments in Cuba, the Philippines and Puerto Rico. To alleviate this strain, Congress authorized the creation of the 26th, 27th, 28th, 29th and 30th Infantry Regiments in 1901. The 26th Infantry was formed in the Philippines where it earned its first battle streamer during the Philippine-American War, less than two years after its formation. Until WWI, the regiment would serve in the Southwest Pacific and on the Mexican and Indian frontiers.

The regiment was nicknamed the “Blue Spaders” for the blue spade-like device on its distinctive unit insignia. After its baptism of fire against Filipino rebels and Mexican bandits, the Blue Spaders were one of only four Regular Army units deemed fit for immediate combat to form the first American Expeditionary Division in June 1917. The expeditionary division would later be named the First Division, the famous Big Red One.

Upon their arrival in France, the Blue Spaders were immediately sent to the front. There, they saw heavy combat. In just six months, 900 soldiers of the 26th were killed. At the Battle of Soissons alone, the regimental commander, executive officer, two out of three battalion commanders and the regimental command sergeant major were killed. Out of 3,100 Blue Spaders that started the attack, over 1,500 were killed or wounded. Still, the hard-won Allied victory at Soissons in the summer of 1918 helped turn the tide and brought the war closer to its end. By the armistice, the Blue Spaders earned two foreign awards and seven battle streamers, more than any other American regiment during the war.

The 26th Infantry remained in Germany as an occupation force before returning to the U.S. where it was maintained as part of the peacetime Army. In 1941, following the attack on Pearl Harbor, the Blue Spaders were readied with the rest of the 1st Infantry Division to return to Europe. The regiment took part in the amphibious assault of North Africa, fought at Kasserine Pass, and invaded Sicily. After the Mediterranean campaign, the Blue Spaders landed at Omaha Beach on D-Day, conquered the first German city of the war at Aachen, held back the Germans at Elsenborn Ridge during the Battle of the Bulge, crossed the Rhine and made it all the way to Czechoslovakia by the war’s end. In total, the 26th Infantry conducted three amphibious assaults, and earned seven battle streamers, a Presidential Unit Citation and five foreign awards during WWII.

With such an illustrious campaign during the war, it’s almost as if Captain America was leading the Blue Spaders. Of course, Captain Rogers only fought with 1-26 IN in the comic books. The real Blue Spaders earned their battle streamers with blood shed and hard fighting. The 26th again remained in Germany as an occupying force and even bore the U.S. flag during the Allied Victory in Europe parade. Blue Spaders also served as guards at the Nuremberg War Crimes Trials.

In 1965, the 26th Infantry Regiment deployed with the 1st Infantry Division as part of the Army’s first division-sized unit in Vietnam. The regiment spent five years in country and earned eleven battle streamers, a Valorous Unit Award, and two foreign awards before it was ordered home in 1970. Afterwards, the Blue Spaders returned to Germany as part of a forward-deployed brigade of the 1st Infantry Division.

In 1987, the 26th Infantry Regiment was reassigned to Training and Doctrine Command. After training recruits at Fort Dix, New Jersey and Fort Jackson, South Carolina, the Blue Spaders returned to the Big Red One in Germany in January 1996. Just a one month later, the 26th Infantry was sent to Bosnia as part of the first American push into the Balkans from February to September 1996. The Blue Spaders deployed to the Balkans multiple times in the late 1990s and earned the Superior Unit Award and the Defense of Kosovo streamer during that time.

During the Global War on Terror, the Blue Spaders deployed to both Iraq and Afganistan during Operations Iraqi Freedom and Enduring Freedom. In 2014, the 3rd Brigade Combat Team, 1st Infantry Division was inactivated along with the remaining battalions of the 26th Infantry Regiment. However, on April 15, 2015, the 1st Battalion, 26th Infantry Regiment was reactivated as part of the 2nd Brigade Combat Team, 101st Airborne Division (Air Assault) at Fort Campbell, Kentucky. They deployed during Operation Inherent Resolve and assisted Iraqi forces with retaking Fallujah and pushing into Mosul. As the last active battalion of the 26th, 1-26 IN carries on the regimental nickname “Blue Spaders” and keeps Captain America’s unit marching in the active Army.