These stamps will honor the heroic Japanese American Veterans of WWII 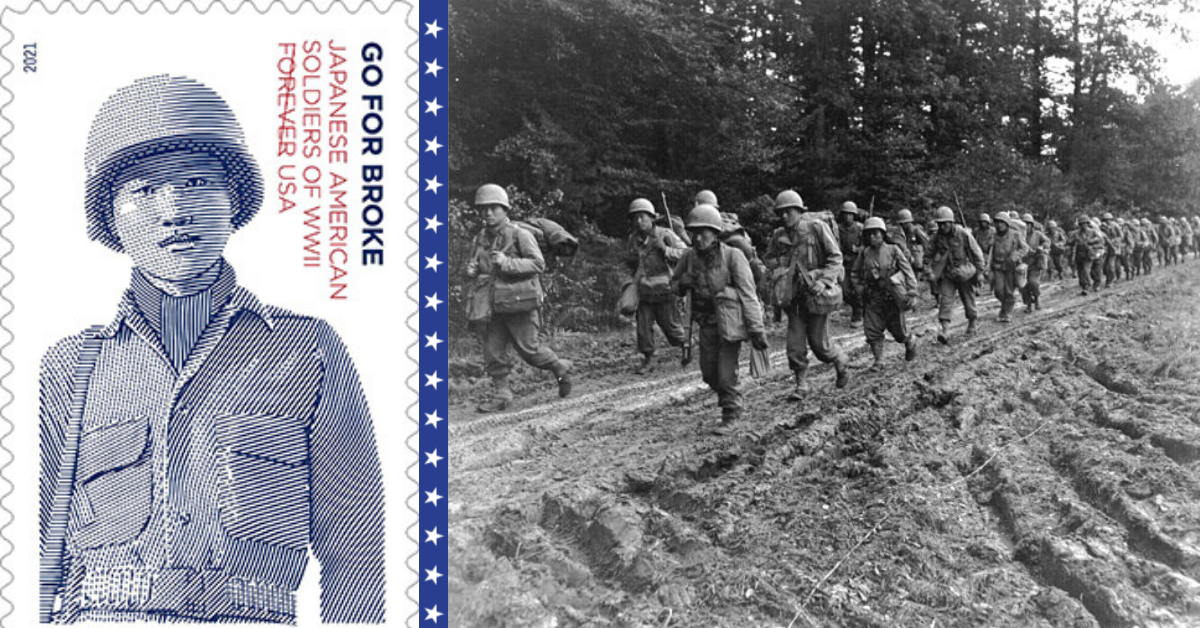 Following the attack on Pearl Harbor on December 7, 1941, Japanese Americans were sent to internment camps for fear of espionage against the nation. With Executive Order 9066, President Roosevelt authorized the incarceration of all people of Japanese descent, including U.S. citizens. Despite this violation of civil rights, Japanese Americans volunteered in droves to serve America. Largely serving in segregated units, they were sent to both the Pacific and European theaters where they served with distinction. The most famous of these units was the 442nd Regimental Combat Team. 21 soldiers from the 442nd earned the Medal of Honor during WWII, including the only Japanese American to receive the medal during the war.

Known as nisei, second-generation Japanese Americans came under increased scrutiny after Pearl Harbor. Despite the fact that most of them had never set foot on their ancestral homeland, many of their neighbors viewed them as the enemy. When they were allowed to join the war effort, the nisei were determined to prove their loyalty. Many nisei served as translators, interpreters, and interrogators in the Pacific with the Military Intelligence Service. Their knowledge of the Japanese language, culture, and customs proved invaluable in the bloody island hopping campaigns against the Japanese Empire. Almost 1,000 nisei served in the 1399th Engineering Construction Battalion. Additionally, more than 100 nisei women joined the Women’s Army Corps. In total, roughly 33,000 Japanese Americans served their country honorably during WWII.

In recognition of their honorable service in the face of prejudice and segregation, the United States Postal Service will honor the Japanese American veterans of WWII with a commemorative stamp. Called “Go For Broke: Japanese American Soldiers of WWII,” the stamp was designed by Antonio Alcalá and is based on a photograph of a soldier from the 442nd taken at a French railroad station in 1944. The stamp’s name comes from the 442nd’s motto, “Go For Broke.”

A virtual dedication ceremony will be held on Thursday, June 3, 2021 at 11 a.m. EDT/8 a.m. PDT. The ceremony will be posted on the Postal Service’s Facebook and Twitter pages. Notable attendees include the Honorable Lee Moak, U.S. Postal Service Board of Governors and Gen. David A. Bramlett, U.S. Army (retired). This stamps are being issued as Forever stamps.