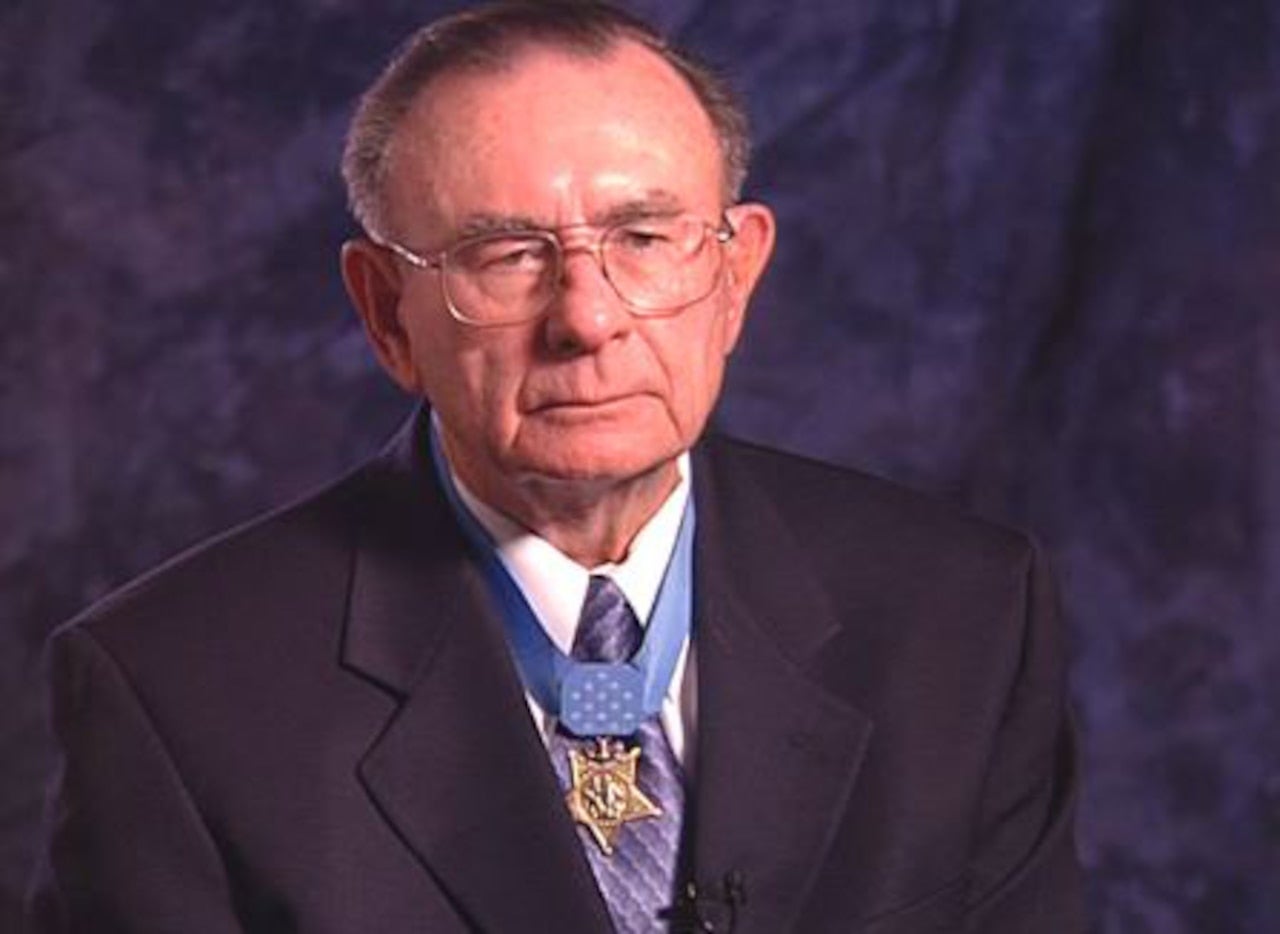 Pfc. Robert Ernest Simanek was the 36th Marine to be awarded the Medal of Honor for heroism during the Korean War. His actions on August 17, 1952 saved the lives of his fellow Marines, demonstrated initiative and great personal valor, and earned him the Medal of Honor. Simanek passed away on August 1, 2022, but his story of bravery and dedication can still serve as an inspiration to Marines, service members, and Americans everywhere.

In 1952, Simanek served as a radioman in 2d Squad, 2d Platoon, Company F, 2d Battalion, 5th Marines, 1st Marine Division on the Korean Peninsula. On the night of August 17-18, just north of Seoul, his squad went to occupy Outpost Irene forward of friendly lines. Simanek recounted the events of that night in an interview for the Library of Congress’ Veterans History Project. “I had been to the outpost before and thought of it as a somewhat vacation because no action had ever been there all the time I’d been on that particular part of the line,” he said. “So, I took an old Reader’s Digest and a can of precious beer in my big back pocket and thought I was really going to have a relaxing situation. It didn’t turn out that way.”

The patrol ended up taking the wrong way to the outpost and bypassed a Chinese ambush set up for them on the established route. As a result, the Marines came up behind the waiting ambushers, surprising both the Americans and the Chinese. Gathering themselves, the communist troops opened fire on the Marine patrol. “They killed the machine gunner who happened to be right behind me,” Simanek recalled. Reacting to the ambush, the surviving Marines took cover in a nearby trench.

When Simanek jumped in the trench, he was shocked to see two Chinese officers conversing with each other. “I couldn’t believe they didn’t see me, and so I shot, hit them both, and then proceeded to empty the .45 pistol at them,” he recounted. As he ducked down to reload, hand grenades fell into the trench. One peppered his leg with shrapnel, but Simanek proceeded to take pot shots at an enemy machine gun and relocate, repeating this action to keep the enemy gunner guessing his position. However, Simanek’s luck wouldn’t last.

When Simanek made his way down the trench to his surviving squadmates, two grenades fell in their midst. “I managed to kick one away, but I didn’t think there was any time left for the second one,” he said. “That’s the one I covered.” Without any regard for his own safety, Simanek smothered the second grenade with his right hip and lower leg, absorbing the explosion.

Simanek’s quick and selfless actions saved the remaining Marines in his squad. Although he survived the blast, Simanek was gravely wounded by the grenade. A helicopter flew him from the frontlines to the hospital ship USS Haven (AH-12). He received treatment in Japan before returning to the United States in September 1952. Simanek spent the next few months hospitalized at Mare Island, California and Great Lakes, Illinois before he was placed on the temporary disability retired list on March 1 ,1953.

A year after his heroic actions, on August 17, 1953, Simanek was notified that he would be receiving the Medal of Honor. The formal ceremony took place later that year, on October 27, at the White House where President Dwight Eisenhower presented him with the medal. In addition to the Medal of Honor, Simanek earned the Purple Heart, the Korean Service Medal with two bronze stars, the United Nations Service Medal, and the National Defense Service Medal. His passing leaves just two surviving Medal of Honor recipients from the Korean War: Cpl. Hiroshi Miyamura and Col. Ralph Puckett, Jr.