If you truly want to 'honor the fallen,' you must do this - We Are The Mighty

If you truly want to ‘honor the fallen,’ you must do this 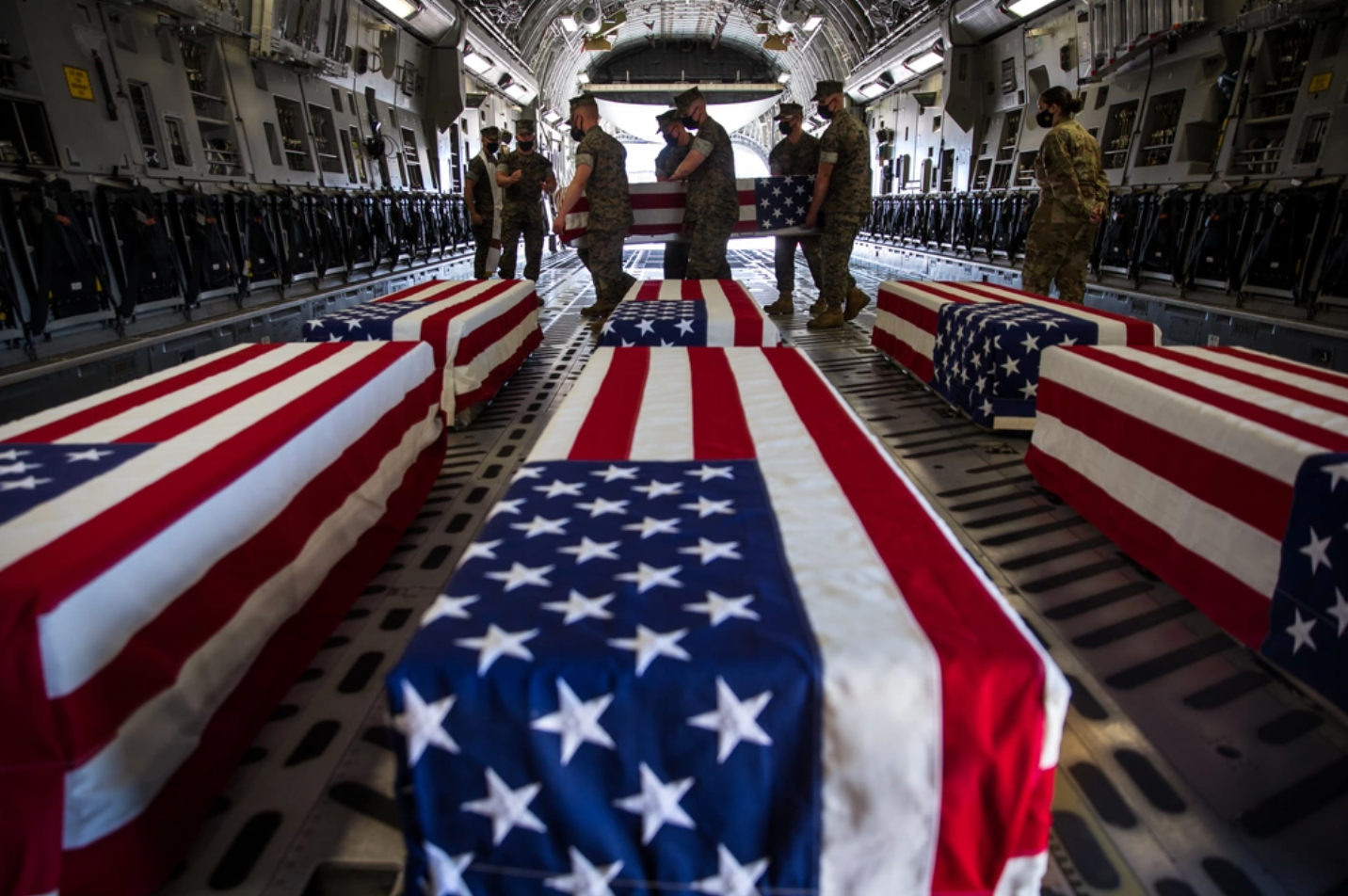 For weeks, we’ve watched reporters, journalists and political commentators use words like “waste”, “all for nothing” and “epic failure” when talking about two decades of war in Afghanistan. It seems people are far more interested in who to blame than to think about how such incendiary narrative could fall on the ears of the veterans who fought there. Almost as if to say: “Your service was a waste. Your fallen brothers and sisters in arms died in vain or all for nothing. You are an epic failure.”

Already, our military community was on edge. We were grieving the loss of 20 years worth of work – education for girls, rights for women, basic democratic principles for humanity. And then, the explosion at the airport happened.

As soon as the news broke of the blast, all of us in this community knew what would follow. Our nation’s brave men and women were right there at Abbey gate, faithfully serving the oppressed and those marked for death seeking asylum.

We prayed. We reached out to the families of deployed service members. We fed each other. Loved each other. Because that’s just what you do.

The numbers started rolling in. There’d be knocks on doors and phone calls with numbers no one wanted to see. It was agony for so many as they waited to see who’d receive them. Thirteen families did. They received life-altering news that their son, daughter, husband, wife, brother, sister, loved one was killed in a “humanitarian operation.” So much of what our military does falls under that umbrella. Day in and day out, for empty platitudes and a lack of true recognition for their selfless sacrifice.

When we want someone to blame, it’s important we remember: Terrorists are to blame. Hatred is to blame. Greed. Power. Wealth. EVIL is to blame.

When terrorists attacked us on 9/11, I was 15 years old. I remember every moment of that day and what followed. My high school seniors enlisting and going off to war with so many not making it back home. My own husband completed boot camp and landed in training school when the towers fell. For 20 years of my life I’d witnessed my generation faithfully serve, over and over again. I’d also watch much of society forget about them when it wasn’t Memorial Day or Veterans Day. Despite the reality and loneliness of military service, our military always shows up. Always ready and always faithful.

On Aug. 28, the Department of Defense released all of the names of our fallen service members killed in Kabul last week. Though all brought heartache, there was one photo in particular which caused my whole body to freeze.

Just a few days prior, the photo of her cradling a rescued baby was being shared all over the internet. She herself shared it on Instagram with a caption we won’t soon forget: “I love my job.” She was the light in the dark of such a terrible week.

In the moments before Gee was killed by terrorists, she was saving babies, children and allies. They are alive because of her. There’s a lesson in there for all of us. How do we honor our fallen? Our path through this heavy heartache, through this resentment, this anger, confusion, bitterness – this grief – is through giving hope. Through kindness. Compassion. Empathy.

Share and spread the message of democracy and freedoms which she and 12 other heroes all died for. Sit in gratitude for all you do have and minimize the bitterness of what you don’t. Serve the families they were saving, many of whom saved American lives in years past. Because of what these 13 and the thousands of others risked everything for, the effects of this rescue mission will echo through endless generations. The lives saved are immeasurable.

That’s the way to truly thank someone who would and has given it all for you. And above all, remember these moments and what countless service members now and in generations past have done for you, for us, for our children and generations to come. The way you express or show gratitude for them isn’t with words.

Instead, it’s by living your life to be worthy of their sacrifice.