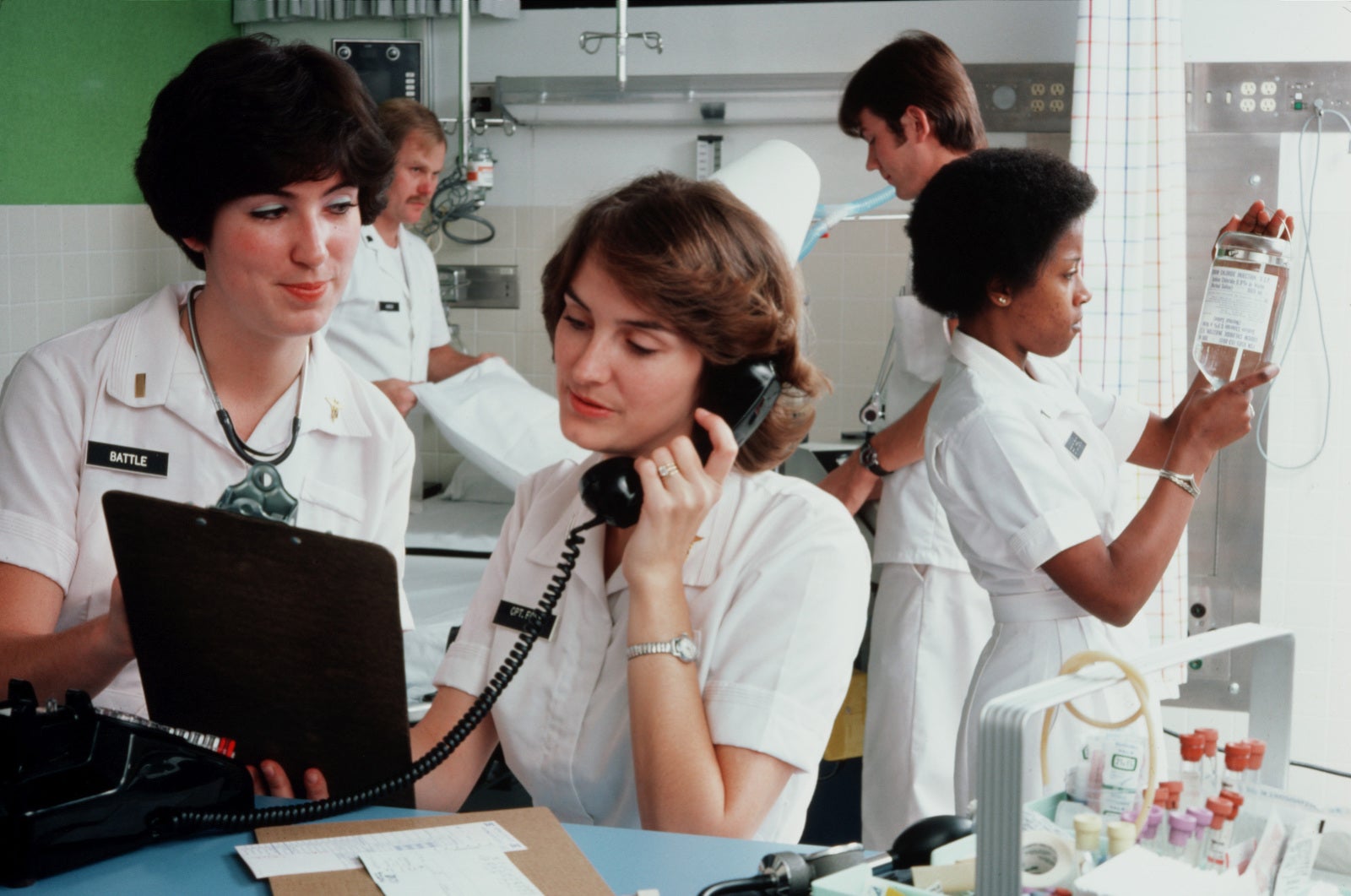 A US Army nurses examine a patient's chart.

All military nurses uphold an inspiring practice — providing benevolent, charitable care to our troops when they need it most. Their mission statement says it all: “Preserving the strength of our Nation by providing trusted and highly compassionate care to the most precious members of our military family — each Patient.” Here are 7 of the military’s most inspirational nurses and how they’ve made their mark on history and impacted American life today.

Clara Barton, initially an educator during the epoch of the American Civil War, devoted her life and work to giving medical assistance to wounded American soldiers as they fought against England, eventually identifying deceased soldiers and locating missing ones. She founded the American Red Cross, an institution which most citizens know of today. Through her brave assistance on the battlefield and the mission of the Red Cross, Barton’s legacy is still prevalent today in the spirit of compassion and strength.

Florence Blanchfield, after studying at the University of California, Columbia University and the South Side Training School for Nurses, secured the title of full rank to US Army Nurses – as opposed to the lower relative rank, which nurses held prior to Blanchfield’s service. After winning her fight for full rank benefits and pay in 1944, she became the first woman to receive regular Army commission. She served in World War II and supervised the work of around 60,000 nurses. Ladies (and gentlemen!), you can thank her for your full pay in military nursing positions!

Dr. Anita McGee, after attending medical school at George Washington University, founded the Army Nurse Corps. During the Spanish-American War, Dr. McGee served as the assistant surgeon general for the US Army.  After leading and organizing all 1600 nurses that served in that war, Dr. McGee wrote the Reorganization Act of 1901, which would be ratified later that year. The passing of this act professionally and politically established the Army Nurse Corps. Dr. McGee’s work helped combine politics and nursing, portraying her well-rounded and exceptional character.

The Angels of Bataan, also known as the “Battling Belles of Bataan,” were a group of 77 nurses — 11 Navy and 66 Army — who continued to serve the US Troops as a nursing unit even after being captured and held as prisoners of war in the WWII Battle of the Philippines. Many of these nurses were initially assigned to two US Hospitals on Bataan, where tropical diseases such as malaria ran rampant. After being captured and taken to an internment camp at Santo Tomas, the military nurses continued serving those who had fallen ill or become injured. One of these nurses – Nancy Belle Norton – was awarded the Medal of Freedom. The heroines were liberated from their internment camps in 1945.

Jane Kendeigh was the first Navy Nurse to work on an active battle site – specifically, at the infamous Battle of Iwo Jima. After joining the US Navy’s School of Air Evacuation, Kendehigh and her nursing unit, consisting of 24 pharmacists and 24 nurses each trained in high-altitude medical procedures, volunteered on an evacuation mission to Iwo Jima’s combat zone. Kendehigh and her regiment were able to rescue or aid approximately 2,393 marines – despite being whistled at on the battlefield. She later returned to serve at the Battle of Okinawa, and was the first flight nurse to arrive.

Lieutenant Lane served in the Vietnam War and died from shrapnel wounds after she was caught in an attack on her hospital in June of 1969. She was the only nurse killed in a direct enemy attack, and was awarded the Vietnamese Gallantry Cross with Palm and the Bronze Star for Heroism after her death. Lane reminds us to appreciate those conducting the “behind the scenes” operations in war – nurses deserve the same respect that soldiers do.

In the era of COVID-19, leading our country in a productive and healthy way is crucial, and can only be done through good leadership. This is exactly why we should thank nurse practitioner, Tabe Mase, for administering then President-Elect Biden’s first dose of the COVID vaccine, ensuring his health and safety through the remainder of the pandemic. Mase stated she felt “humbled” after giving the revolutionary vaccine to the country’s new leader, further stating that “[the] vaccine is safe. Our president-elect got the vaccine, I got the vaccine myself and we have been vaccinating our front-line workers and we intend to continue.” As nurses continue to fight COVID through vaccines, it is imperative that we recognize the importance of their work, and credit Mase with our President’s continued health.