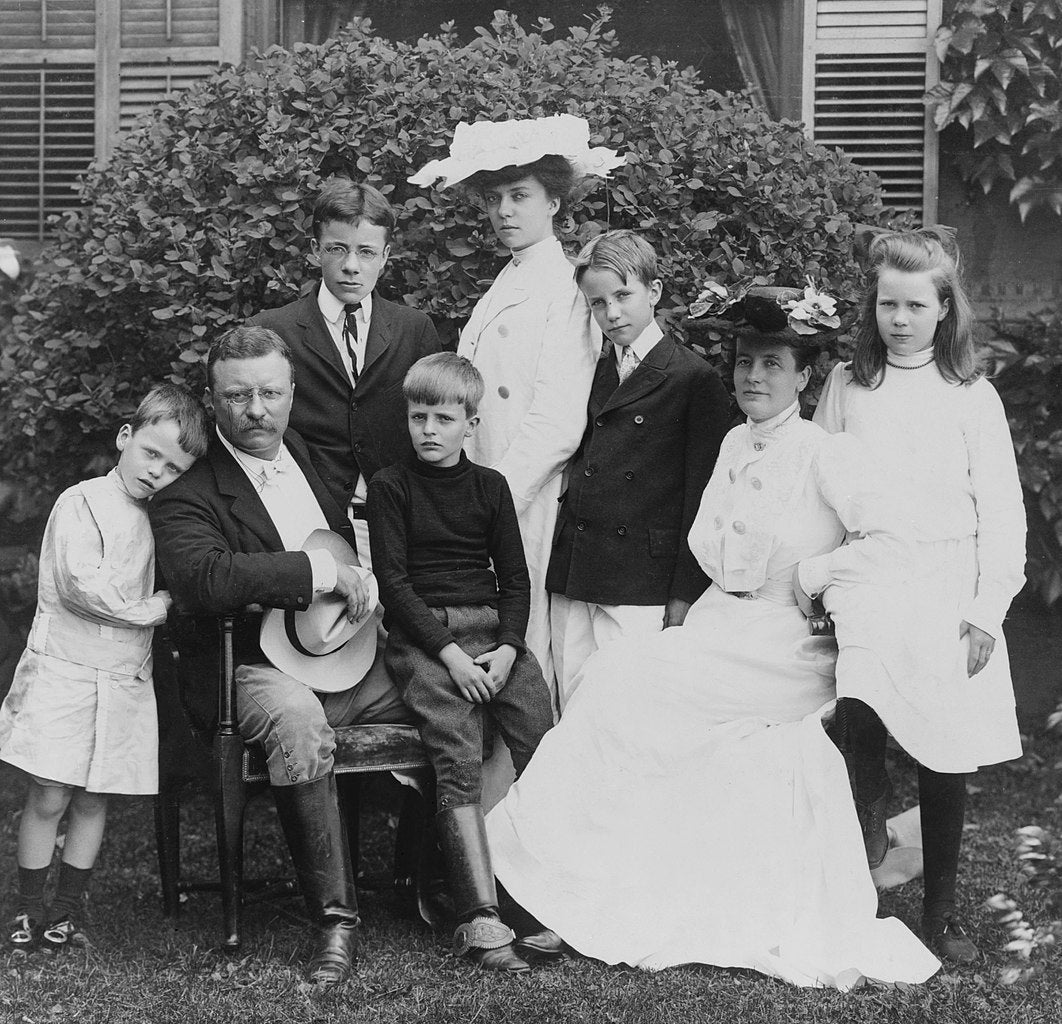 Today, anything the first children do is under public scrutiny. So imagine the scandals underway when Alice Roosevelt, daughter of President Teddy Roosevelt, turned heads with her dicey pastimes.

She publicly smoked cigarettes, danced on tabletops, placed bets with bookies … inside of the White House and at horse races. Rumors state she stripped down to lingerie at parties for good measure.

Today, Alice’s legacy is one of “unconventional and controversial.” After all, her child was conceived due to an affair with a married senator (imagine this of the former president’s daughter … during the 20s).

She wore a blue wedding dress and cut the event’s cake with a military sword that she pulled off of a military aide working the wedding.

And that’s only the beginning of outspoken Alice’s rap sheet.

As her mother died two days after childbirth, Teddy left Alice in the care of his sister until he remarried. Alice and her stepmother often butted heads, and Teddy was frequently gone on politician outings. This led Alice to become fiercely independent. Incredibly confident and outgoing, Alice grew to a strong personality at a young age.

As Teddy served as convenor of New York, Alice wrote to him opposing the idea of conservative school. “If you send me I will humiliate you. I will do something that will shame you. I tell you I will.”

A painting of Alice Roosevelt in her namesake-colored dress, “Alice blue.” Image courtesy of Wikimedia Commons.

By 1901, Alice was 17 years old when Teddy became president. She soon became a fashion icon in her own right, wearing an ice blue gown at her social debut. The color was known as “Alice blue” and became a highly sought-after trend in women’s clothing. The color frequently sold out and was on backorder in stores across the nation.

As first daughter, Alice became a socialite, making and breaking her own rules as she went. It was especially noted, as at the time, women were confined to social norms and didn’t make waves.

However, Alice made her own way. She rode in cars with men, stayed out late partying (both were scandalous at the time), and spent her days attending social events. In just 15 months, she attended 407 dinners, 350 balls, and 300 parties — averaging more than two events per night.

Alice also had a pet snake that lived with her in the White House; she named it Emily Spinach and often carried it in her purse.

While attending a diplomatic mission in Japan, she jumped into a swimming pool fully clothed and convinced a Congressman to do the same. Newspapers turned the event into a romance, but both reported that they were just swimming.

In the House of Representatives, she placed a tack on a member’s chair for him to sit on and startle. 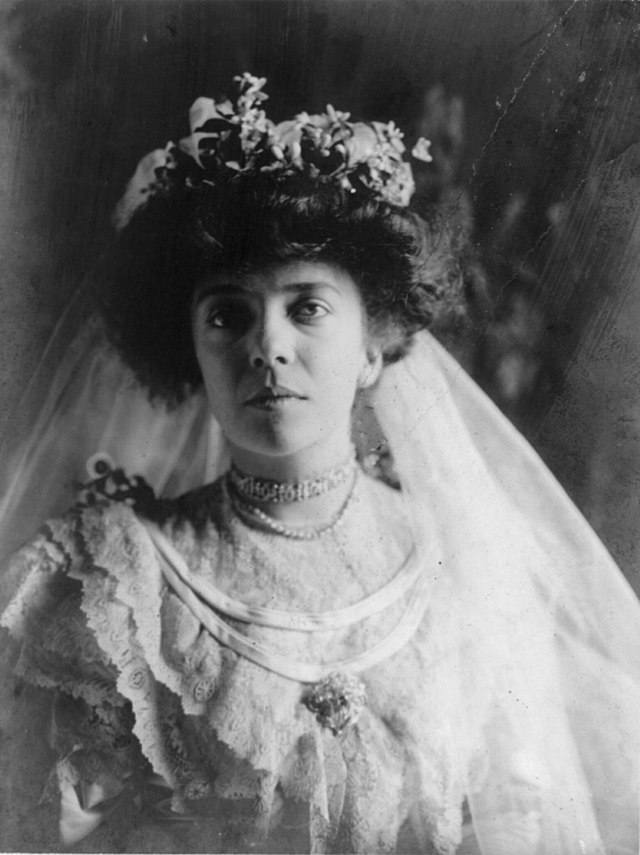 She is said to have often burst into the Oval Office, usually offering political advice. Teddy is said to have threatened to “throw her out the window” after interrupting a single conversation three times.

He famously told author, Owen Wister, “I can either run the country or I can attend to Alice, but I cannot possibly do both.”

As the social centerpiece of Teddy’s presidency, it’s often said Alice behaved outrageously to protest the restrictions that were put on her as First Daughter. However, because she was so beloved by the public, Teddy often left Alice to her antics.

During Teddy Roosevelt’s campaign for the 1912 election, Alice and her husband supported different candidates, with Alice supporting her father and Longworth supporting his mentor, future President Taft. After Taft won, Alice buried a voodoo doll of his wife and First Lady, Nellie Taft, in the White House’s front yard. She was banned entrance to the White House by the Taft administration, and again by the Wilson administration.

In years after her stint as First Daughter, Alice remained a political socialite, befriending politicians and continuing to make jokes at the expense of others. In some cases this made her good friends, like Richard Nixon and Bobby Kennedy.