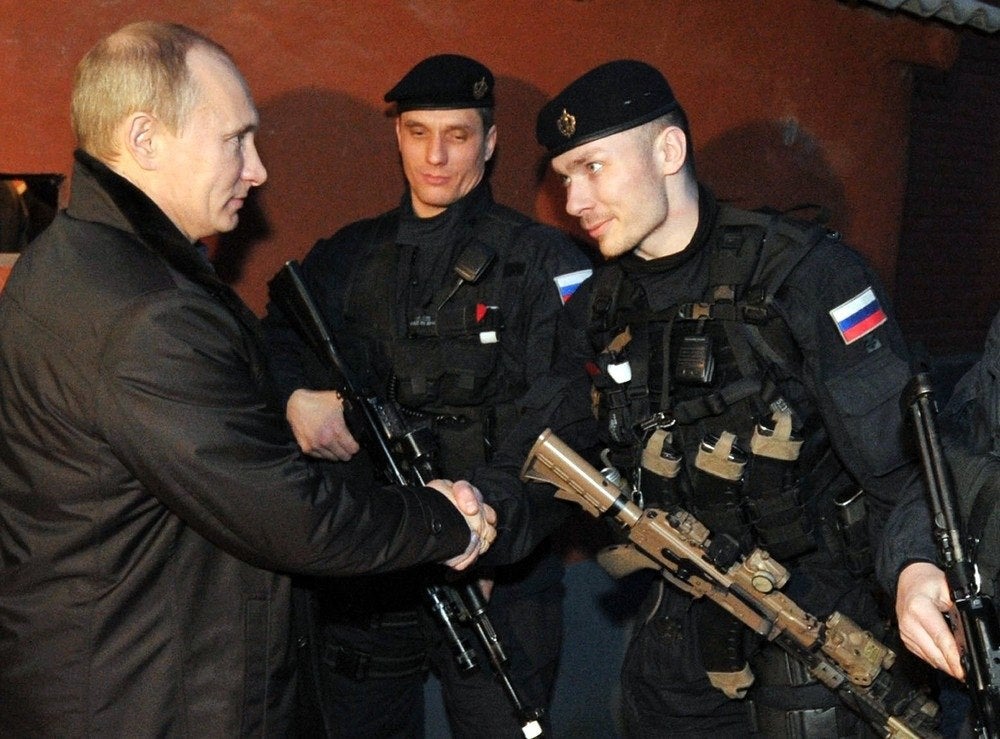 The massacre of Israeli athletes by terrorists at the 1972 Munich Olympics was a wake-up call. Like many countries in the 1970s, the Soviet Union had to come up with a way to counter the rise of domestic and international terrorism. The western countries that comprised the NATO alliance had their special units, so the Soviet Union relied on its state security service to make its own.

The Alpha Group would leave terrorists in fear, not the other way around.

When deployed to Afghanistan during the Soviet invasion of the country, the KGB’s special operators decapitated the Afghan government, capturing the Ministry of Defence, the presidential palace, and assassinating President Hafizullah Amin, along with every other Afghan in the Tajbeg Palace and any witnesses.

Members of the Alpha Group would spend the next ten years in Afghanistan, waging a war of fear and intimidation against the Afghan Mujahideen.

The KGB’s finest operation against international terrorism came in Beirut, Lebanon in the early 1980s. At the time, Lebanon was in the early stages of a long civil war, and Beirut was a city torn apart.

Although western countries sent peacekeeping forces into Lebanon and into Beirut in particular, many western countries began to feel the effects of terrorism on their people. The Americans not only suffered the bombing of its Marine barracks, but also experienced a number of significant kidnappings. Members of many Lebanese factions would go out and abduct high-profile individuals throughout the city.

Many of these victims were kept for years. The longest was held captive for nearly five years. Diplomats, aid workers, and journalists were all victims of abductions from groups like Hezbollah, the Muslim Brotherhood, the Islamic Liberation Organization and others. France, the United States, West Germany, Ireland, and Switzerland were all victims.

The Soviet Union lost one diplomat of the four that were abducted. In October 1985, four officials from the USSR were kidnapped in Beirut and the KGB’s Alpha Group was dispatched to find and rescue them. By the time the KGB arrived in Lebanon, Arkady Katkov, a consular attaché, had been killed. His body was found in a Beirut street.

The KGB’s long-standing policy was not to negotiate with terrorists. Its operatives went to work identifying each member of the Islamic Liberation Organization who had a part in the abductions. Once they found a member of ILO who helped kidnap Soviet citizens, the KGB would abduct one of the offenders’ family members.

It’s rumored that one of those family members had their testicles forcibly removed by the KGB and mailed to the members of the ILO. The threat was clear: you can get to us, but we can also get to you. Not only were the remaining three diplomats dropped off near the Soviet embassy within the next thirty days, international terrorists left the Russians alone for the next 20 years.

Alpha Group would go on to have significant roles in attempted coups during the fall of the Soviet Union, but could not prevent the Evil Empire’s fall. The KGB would fall with the USSR, but Alpha Group would live on with the new Russian FSB state security service.