'Songs of Service' is a one-of-a-kind military tribute, hosted by 'SEAL Team's' Toni Trucks - We Are The Mighty 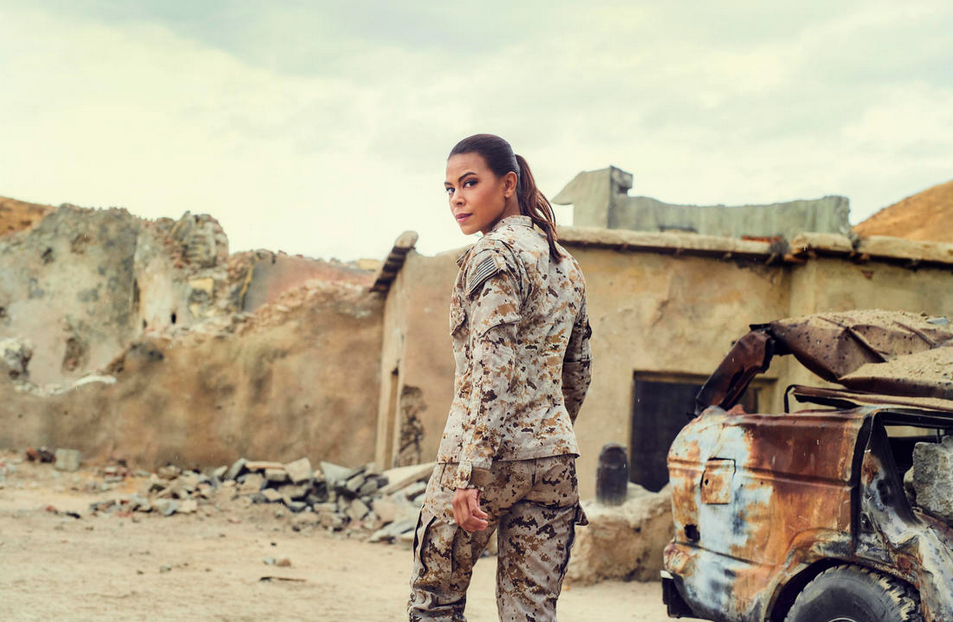 Civilians with no connection to the military can find it difficult to understand what service members really go through. When Toni Trucks joined the cast of SEAL Team, she decided to do everything she could to bridge this gap of understanding. One of the ways she did this was hosting Songs of Service, a one-of-a-kind musical event, airing Saturday, December 11 at 7pm ET on New York Channel 2, at 7:30pm ET on Philadelphia Channel 4 {Check local listings}, ON-DEMAND on Pluto-TV as well as We Are The Mighty -Youtube.

The special honors service members from all eras and different communities within the military. With a focus on music, Songs of Service features the United States Army Field Band along with music legend John Fogerty.

Trucks was given special permission to take time off from filming SEAL Team to host the show. “It was so special,” she said of filming Songs of Service. “We went all over D.C. to different memorials and cool locations filming the Army Field Band.” Directed by Robert Ham, an Army veteran, Songs of Service was shot at 11 different locations in the DC area to include the Women Veterans, Pentagon 9/11, Vietnam and World War II memorials. Ham says, “I’m so honored to direct this wonderful special sharing the talents and story of the Army Field Band, working alongside one of my favorite musicians John Fogerty and with such amazing Hollywood talents like Toni Trucks and Laura Karpman. But as an Afghan war combat veteran what makes this extra special is it exemplifies the resilience and values that make America what it is.”

Trucks said, “I’m so proud to honor all those who serve with so many amazing songs from the Army Field Band and even a special performance from Vietnam Veteran, John Fogerty. Songs of Service is an amazing tribute to all those who have served past, present and future.”

Trucks was given the unique hosting opportunity through another military connection effort of hers.

Wanting to get more involved in the military community that she is a part of on TV, Trucks curated a subscription box for Military Made. The box features items from active duty service members, veterans and their families. Through Military Made, Trucks got connected with the Army Field Band and became the special’s host — a perfect match.

As a music major, Trucks was the natural choice to host Songs of Service. “I didn’t hesitate,” she said. The special had a strong, positive impact on Trucks’ understanding and appreciation of the military community. “Coming at it through music was the perfect expression of who I am, and it was great to celebrate the military in that way.”

Trucks noted that military women and mothers are specifically honored during the special. “I felt so proud and excited to be a part of that, because that’s what I’m representing on TV each week.” Pregnant with her first child, Trucks took that segment of the special to heart. “It was a really neat experience.”

Songs of Service is a musical tribute to all service members, veterans and their families. “It’s a celebration of the military community in all of its intricacies,” Trucks said. She highlighted that the special celebrates the diversity found in America that is reflected in the military. “If you can find it in America, you can find it in the military. The special does a wonderful job of honoring those who have served in the past and the incredible mix of folks serving right now.”