Why ‘Turbo Cola’ is the nostalgic 90s film we all need 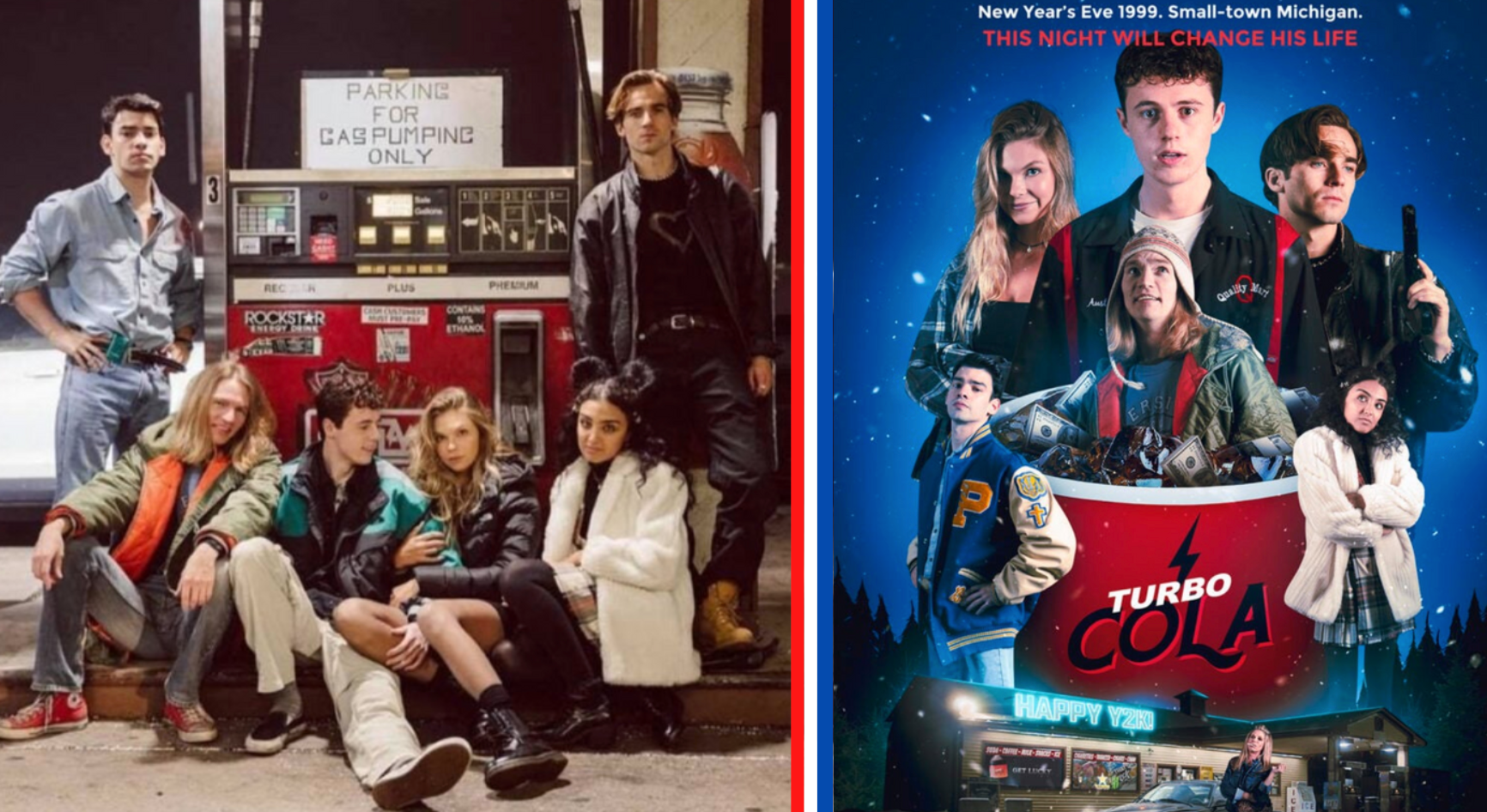 Turbo Cola brings us back to the late 1990s with a film steeped in centered nostalgia, a heist scheme, and small-town drama which will resonate with your inner youth. It’s Oceans 7-11! The direction, acting, plot and soundtrack are excellent, endearing and display what passionate indie filmmakers can accomplish even during the pandemic. The key song in the film, 1999, by Arlen Gun Club, draws upon 90s wistfulness and yearning as well.

Synopsis: With all of his friends headed to a party on the last night of 1999, Austin takes an extra shift at the Quality Mart gas station and is forced to look down the barrel of what it means to graduate high school and face a future stuck in his middle of nowhere hometown.

Turbo Cola is based on the play New Year’s Eve at the Stop-n-Go written by Samantha Oty and the movie is the director Luke Covert’s feature film debut. Brandon Keeton, retired Marine Corps Captain and martial artist, is a first-time producer on the film as well.

We are introduced to the main character Austin, portrayed by Nicolas Stoesser, as he discusses the proposed heist of the Quality Mart gas station with his friend and confidant “Swearsky” and the role is played by Jared Spears. They develop an ingenious plan to take the money from the ATM, stash it in a special pocket in Austin’s pants and then move it inside a Turbo Cola display which can be conveniently taken out of the store at the end of Austin’s shift. He uses movement throughout the store such as mopping and restocking to obscure his transfer of the money. Dennis Thomas’s cinematography is great and has some distinct movement shots as part of the mop bucket. Austin deals with high school antics from a host of characters that make memorable scenes inside of the Quality Mart. Warning: Lots of Turbo Cola is drunk throughout the film as well.

We are introduced to newcomers such as Landon Tavernier who plays the troubled and likable Jimmy, the youthful and fun Jordyn Denning as Mary Jane, the stuck-in-high-school Anthony Notarile as Eric and Eric’s equally arrested development love interest Brooke Maroon as Jennifer. The character portrayals nail the small-town Americana played upon in the film, which adds to the depth and reality of the movie. We get to see the troubled angst of suburbia that was true in 1999 and is still true today. People trying to change the course of their lives and families through education, work and schemes. There are those people stuck in a rut and those getting liftoff to break free of the town’s gravitational pull. We get a great intro to actress Erin Nordseth’s abilities as she plays Austin’s mother with some issues, but a good heart. A small-town mom stuck in the same whirlwind as are many people in the story. Producer and Marine Brandon Keeton has a memorable cameo role as a police officer stopping in at the Quality Mart for some fresh coffee. It’s great to see fellow veterans and Marines finding their passion in life and getting to live post their military service.

The film has its ups and downs while paying homage to such masterpieces as John Sturge’s The Great Escape with Steve McQueen (also a Marine), James Garner, and Charles Bronson. There is an undertone of escaping the town, so finding a way to “tunnel out” is key. If only we had a King of Cool motorcycle chase across the frozen tundra. There are some excellent and humorous stock room discussions over pizza covering a multitude of topics to include philosophy. These scenes call upon countless real-life small town employees at their local store, restaurant or supermarket conversing on how their lives fit into the overall place in the universe.

The project is most impressive with it being filmed during the pandemic and turning out so well as an ensemble piece that hits the correct tone for the material. The film is a fun ride worth the watch and rates at three out of four red star clusters in my book. It will be coming out in the spring of 2022 during its festival run. Check it out at your local Blockbuster…no wait, your local streaming platform or theater here soon. Stuck in the 90s a little, let me grab a can of Kick or Surge, with a Whatchamacallit bar, some regular unleaded for a buck seventeen and a Turbo Cola VHS rental, not Laserdisc or Betamax, for my Friday evening. Be kind, rewind.