The elite law enforcement division that stopped Bonnie & Clyde (and others!) - We Are The Mighty

The elite law enforcement division that stopped Bonnie & Clyde (and others!) 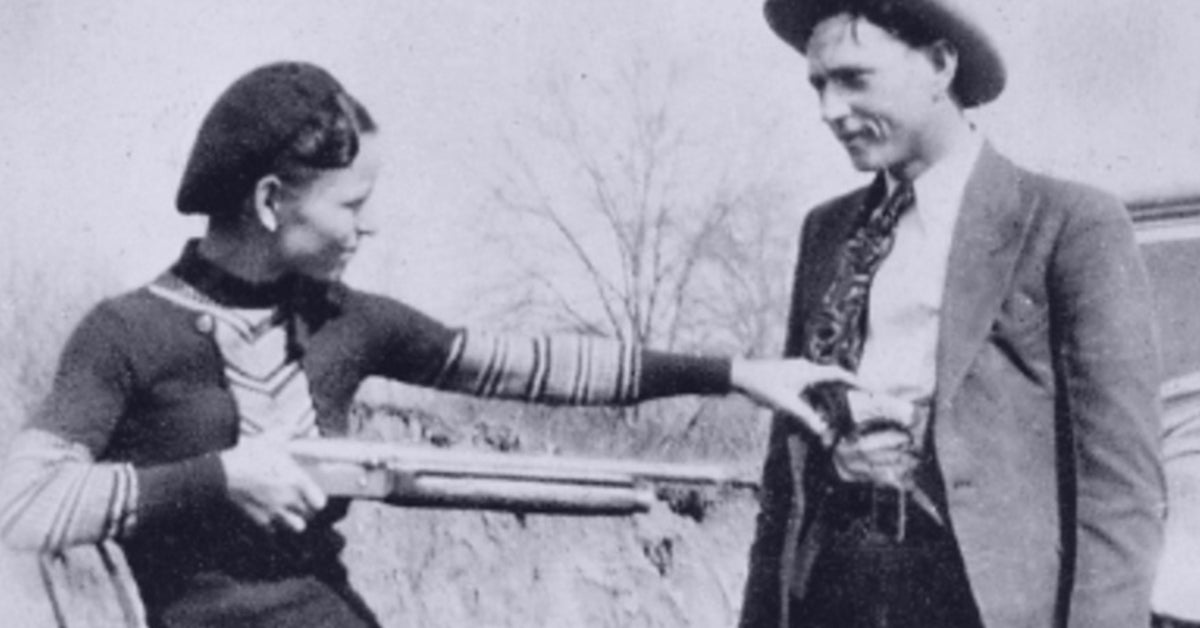 This post is sponsored by The CW’s Walker, premiering on January 21st, Thursday 8/7c!

You don’t mess with Texas. Everyone knows that. You especially don’t mess with the Texas Ranger Division. Better known as the Texas Rangers, these gunslingers have been maintaining law and order in the Lone Star State since 1823. But, criminals will be criminals, and some still decide to try their luck against the Rangers. Many high-profile outlaws have had the misfortune of falling in their crosshairs and, for many, it was their last mistake.

John Wesley Hardin was one of Texas’ deadliest outlaws and was reputed to be the meanest man alive. At the age of 15, he committed his first murder when he stabbed a fellow student in the school yard. He went on to murder more than 40 people over the next 27 years, including a man he killed for snoring. In May 1874, Hardin murdered Charles Webb, a deputy sheriff of Brown County and former Texas Ranger. In response, Texas Ranger John Barclay Armstrong requested and received permission to arrest Hardin. Armstrong served with the Texas Ranger Special Force as a sergeant and was Captain Leander McNelly’s right hand man, earning him the nickname “McNelly’s Bulldog.”

Armstrong pursued Hardin across Alabama and into Florida where he caught up to him in Pensacola. On July 23, 1877, Armstrong confronted Hardin and four of his gang on a train. Colt pistol in hand, Armstrong called Hardin out. The outlaw drew his own pistol and shouted, “Texas, by God!” In the skirmish that followed, Armstrong shot one of the gang members dead and knocked Hardin out with a blow from his gun. Armstrong emerged with a single bullet hole through his hat, and arrested Hardin and his surviving gang. Hardin was tried in Comanche for Webb’s murder, convicted, and sentenced to 25 years in prison. Despite multiple attempts to escape, he was pardoned 17 years later by Governor Jim Hogg and released from prison on March 16, 1894. He practiced law in El Paso until he was killed the next year on August 19, 1895 over a personal disagreement during a poker game at the Acme Saloon.

Sam Bass and his gang began a series of bank and stagecoach robberies in 1877. The next spring, they held up two stagecoaches and four trains less than 25 miles outside of Dallas. In April, Governor Richard Poke commissioned 2nd Lt. Junius “June” Peak of Company B of the Frontier Battalion to hunt Bass and his gang down. Peak was promoted to Captain and given command of a special company of Texas Rangers. Aided by local posses, Peak and his Rangers harassed Bass for several months and drove him from North Texas. Bass managed to evade the Rangers until one of his posse betrayed him.

As the gang rode south, gang member Jim Murphy decided to save his own skin and wrote a letter to Major John B. Jones, commander of the Texas Rangers’ Frontier Battalion. Murphy tipped the Rangers off to a planned bank robbery at the Williamson County Bank in Round Rock in exchange for a deal. The offer was accepted and the Rangers set up an ambush at Round Rock. On July 19, 1878, Bass and his gang scouted Round Rock in preparation for the robbery. Before the ambush could be triggered, Williamson County Sheriff Ahijah “Caige” Grimes noticed the outlaws. Grimes confronted the gang and was shot dead. This began a heavy gunfight between Bass’ gang and the Rangers who were joined the local lawmen. During the fighting, Bass and a deputy were mortally wounded. As the gang mounted their horses and tried to evacuate their leader, Ranger George Herold got one last shot in on Bass from behind. Bass was later found abandoned in a pasture north of town. He was taken into custody, returned to Round Rock and succumbed to his wounds the next day.

Of course, the most famous outlaws taken down by the Texas Rangers were Bonnie Parker and Clyde Barrow. The duo sprung prisoner and fellow gang member Joe Palmer from the Eastham Prison Farm in Houston County. During the escape, the gang killed one of the guards. Additionally, the Barrow gang was responsible for numerous murders, robberies and car thefts across Texas and the United States. Nine law enforcement officers had already lost their lives in confrontations with them. To bring an end to their crime spree, Col. Lee Simmons, head of the prison system, asked a retired Ranger to bring the duo to justice.

Frank A. Hamer enlisted in the Rangers in 1906. He served as a Ranger captain until he retired in 1932. However, he retained his commission as a Ranger and took the position of special investigator for the Texas prison system in 1934 to hunt down Bonnie and Clyde. Along with former Ranger B. M. “Manny” Gault, Hamer pursued them across nine states before he caught up with them in Louisiana. With the help of a posse of local law enforcement officers, the Rangers set up an ambush on a rural road between Gibsland and Sailes. At 9 PM on May 22, the law enforcement posse set up their ambush. After 12 hours, with no Bonnie and Clyde in sight, the Rangers thought their ambush was a bust. That is, until they heard the rumble of Clyde’s stolen Ford V8 approaching. The lawmen opened fire and poured a hail of over 130 bullets into the car. For killing Bonnie and Clyde, Hamer was awarded a special citation by the United States Congress.

Countless other criminals and outlaws have crossed paths with the Texas Rangers and lost. Today, they continue to add names to the list of criminals they’ve taken down. Don’t mess with Texas and you won’t join them.

If you want to watch the toughest of law enforcement bring justice to West Texas, be sure to check out the reboot of TV’s most famous Texas Ranger. Walker premieres on January 21st, Thursday 8/7c on The CW. Don’t miss it!