The Baghdad Underground Railroad built an escape for Iraqi interpreters. It was just the beginning. - We Are The Mighty

The Baghdad Underground Railroad built an escape for Iraqi interpreters. It was just the beginning. 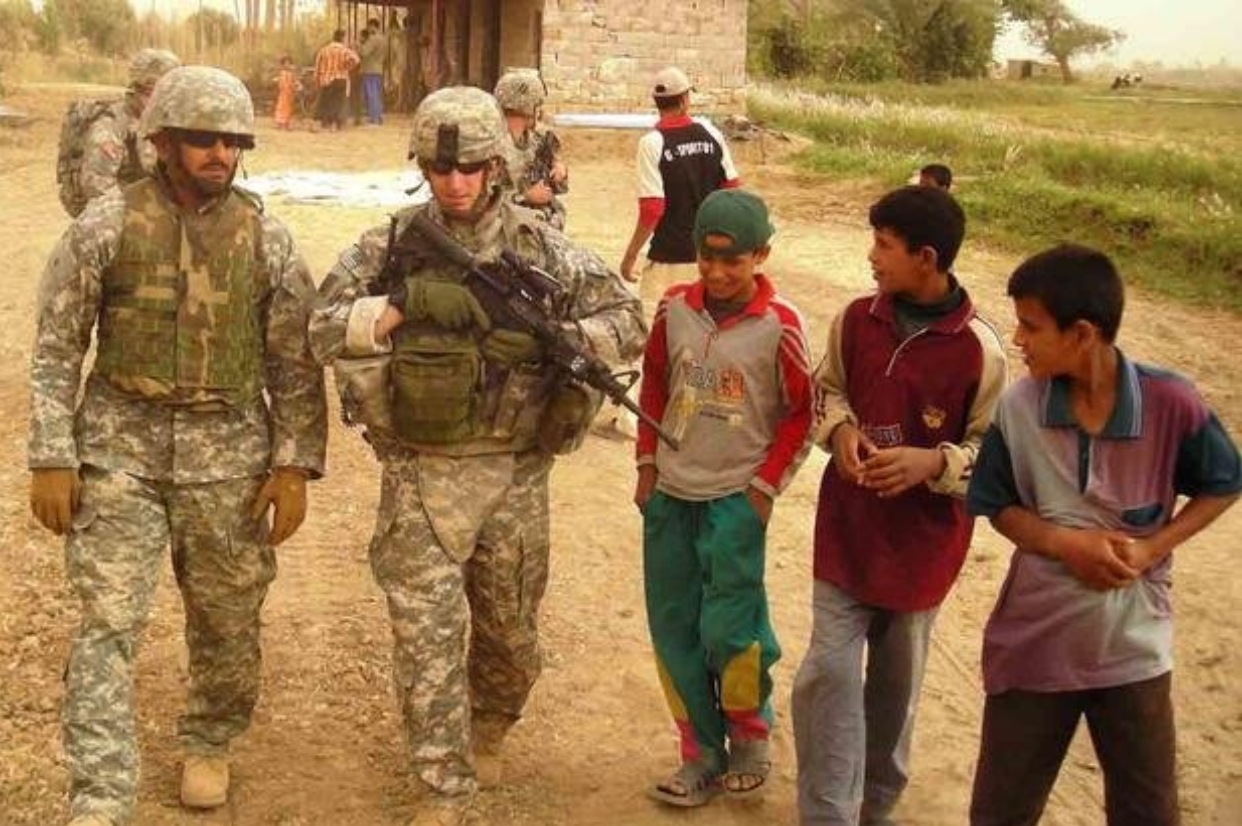 Every generation has their war. And every war has its story.

All Quiet on the Western Front.

The Coldest Winter: America and the Korean War.

We Were Soldiers Once… and Young.

Since September 11, 2001, a multi-generational war has raged in the Middle East. Countless memoirs have been written, thousands of accounts have been told. But never before have we heard this story: the one of our Iraqi interpreters.

Baghdad Underground Railroad is riveting. During his second of three combat tours in Iraq, Miska led a team that established an underground railroad from Baghdad to Amman to the United States for dozens of foreign military interpreters who supported U.S. troops in-country. Since then, he has written extensively about the need to protect soft networks, and has acted as an advisor to several non-profits that aim to support and protect foreign military interpreters, including No One Left Behind and the International Refugee Assistance Project.

Baghdad Underground Railroad takes a soul-wrenching look at the solemn promise our government makes – to our men and women who serve, to their families, to our fallen: No one left behind. This isn’t just a saying; it’s an ethos, a commitment, a vow. No one left behind.

Unless you’re an Iraqi.

With bureaucracy at the helm, our allies – our interpreters – our lifelines over there are not just being left behind, they’re being executed at an alarming rate. With the impending troop withdrawal in Afghanistan, Miska’s story is more important than ever. His firsthand account of establishing the Underground Railroad is equal parts inspiring and courageous, fraught with devastation and frustration. But more than a war story, it’s a gripping, beautiful, human story. You’ll feel such anger at reading about the interpreter gunned down outside his home, simply for helping us. You’ll wipe tears at tender, endearing moments like the interpreter who finally made it to Kansas and got a job. Filled with gratitude, he wanted to treat his host to dinner, and insisted he take her and her son to somewhere nice – so he picked McDonald’s. These aren’t just strangers who helped us – these men and women are family.

Thousands of interpreters are still awaiting their Special Immigrant Visa, and layers upon layers of red tape have made getting the SIV nearly impossible. The issue is gaining national attention; just yesterday legislation was passed in the House by a 366-46 vote.

Reps. Jason Crow (D-CO) and Brad Wenstrup (R-OH) introduced the Honoring Our Promises through Expedition [HOPE] for Afghan SIVs Act of 2021 in April. According to Crow’s website, this bipartisan legislation would waive the requirement for Afghan Special Immigrant Visa (SIV) applicants to undergo a medical examination while in Afghanistan.

The Afghan SIV Program was created in 2009 to provide safety for Afghan interpreters, contractors, and security personnel who worked with the U.S. government in Afghanistan, Crow said in a press release. The application process has been plagued by delays since the program was established and faces severe backlogs, with wait times routinely stretching for years.

Since the Biden Administration announced their plans to withdraw all US forces from Afghanistan by September 11, 2021, Crow has called on the Administration to expedite this visa process, as SIV applicants and their families are increasingly under threat by the Taliban.

Among the bureaucratic hurdles facing SIV applicants, many have cited the medical examination requirement, which can cost thousands of dollars, as a serious delay in the process. There is currently only one facility in Kabul that conducts all immigrant visa examinations for the entire country, forcing applicants from the outer provinces to travel to Kabul in often dangerous circumstances.

“When I served in Iraq and Afghanistan, I worked closely with local interpreters and contractors who were critical to our safety and success. Without their help, I may not be here today,” said Congressman Jason Crow. “The U.S. must honor our promises and protect our Afghan partners whose lives are now at risk by the Taliban. We can help expedite the SIV process by waiving the medical examination requirement in Afghanistan, which is cost prohibitive and difficult for many applicants to safely receive. The HOPE for Afghan SIVs Act is bipartisan, common-sense legislation that can help save lives.”

“When I deployed to Iraq, my unit was aided by local interpreters who knew their actions came at great cost to themselves and their families. Like them, our Afghan allies have been indispensable in our fight against terrorism. With the Administration’s deadline for withdrawal from Afghanistan fast approaching, we cannot forget their sacrifices on our behalf. In many cases, it’s untenable for them to remain in their home country due to active death threats for helping America, and our interpreters and other local allies are in mortal danger,” said Congressman Brad Wenstrup. “I’m proud to join this legislation, which provides temporary flexibility to the Afghan Special Immigrant Visa program to make sure we don’t leave our friends behind.”

In addition to legislation passing, yesterday, Miska shared the stage with Washington Post Opinion Columnist David Ignatius and General David Petraeus (Ret.) to discuss U.S. airstrikes on Iranian-backed militia and the withdrawal from Afghanistan. When asked about what the U.S. owes Afghan interpreters who helped Americans, Gen. Petraeus shared,

“We have a moral obligation to individuals who shared risk and hardship alongside our soldiers on the battlefield…With our forces leaving, and with the embassy already having drawn down its forces, and now in a covid lockdown, needless to say,  there has not been much progress on the processing of the special immigrant visas in recent months….At that time (when he and former US Ambassador to Afghanistan Ryan Crocker sent a letter to Sec. Blinken asking the Biden administration to accelerate issuing visas for Iraqi and Afghan interpreters and others who assisted US service members), I didn’t necessarily support a big airlift, but it is looking as if to meet the policy decision the president has announced now, which is that we will not leave them behind, it’s not going to be business as usual. I don’t think normal process will accelerate sufficiently in the course of the next month or two so that we can get them to the United States with the visa that they have earned.”

Miska shared, “The plight of Iraqi and Afghan interpreters left behind by the United States remains one of the most significant human rights issues of the Global War on Terrorism, America’s longest, and ongoing, military conflicts.”

“Baghdad Underground Railroad is a sober reminder of the far-reaching human and national security consequences of abandoning U.S. allies in countries of conflict,” Miska explained. “Above all, it is an exploration of universal questions about hope, brotherhood, and belonging—questions that strike at the heart of who we are as a people and as a nation.”

Featured photo: First Lieutenant John Cheatwood walks with an interpreter and children during a patrol south of Baghdad. (U.S. Army)