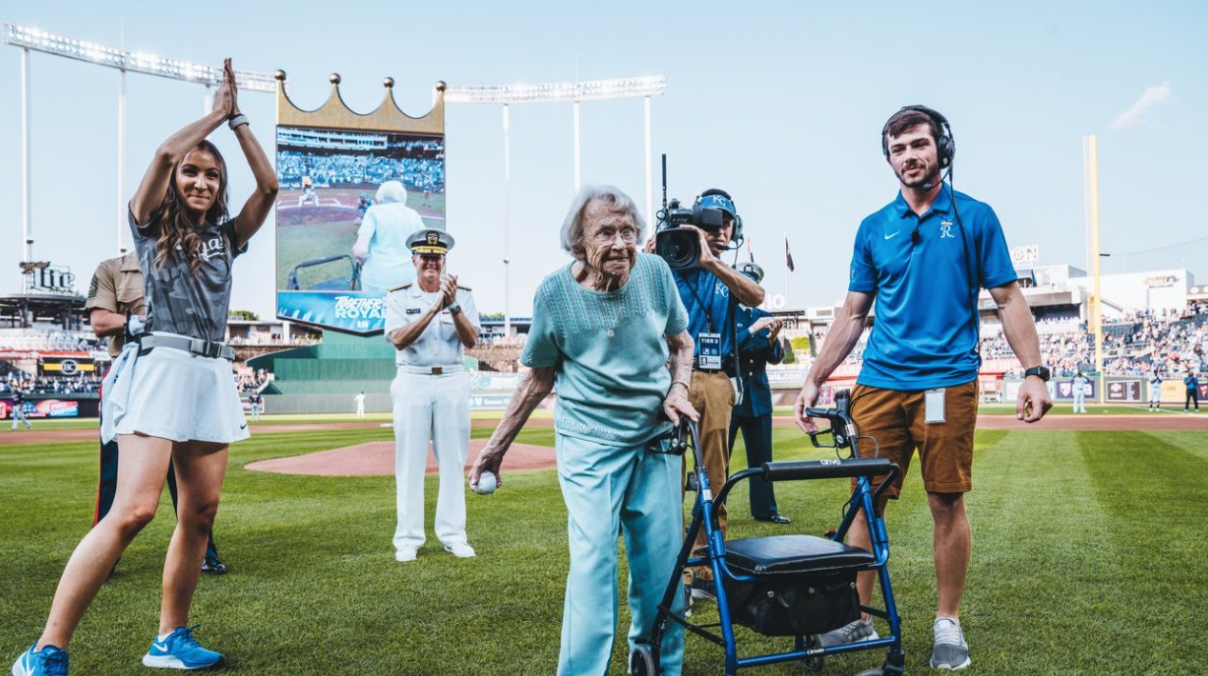 On July 2, 2021, the Kansas City Royals had 106-year-old Mabel Johnson throw the first pitch. As America’s oldest Coast Guard veteran, it was a special moment.

She was 28 years old and living in New York City when America entered into World War II. Johnson felt called to serve and walked down to the Armed Forces Recruiting Office. The newly created Coast Guard Women’s Reserves caught her eye, she said in an interview with KCTV from 2019.

Johnson enlisted in what was known as the SPARS (Semper Paratus – Always Ready) and boarded a train to Florida for boot camp. With the world at war and fighting-able men needed at sea, this was the Coast Guard’s answer to fulfilling the vital positions on land. Over 10,000 women volunteered to enlist and fill these roles.

The Coast Guard SPARS were also the first women allowed into a military academy.

After basic training, Johnson was assigned as a storekeeper with the Coast Guard’s 9th District in Cleveland, Ohio as a Second Class Petty Officer. In March of 1945, she married a Merchant Marine while on approved leave from her Coast Guard duties. Just two months later, victory was declared in Europe.

In an interview with the Coast Guard Compass, Johnson shared how bells were ringing throughout the day, whistles were blowing and everyone was throwing paper out of windows. “Euclid Avenue was knee deep in paper,” she said.

Following the end of the war, Johnson requested a “mutual” transfer to New York City to be near her husband where she served until 1946 when the SPARS was officially dissolved. Despite its official end, it marked a new beginning for the Coast Guard. Johnson has continually been recognized by modern Coast Guard leadership throughout the years and repeatedly honored for her service.

With Johnson living outside of Kansas City since 1991, throwing the first pitch for the Royals was extra special. The scheduled event was a celebration of the 75th anniversary of World War II ending, which had been delayed a year due to the pandemic.

Looking back on her time in the Coast Guard during World War II, Johnson told KCTV that she’d serve and do it all over again if she could.

“I am extremely proud of our Coast Guard SPARS. No matter their age, they continue to represent our core values of Honor, Respect, and Devotion to Duty,” Master Chief Petty Officer of the Coast Guard Jason Vanderhaden said. “Bravo Zulu Ms. Mabel Johnson, you are a role model for all.”