The time a prostitute stowed away aboard the USS Arizona 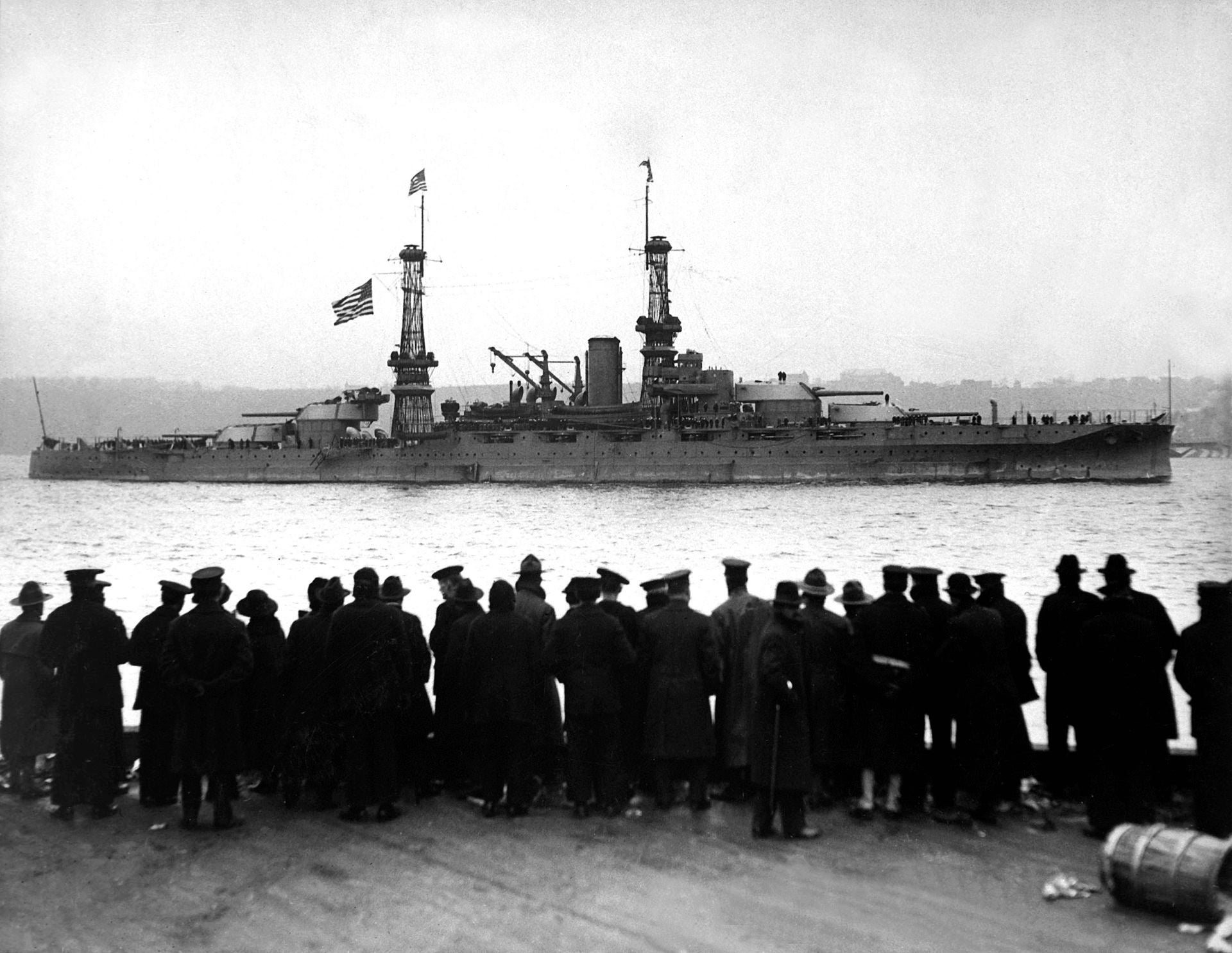 Whether they’re ashore or at sea, sailors are some of the best in the military at smuggling contraband. However, just because they get something on board doesn’t mean it always goes undetected. During the early 20th century, sailors aboard the USS Arizona (BB-39) succeeded in smuggling a most notable contraband aboard before being caught. In fact, it almost ruined the career of future Naval hero and Chief of Naval Operations Arleigh Burke.

In March 1924, the Arizona was anchored off Manhattan. During their shore leave, a group of sailors met a 19-year-old prostitute named Madeline Blair. Blair told the sailors of her dream to go to Hollywood and become a star. As it happened, the Arizona was due to sail for San Pedro, California and the sailors offered to smuggle her aboard.

To disguise herself, Blair cut her hair short. Wearing a uniform, cap, and coat provided by the sailors, she boarded the warship amongst the sailors who pretended to be drunk to distract the officer of the deck from Blair’s presence. Once aboard, the sailors hid Blair in an unused generator compartment. A deal was struck with the cooks to provide her with meals for $10, or just over $170 in 2022 adjusted for inflation, per day. Blair also practiced her trade from the generator compartment at a rate of $3 per session, or just over $51 in 2022.

As the Arizona sailed south towards the Panama Canal, the temperature rose and the belowdecks compartment became unbearable for Blair. At night, she snuck up on deck for a reprieve, usually wearing jeans and a work shirt. Blair even tested her disguise on deck during an evening movie screening. In the middle of the movie, the sailor next to her reportedly reached into her breast pocket seeking a match to light his cigarette as all sailors were known to keep matches there. Feeling Blair’s breast, the sailor was shocked, but did not raise the alarm. Blair retreated belowdeck and the sailor reported the incident to an officer, but was dismissed as being ridiculous.

On April 12, after transiting the Panama Canal, the Arizona was off the coast of Balboa, Panama and making final preparations to sail for California. Blair, who was on deck throughout the evening, remained on deck into the break of dawn. While stopping at a scuttlebutt for a drink of water, she was spotted by the ship’s chief radio operator who identified her as a woman and reported the presence of a female stowaway to the deck officer. A search was conducted and, despite her best efforts, Blair was apprehended.

Despite her capture, Blair refused to name the sailors who smuggled her aboard and assisted in her hiding. Attempting to delay further action and remain aboard until the ship sailed for California, she claimed that were other women hiding on board. Another search was conducted but found no one and Blair was put ashore in Balboa. Panamanian authorities deported her back to New York aboard a passenger ship and billed the U.S. Navy for the fare.

The Madeline Blair Affair brought down severe punishments on the officers and crew of the Arizona. The ship’s skipper, Captain Percy Olmstead, convened courts-martial for 23 enlisted men when the ship began her refit at Bremerton Navy Yard. Subsequent brig sentences of up to 10 years were imposed on them. The Battle Fleet Commander, Admiral Henry Wiley, issued letters of reprimand to all of Arizona‘s officers, including then-Ensign Arleigh Burke.

In 1928, Blair published her story in the American Weekly Magazine section of The San Francisco Examiner. Two years later, Chief of Naval Operations Admiral William Pratt, who thought Wiley’s punishments were excessive, ordered the letters of reprimand be stricken from the officers’ records. Unfortunately, he could not reverse the results of the courts-martial for the enlisted sailors.