Off the shore of Staten Island is PC 1264’s grave 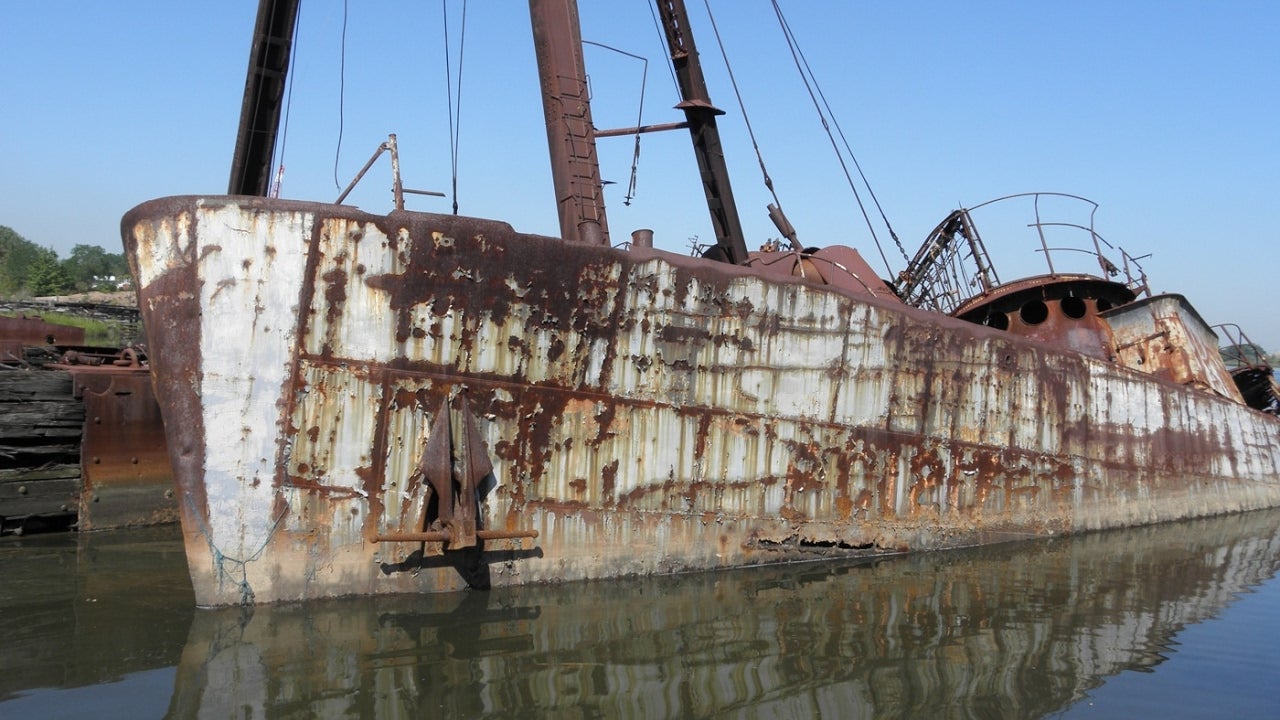 Just off the western shoreline of Staten Island – on a body of water called the Arthur Kill – is the graveyard for a ship that deserved much better. The vessel received no name other than the PC 1264 even though it remains a part of U.S. Naval history. She only served for 22 months in combat, with her keel laid in October 1943 and her decommissioning in February 1946.

The ship served as a submarine chaser in the North Atlantic hunting for the Nazi wolf pack. Some believe that PC 1264 wounded a German U-Boat, U-866, after a chase near Buoy Able in February of 1945. German submarines would hide out under Buoys as sonar was being developed by the Allies.

PC 1264 was initially manned with 53 African Americans and its commander was a white officer, Lieutenant Eric Purdon. Several incidents, both good and bad, followed the ship early on. After traveling up the Hudson to load ammunition at Iona Island, Lt. Purdon had trouble getting permission to dock with the ship’s load. In a last shot, they requested permission from the U.S. Military Academy at West Point. Not only were they allowed to dock, West Point opened its doors to the crew, providing buses and even tours to the sailors.

The ship sailed south to Miami to the then Submarine Chaser Training Center. There, the harassment included long inspections of the returning sailors’ identification cards when coming back on base (by white civilian guards). It was rumored that there was a plan to shoot up the ship. Another chaser crew (of whites) overheard the threat, armed themselves and stood at the gate backing off the white civilian guards.

PC 1264 began serving escort duty in 1944 and provided escorts to shipping, to include protecting the French submarine Argo to avoid it being confused with a German U Boat. A spy revealed the Germans planned to use its U Boat fleet to launch V-1 and V-2 rockets at the ports of the United States in January 1945. PC 1264 ran patrols from New York to Virginia, protecting these ports and the American shipping.

In May 1945, a new officer reported aboard the ship to serve as second in command. Ensign Samuel Gravely, an African American from Richmond, Virginia, would eventually become the Commanding Officer of the vessel. While in Miami, the Shore Patrol detained Ensign Gravely, believing he was impersonating an officer. His crew came to his defense in a heated confrontation. Once it was clear that he was, in fact, a United States Naval Officer, the Shore Patrol backed down.  However, the base Admiral demanded then white Commanding Officer Purdon to court martial the black enlisted sailors that had come to Gravely’s defense. Lieutenant Purdon, citing his authority as a Commanding Officer of a ship of line, refused to do so. PC 1264 left for sea shortly thereafter.

Ensign Gravely had the final task of commanding the ship, then with its full complement of African American sailors, to its decommissioning and transfer to the Arthur Kill graveyard on Staten Island. Gravely went on to a successful Navy career, retiring as a Vice Admiral.

PC 1264 sits, today, in the mud until the wind, rain and rust cause her to disappear below the water line.