This incredible USS Arizona memorial is on American Indian land 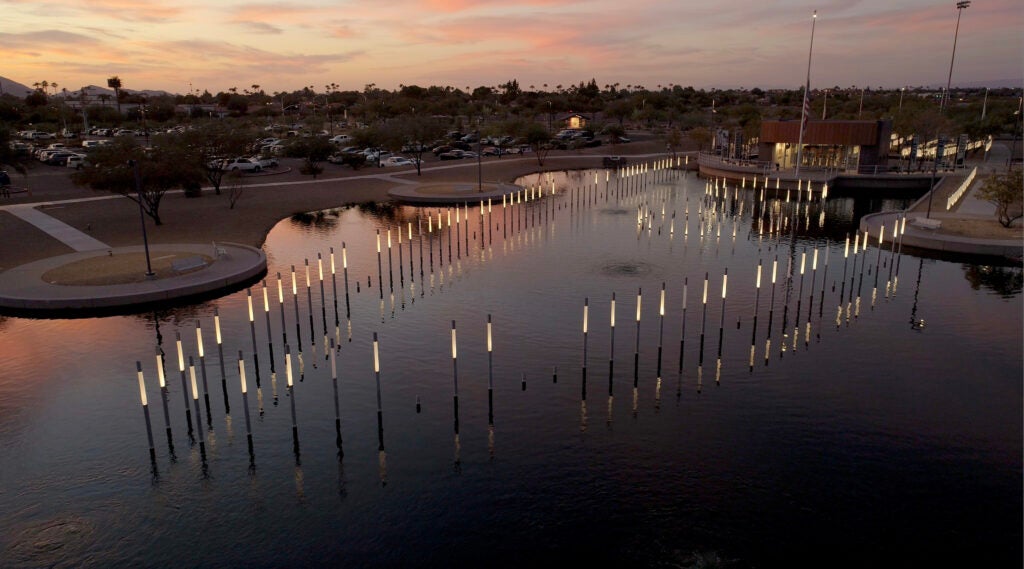 In 2007, the Salt River Pima-Maricopa Indian Community of Arizona was gifted an American flag that was flown over the USS Arizona Memorial at Pearl Harbor. Community veterans of the American Legion “Bushmasters” Post #114 traveled to Hawaii to receive the flag. For the ceremony, the National Park Service gave permission for the visitors to conduct military honors and cultural ceremonies. Before the flag presentation, honors were rendered along with the singing of traditional O’Odham songs and a Hopi warrior song. A Pearl Harbor survivor asked to present the flag to the Community representatives. Upon presentation, he told them, “Open the flag on December 7th and remember all who have given their lives while in service to the country.” The Salt River Pima-Maricopa Indian Community has kept this promise every year since.

Every December 7, the gifted flag is opened and turned in the four cardinal directions. This gesture by the Salt River Indian Community honors all veterans who have laid down their lives as well as their families. The flag inspired the Community to further honor the memory of those who died at Pearl Harbor by obtaining a salvaged portion of the USS Arizona to create a memorial. In 2014, a contingent from the Community traveled to Hawaii to finalize the appeal.

The Community representatives met with the Department of Defense, U.S. Navy, and the Navy League. It was clear to these organizations that the Community sought to recognize their connection to the USS Arizona by memorializing a significant piece of the ship to honor the fallen crew. Over the course of four years, the DoD searched for a suitable relic of the Arizona to gift to the Salt River Indian Community. Three options were presented and a piece called the Boat House was selected by the Community for its size and significance. The salvaged relic actually served as part of the deck structure for the first USS Arizona Memorial in 1950.

The makeshift memorial was deemed unsafe due to rust and degradation. It was deconstructed and placed in outdoor storage in Hawaii where it was all but forgotten. The Boat House had to be cleared of over 60 years of overgrowth by Navy Seabees so that it could be shipped from Hawaii to Arizona. The Seabees then welded a stabilizing framework and constructed a special crate to protect the relic during transit. It was shipped to Long Beach, California by boat and on to Salt River, Arizona by truck. Today, the Boat House serves as the center point for the USS Arizona Memorial Gardens at Salt River.

The Memorial Gardens is a 5-acre development on tribal land near Scottsdale, Arizona. Making up the memorial itself are 1,512 columns, one for each crewmember who served aboard the USS Arizona on December 7, 1941. Columns outline the perimeter spanning 608 feet long and 97 feet wide; a one-to-one scale with the Arizona. 334 shorter, unlit columns throughout the memorial represent the survivors of the Arizona. At the center of the memorial is the enclosure that houses both the Boat House and the USS Arizona Memorial Flag. Flanking the enclosure are metal bars suspended by wire, each one bearing the name of a fallen Arizona crewmember.

The Memorial Gardens provide a quiet and solemn place for contemplation. Extending out over the lake, the lit columns reflect on the still water’s surface at night in stark contrast to the horror and chaos of December 7. This incredible memorial from the Salt River Pima-Maricopa Indian Community honors the fallen crewmembers of the Arizona and affirms the Community’s dedication to honoring all those who have given their lives in service to the country.