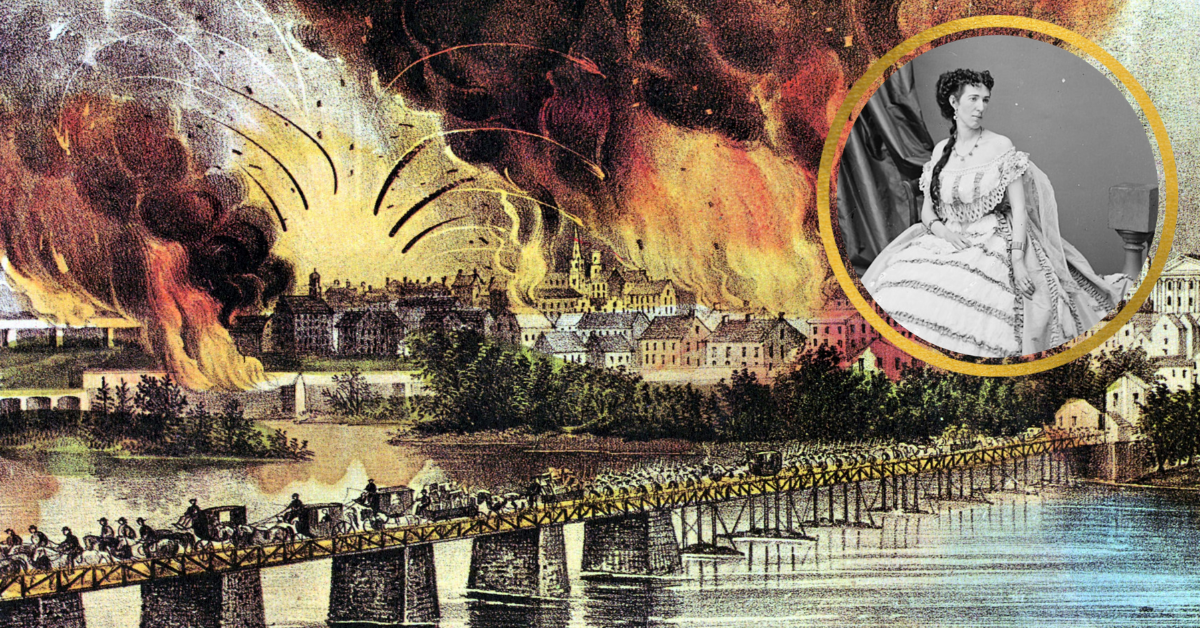 One of the most prominent Confederate spies of the Civil War was none other than Belle Boyd. Credited for reshaping the Rebel’s war efforts, Maria Isabella Boyd AKA Belle, was born in modern-day West Virginia to a Southern family. Her father fought as a Confederate soldier and at least three additional family members were listed as spies for the South.

At just 17, she got a rocky start into the profession when she gunned down a drunk Union soldier. The man had spoken unkindly to her and her mother, and in anger, she grabbed a pistol and fatally wounded him. She was not reprimanded for the shooting, and instead, used the event to become a “rebel spy” in 1861. However, after the event, she was watched by soldiers, which taught her not only how to live under surveillance but how to charm enemy forces. She soon made friends with one of her first guards, who is said to have provided her with flowers and key war secrets.

From there on, Boyd was hooked. She began passing information and finding new ways to get secrets from soldiers. Her biggest tool was flirtation, using her beauty and flattering wardrobe choices in her favor. However, she was caught during one of her first spy missions, causing her to find more secretive ways to pass data. She then began using her slave, Eliza Hopewell, who traveled with information in a hollowed watch case. Hopewell would deliver the secrets, allowing Boyd to continue in the shadows.

Over the next two years, Boyd traveled between battles, earning the trust of Union soldiers through flirtation and friendship. Her efforts were so prolific she was soon known by the Union forces, with descriptions of her attire published so leaders could be on the lookout.

Her biggest claim to fame is passing along key info to Thomas “Stonewall” Jackson, just before he went into battle. She told him the Union force was small and to forge ahead toward triumph. It’s said Jackson wrote to her and thanked her personally for helping the cause. The event also earned her the Southern Cross of Honor.

Boyd was arrested six times before she was finally put into prison in 1862. She served a month before being released, then was imprisoned again the following year. This time she was imprisoned for five months, where, behind bars she sang Dixie — the de facto national anthem of the South, waved Confederate flags from her window, and continued to pass messages. By receiving a rubber ball via bow and arrow, she would sew messages inside the ball that was then received by other spies.

By the end of the year, Boyd was released from prison after coming down with typhoid fever. A stipulation of her release remained that she not return into Union territory. However, she, with the help of her future husband, a Union soldier, traveled to Canada, then to England where the two were married.

While in England, Boyd wrote her memoirs, which are seen as highly sensationalized to this day, Belle Boyd in Camp and Prison. The stories were performed on stage and listed as The Perils of a Spy, starring Cleopatra of the Secession.

After the death of her first husband, she returned to the United States where she married twice more and traveled the country giving dramatic performances of her involvement within the Civil War.