These twin brothers served in three wars - We Are The Mighty 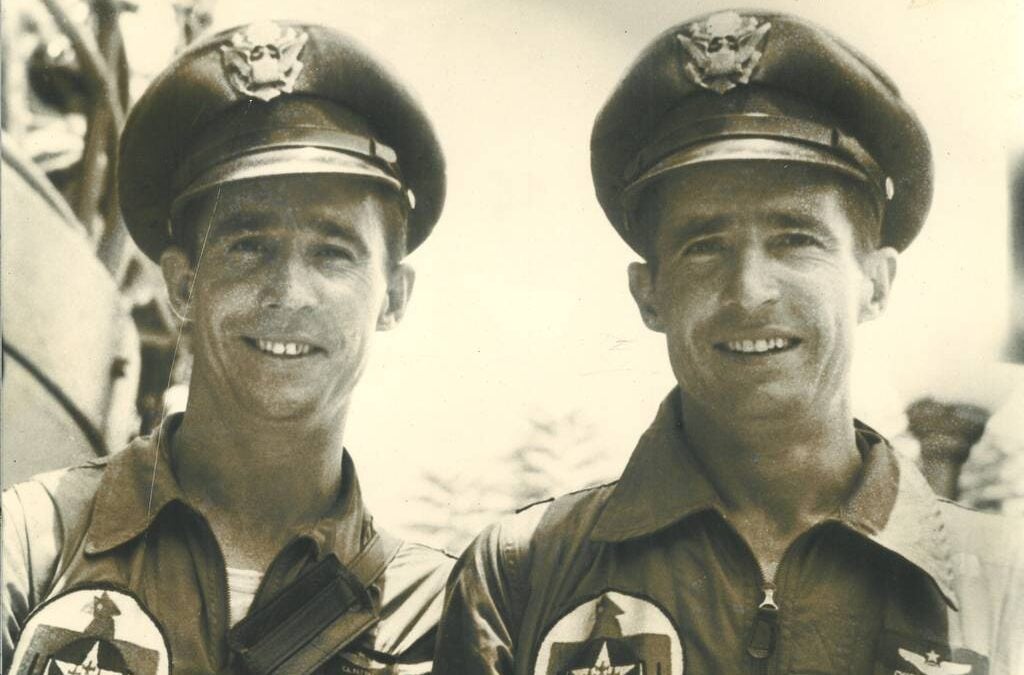 In November 1942, Cuthbert “Bill” Pattillo and Charles “Buck” Pattillo of Atlanta, Georgia enlisted in the U.S. Army Air Force. The twin brothers, born just seven minutes apart, completed the aviation cadet program and received their wings and officer’s commissions at Marianna, Florida in March 1944. Together, the Pattillo brothers trained as fighter pilots and were both assigned to the 352nd Fighter Group, Eighth Air Force in Europe.

During WWII, Charles earned the Distinguished Flying Cross and Air Medal with two oak leaf clusters. Meanwhile, Cuthbert distinguished himself by shooting down a jet-powered German Me 262 and destroying six other enemy aircraft. On April 16, 1945, he was shot down by enemy anti-aircraft fire and captured. Cuthbert remained a POW until the end of the war.

After WWII, the Pattillo brothers were released from active duty and enrolled in the Georgia Institute of Technology. During their time in school, they simultaneously served in the Georgia Air National Guard’s 54th Fighter Wing. In early 1948, both brothers were recalled to active duty and served with the 31st Fighter Group. The Pattillo brothers went on to serve in Germany with the 36th Tactical Wing and helped form and flew with the Skyblazers, NATO’s Air Force aerial demonstration team.

Both Pattillos were later assigned to Luke Air Force Base, Arizona as gunnery instructors. There, they were part of the group that formed the legendary Thunderbirds, the Air Force’s official aerial demonstration team. Cuthbert flew right wing and Charles flew left wing in the original 1953 team.

The brothers made a career of the Air Force, continuing to serve on active duty through the Korean War and Vietnam War. Charles went to Southeast Asia first in March 1968, serving as vice commander of the 8th Tactical Fighter Wing in Thailand before taking command four months later. In October 1968, Cuthbert was assigned as vice commander of the 31st Tactical Wing in Vietnam before taking command himself in February 1969.

Cuthbert rose to the rank of Major General before retiring in 1980. Charles retired the next year, one rank higher, as a Lieutenant General. Both men retired in Virginia before their deaths; Cuthbert in 2014 and Charles in 2019. On September 14, both brothers were interred in Section 60 of Arlington National Cemetery. Cuthbert’s wife, Joyce, and Charles’ wife, Bobbie were also interred during the service. Fittingly, the Thunderbirds performed a double missing man formation flyover for the funeral, saluting two of the squadron’s founding members.