Tuskegee Airman Lt. Col. Alexander Jefferson passed away at 100 - We Are The Mighty 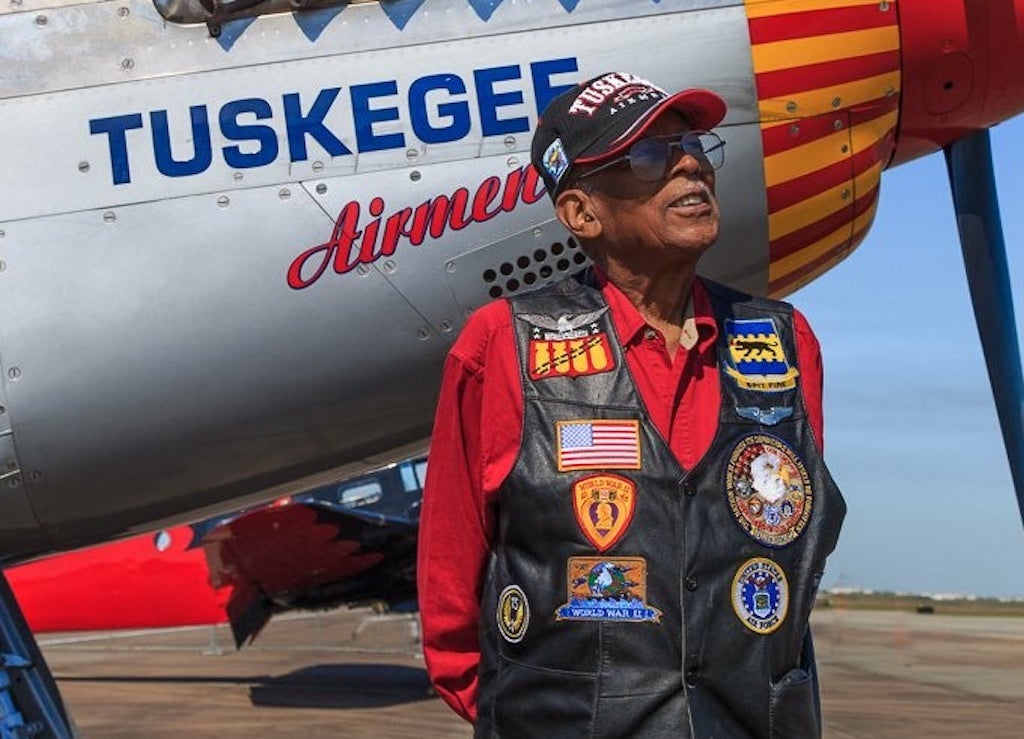 Lt. Col. Alexander Jefferson was a member of the famed 332nd Fighter Group, better known as the Tuskegee Airmen. One of the first African American fighter pilots, Jefferson served during WWII, remained in the Air Force Reserve after the war, and rose to the rank of Lieutenant Colonel. In his civilian career, Jefferson worked as an educator for over 30 years. On June 22, 2022, Jefferson passed away at the age of 100.

Jefferson was born in Detroit, Michigan on November 15, 1921. In 1942, he graduated from Clark College in Atlanta, Georgia with a Bachelor of Science degree in Chemistry and Biology. With America in the war, Jefferson joined the Army Reserve and volunteered for flight training. However, the armed forces were segregated at the time and he was denied. Jefferson worked as an analytical chemist and entered graduate school at Howard University in Washington, D.C. before again applying to the Army Air Force.

In April 1943, Jefferson got his wish. He received orders to report to Tuskegee Army Air Field, Alabama and begin flight training. After completing the training, Jefferson was commissioned and received his wings. He was assigned to the 332nd “Red Tails” Fighter Group at Ramitelli Airfield where he flew the P-51 Mustang. With the 332nd, Jefferson flew bomber escort missions over Europe. The fighters also attacked ground targets on low-level missions.

On August 12, 1944, during his 19th mission, Jefferson was shot down while attacking an air control tower in Toulon, France. He parachuted safely but was immediately captured by German forces. Jefferson was sent to the Stalag Luft III POW camp in Poland, a special facility for Allied air crews run by the Luftwaffe. In his book, Red Tail Captured, Red Tail Free: Memoirs of a Tuskegee Airman and POW, Jefferson noted that he was treated the same as the other Allied officers by his German captors.

Jefferson was later moved to Stalag VII-A outside Dachau before he and the other prisoners were marched to Munich. On April 29, 1945, they were freed by the U.S. Third Army. After his liberation, Jefferson returned to the United States aboard the RMS Queen Mary, arriving in mid-1945. After the war, he served as an instrument instructor at Tuskegee until its closure in 1946. Jefferson left active duty in 1947, but remained in the Air Force Reserve.

Jefferson returned to Detroit and received a teaching certificate from Wayne State University in 1947. He taught elementary school science for the Detroit Public School District. Jefferson earned his Master’s Degree in Education from Wayne in 1954 and went on to become assistant principal in 1969. Ten years later, he retired.

In 1995, Jefferson was inducted into the Michigan Aviation Hall of Fame. On March 29, 2007, he and all other surviving Tuskegee Airmen were collectively awarded the Congressional Gold Medal at the U.S. Capitol. In 2004, President George W. Bush awarded him the Purple Heart for wounds received when he was shot down in 1944. During his military service, Jefferson also earned the Distinguished Flying Cross, the Bronze Star, and the Air Medal. In 2021, he was awarded the key to the city by Detroit.