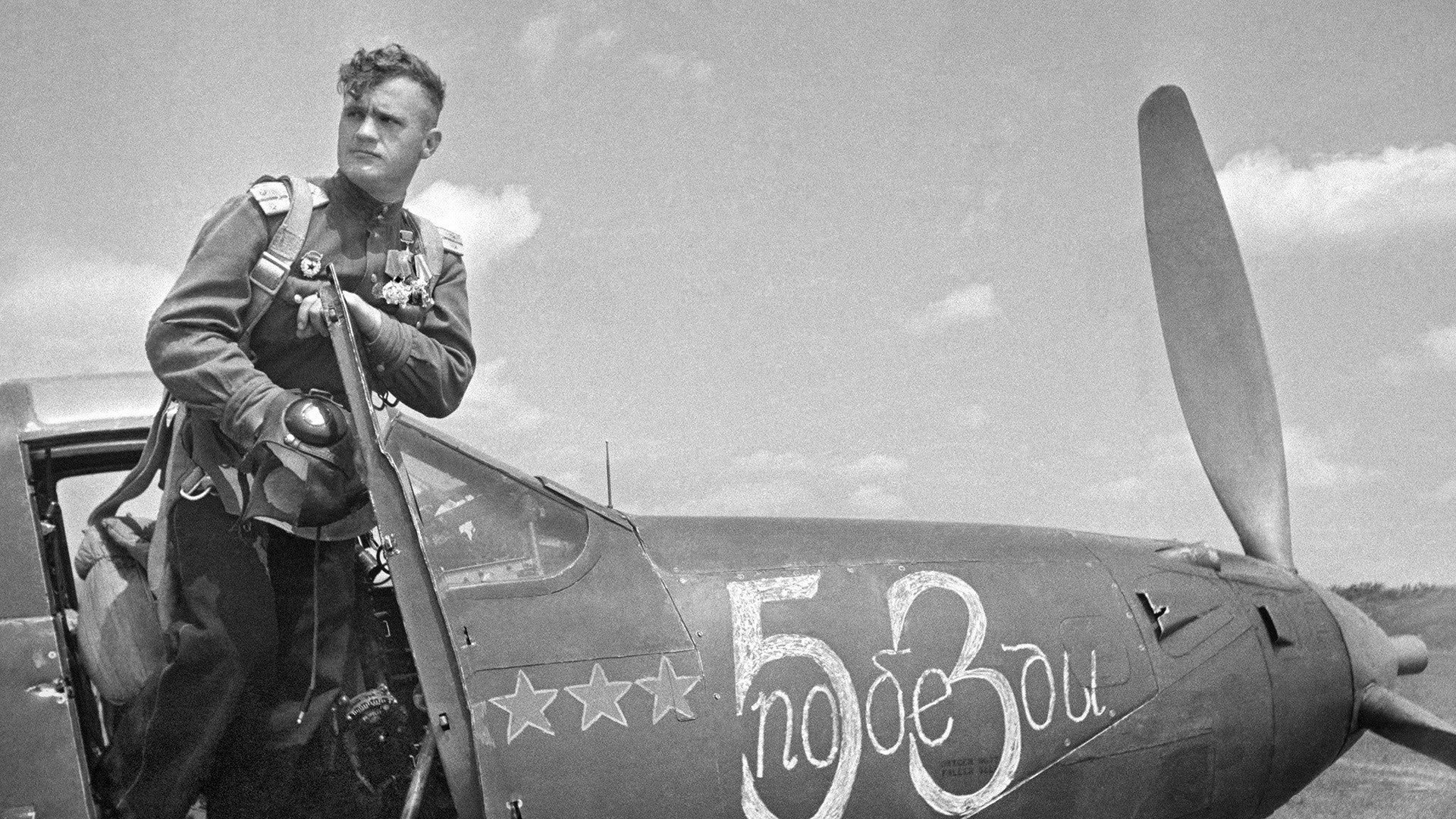 Today, the Bell Aircraft Corporation is best known for making helicopters like the legendary UH-1 Iroquois. Aviation enthusiasts will recall that the company also made the X-1, the rocket-powered aircraft that took Chuck Yeager past the sound barrier. However, Bell also made one of the deadliest American fighter planes of WWII. It just wasn’t flown very much by Americans.

In the early years of WWII, after Hitler’s betrayal, the Nazis had the Soviet Union on the back foot. The German Operation Barbarossa opened up the Eastern Front and resulted in the deaths of millions of Soviets. Still officially neutral in the war, the United States sent massive amounts of its own war material to the Soviet Union through the Lend-Lease program. One fighter that proved very popular with Soviet pilots was the Bell P-39 Airacobra.

In 1937, the Airacobra was conceptualized as a high-altitude interceptor. It featured an unconventional design with its engine behind the cockpit. While this allowed for better balance and maneuverability, the P-39’s high altitude performance was handicapped by its lack of a turbo-supercharger. As a result, it was rejected by the RAF and saw limited service with the U.S. Army Air Forces. The Airacobra was outclassed by the Japanese Zero and earned a poor reputation amongst American pilots. Redesignated as the P-400 in American hands, pilots in the Pacific theater joked that the plane was simply a P-40 with a Zero on its tail.

Equipped with .50 caliber machine guns and a nose-mounted 20mm or 37mm cannon (depending on the model), the P-39 had the teeth necessary to take on the Luftwaffe. In fact, Soviet pilots would remove the two wing-mounted machine guns and keep the nose-mounted guns and cannon to improve the aircraft’s roll rate. “I liked the Cobra, especially the Q-5 version,” recalled Soviet P-39 pilot Nikolai Golodnikov. “It was the lightest version of all Cobras and was the best fighter I ever flew.”

The Soviet mission of the P-39 was prikrytiye sukhoputnykh voysk, meaning “coverage of ground forces.” However, Soviet doctrine did not interpret this task the same as Western militaries. Although the P-39 did perform strafing runs against infantry and soft targets, this was not its primary task. Despite carrying a cannon, the P-39s provided by the U.S. were only sent with high-explosive cannon rounds. Without armor-piercing rounds, Soviet P-39s were unable to effectively engage German armor. However, the HE rounds were extremely effective at tearing apart German bombers. It even outperformed early and mid-war Messerschmitt Bf 109s. During the Battle of Kuban River, the P-39 was the predominant Soviet fighter asset.

Five of the ten highest-scoring Soviet aces logged the majority of their kills in the P-39. Aleksandr Pokyrshkin scored 47 of his 59 kills in a P-39, making him the highest-scoring P-39 pilot of WWII. Moreover, he is the highest-scoring Allied pilot to fly an American aircraft. Comparatively, only one American pilot became an ace in the Airacobra. Ironically, the last plane shot down by the Luftwaffe and the last Soviet plane to score a kill during WWII was also a P-39.

During the war, 4,719 P-39s were sent to the Soviet Union. They accounted for over a third of all U.S. and UK-supplied aircraft sent to the Soviets and nearly half of all P-39s produced. Along with its derivative, the P-63 Kingcobra, the P-39 is one of the most successful aircraft ever produced by Bell.