This French military officer was the real-life ‘Last Samurai’ 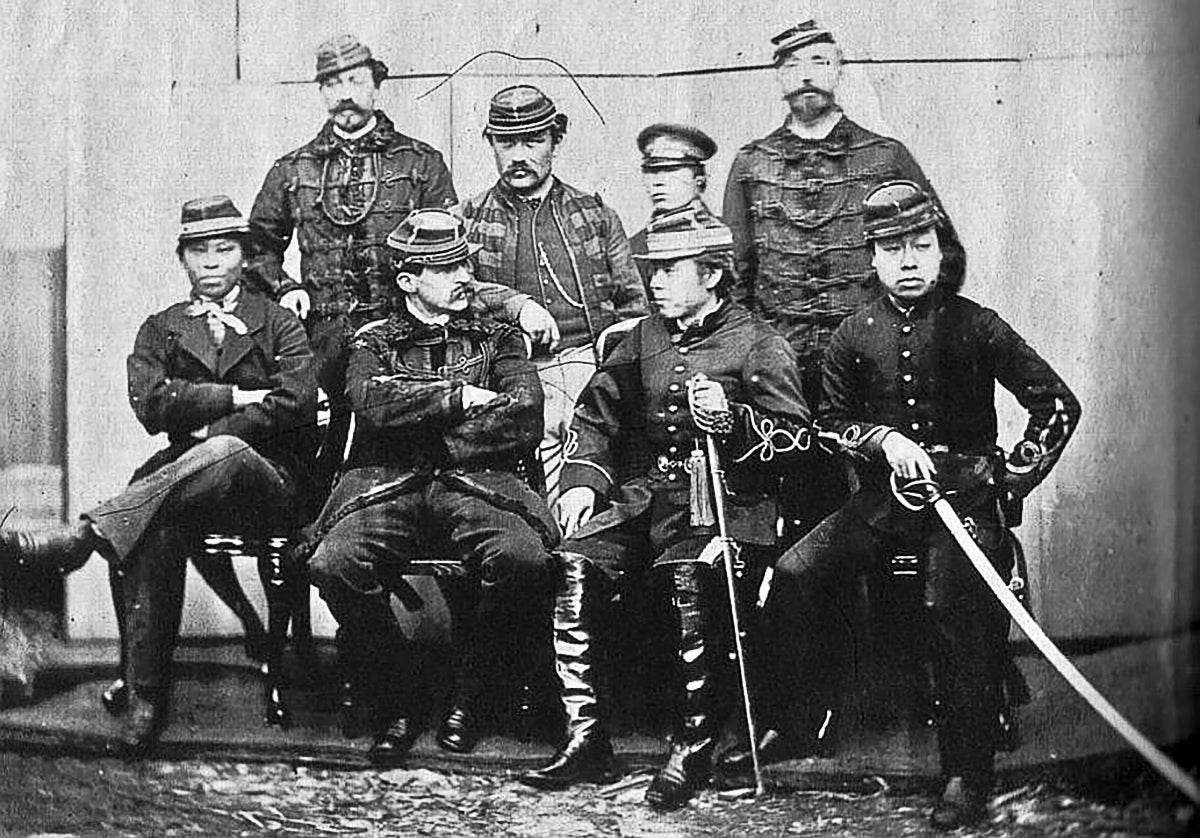 Jules Brunet wasn’t really the “last” samurai anymore than Tom Cruise’s character in the movie of the same name was. But he was a military officer sent to Japan to update and modernize the Japanese Army under the aging Tokugawa Shogunate.

By the time Brunet arrived in Japan with the French military mission, he was already a veteran of the French Invasion of Mexico and a recipient of the Legion of Honor, awarded by Emperor Napoleon III himself. When it came time to form a military mission to Japan, Brunet and his artillery skills were at the top of the list.

The French mission arrived in January 1867 to train the shogun’s troops in the ways of Western fighting. They lasted about a year before the Tokugawa Shogunate was overthrown and Emperor Meiji was restored to power. France ordered its military officers to depart Japan in the wake of the fighting.

Brunet, having worked and trained with his shogun-loyal troops for the past year, decided not to go. Instead, he resigned his commission in a letter to the French Army and to Napoleon III himself.

The artillery officer reasoned that the shogun’s loyal troops had also been loyal to France. They had enough men to win the war if those men were simply well-led. So Brunet wanted to stay in Japan and help lead the Japanese officers and men against the Meiji forces. The war, however, did not go well for the shogun’s adherents.

They experienced setback after setback, eventually ending up on the island of Hokkaido, where they captured the main port and established a new government. Brunet was made foreign minister of this new country. Brunet helped reorganize the shogun’s army and prepare for an attack by the Imperial forces.

In June 1869, the shogun’s loyal troops were finally defeated and the Meiji Restoration was complete. Brunet’s adventure was far from over, however. The Frenchmen who helped the shogun rebel against the emperor’s power were well known and the French were forced to flee Japan. They escaped aboard a French ship, but were arrested by French diplomats and sent home to France.

The French Army wanted to throw the book at Brunet and the other deserters who remained in Japan for the war against the emperor, but the French people had discovered what happened to Brunet in the far east. They were enamored with the officer and his dedication, so the government was hesitant to give him too harsh a punishment. He got a light sentence of six months.

Later, some two decades after the Meiji Restoration, an ally of Brunet’s would become rehabilitated in the eyes of the new Japanese government, joining it and taking his former position as a high-ranking official in the navy. With his ascendance, Brunet’s transgressions against the emperor were forgiven. Brunet even received decorations from the Imperial Japanese government.

Back in France, A light sentence turned out to be the best thing for both France and Brunet. He rejoined the French Army in 1870, just in time for the Franco-Prussian War. The hero of France’s Mexican wars and his Japanese adventure would now use his experiences to fight the Germans at Spicheren, Mars-la-Tour and Metz. He was captured during the fighting and taken out of the war, but his service to France didn’t end.

He stayed in the army until he was given a general’s rank.