This war was started over a bucket - We Are The Mighty

This war was started over a bucket 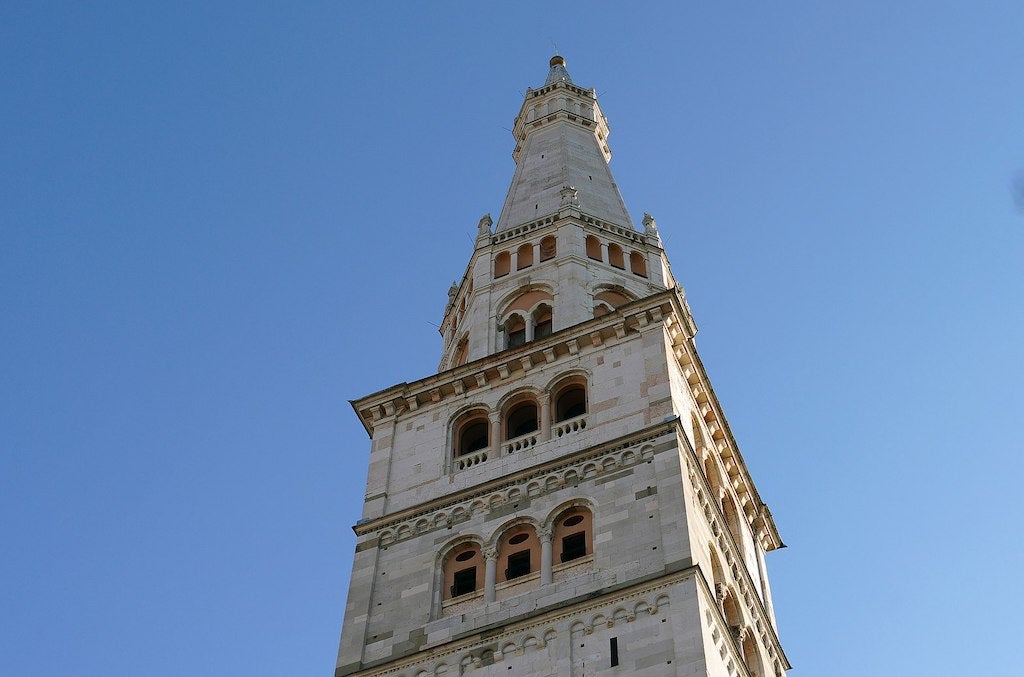 Torre della Ghirlandina, where the bucket was kept. (Wikimedia Commons).

As in, a literal bucket. A container that is most often used today for gardening, carrying things, even sitting when a chair can’t be found – that is the source of a war fought long ago. Or … at least that’s what the rumor tells us. Others say that the bucket wasn’t the cause of the war itself, but the trophy for the prevailing side.

In any case, here’s what went down: The War of the Oaken Bucket was fought in 1325 between Bologna and Modena, two cities located in modern-day northern Italy. The cities still exist today, but centuries ago, they were home to people known as the Guelphs and Ghibellines, who disagreed over religion and politics, aka basically the biggest problems they could have.

The Guelphs and Ghibellines fought over their allegiances (one to the Pope and the other to the Holy Roman Emperor) for centuries. The War of the Bucket was just one of their disagreements, and it began one of two ways.

Because tensions were high between sides, acts of violence had been taken with increasing intensity. Just a few months before the overtaking and/or bucket incident, the Bolognese destroyed enemy fields. For weeks they lit fires and used swords against their enemy’s crops. The Modenese retaliated by decapitating soldiers.

From there, Bologna grew their army, enlisting and training 32,000 soldiers to pair against Modenese’s 7,000. Despite the differing sizes in force, however, Bologna took their home field advantage all the way to the battle’s end, but not far enough. Both armies reportedly lost 2,000 men, but the Modenese remained victorious.

Supposedly, Modena soldiers took a well bucket on their way out of town as a trophy for taking down the supremely larger army.

After the battle had ended, it was memorialized in a heroic epic poem by Alessandro Tassoni. The poem was meant to poke fun and served as one of the first comedies of this type. Within each stanza, the same wooden bucket was referenced and its importance and why it was stolen. Including it having held Bologna treasure from the stolen castle.

While it was understood to be satire, the lore of the bucket lived on. Tassoni published the poem in 1622, but used a pen name and published out of Paris to avoid hurting feelings among the still-divided areas of Italy. After its popularity grew, illustrations were added in a version printed out of Venice, using Tassoni’s real name.