How the Iran Hostage Crisis changed the pistachio industry 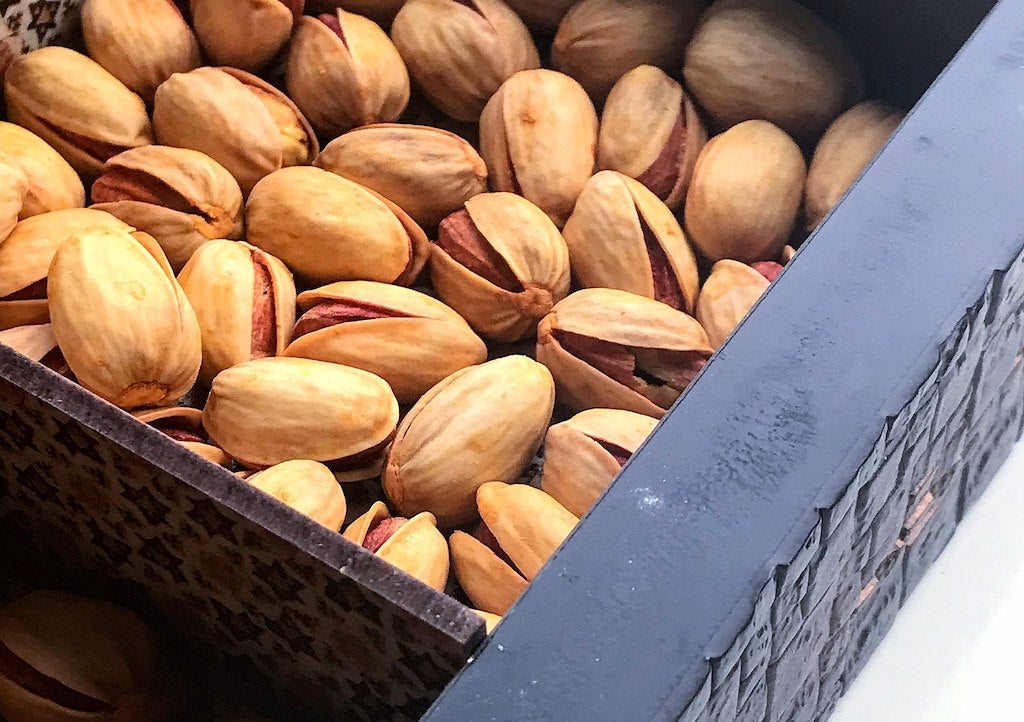 The younger crowds may not remember a time when eating a bag of pistachios meant dealing with your fingertips and lips being dyed red for a short time afterward. This is because pistachios – nearly all pistachios sold in the U.S. – had their shells dyed red.

Pistachios were the only nut to feature a dye and though they were famous for leaving their mark, people still loved them enough to buy them anyway. Then, suddenly, somewhere along the way, red dye disappeared from pistachios and store shelves altogether. No longer would anyone be caught red-handed with pistachios.

It’s actually all because Iran took American hostages and the U.S. waged economic warfare in retaliation.

How red dye on these nuts became popular with pistachios and no others is actually a bit of nut folklore. One story says that a Syrian merchant began dying his shells red as a marketing ploy, to distinguish it from the competition. Another, much more likely story is that nut producers began dying the shells to hide any unsightly imperfections.

In either case, the dye caught on and before long, everyone was doing it. Most pistachios were imported from the Middle East until 1980, but since American consumers were so accustomed to the red nuts, U.S. producers followed suit. What happened in the years leading up to the 1980s is pretty much why no one dyes them any more.

Toward the end of that decade, the Shah of Iran fled the country and Iran was thrown into chaos. For almost all of 1979, the final outcome of the Iranian Revolution was unclear. After the Carter Administration admitted the Shah into the U.S. to be treated for his cancer, Iran demanded his extradition to face a trial for his repressive regime.

The United States rejected the demands of the revolutionaries and on Nov. 4, 1979, the revolution culminated in the storming of the American embassy in Tehran. According to the Iranian government, which was then led by Ayatollah Ruhollah Khomeini, it was students from the local university who took 52 U.S. diplomatic service workers hostage.

For 444 days, the administration of President Jimmy Carter sought a peaceful resolution to the hostage crisis. In the meantime, Carter began to put pressure on the new Islamic Republic in every way he could to try to force a resolution. Carter froze all Iranian assets abroad and implemented economic sanctions on all Iranian exports, which included everything from oil to pistachios.

By April of 1980, negotiations had gotten the Americans no closer to freeing their hostages, so Carter placed an all-out embargo on anything Iranian. For pistachio exporters, this was catastrophic. Most of the pistachios consumed worldwide came from Iran or Syria, which was soon to become an Iranian proxy power.

With a hole in the market, farmers in the U.S. state of California took up the mantle of becoming the country’s premiere source of pistachios and, eventually, filled the hole left by the Iranian sanctions and embargoes. Today, California produces 98% of all pistachios consumed in the United States.

As for the red dye, American sentiment toward anything from the Middle East took a sharp 180-degree turn after the storming of the U.S. embassy in Tehran, so pistachio producers stopped using the dye so that Americans would know they were eating freedom nuts and not a Middle Eastern import.